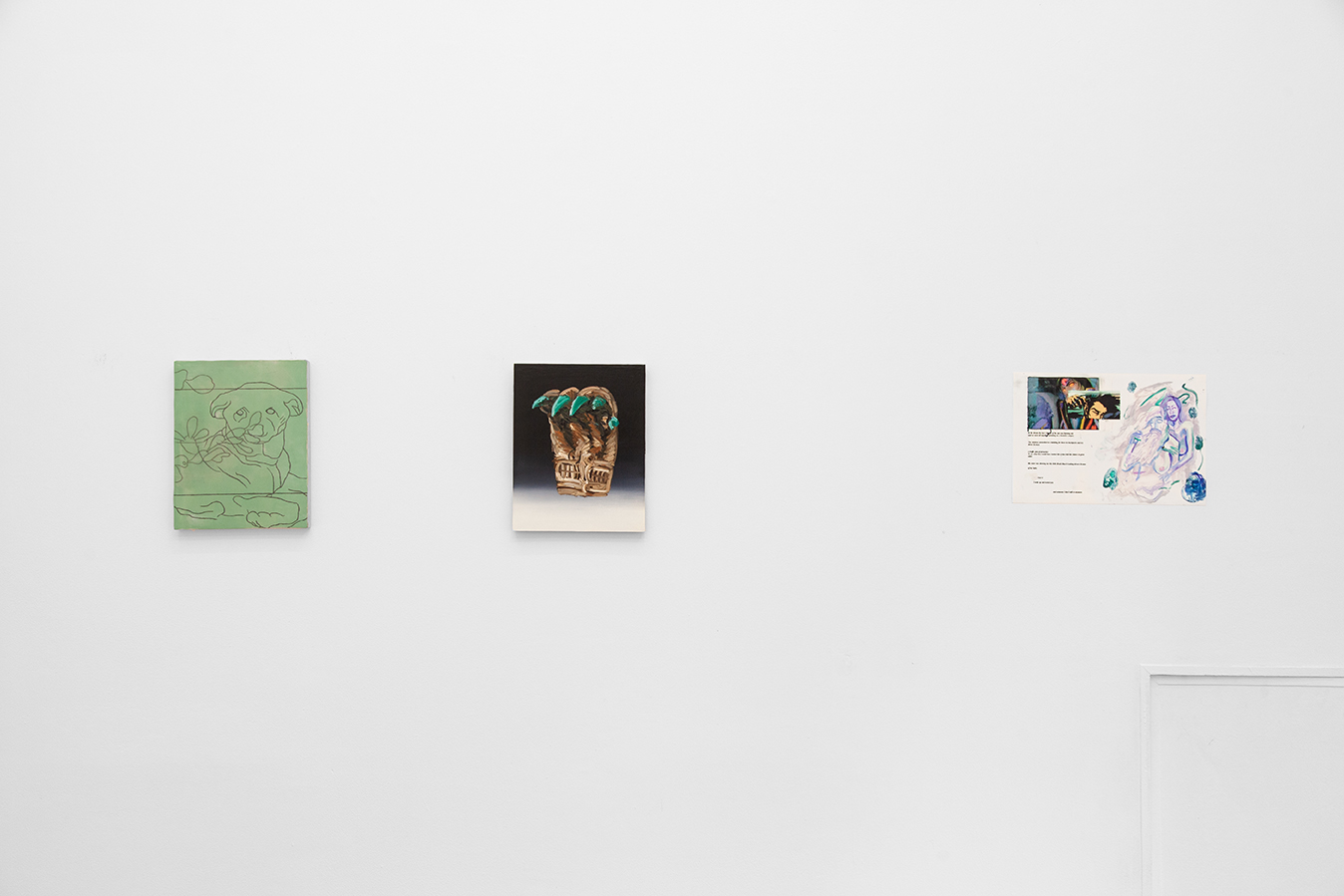 A PEARL LASER ON THE GOTHIC HOLODECK

What is the difference between a portal and a mirage?
Philip K. Dick’s perception of the world was transformed by a pink laserbeam,
a bright light that bounced off of a necklace and entered his brain through his eyes, revealing that the world is superimposed of multiple timelines; the cul-de-sac exists at the same time as the Roman Coliseum and the Christian gladiatorial fights. A portal opened the shape and size of his head, a fishbowl of perception and layered reality.
What makes it through the portal is affected by materialist replacement and switch, of
fragmentation and l’informe. Every color is faded soft by the reality hopping. A garden of forking paths lands in the gallery space, everything changed and transmuted by the shift of time and space. Here are images and objects of undisclosed hierarchies and anachronism. It is a figuration of humanoids, chimeras, and alternate timelines; an abstraction of debris, protean language, fragments and goo.