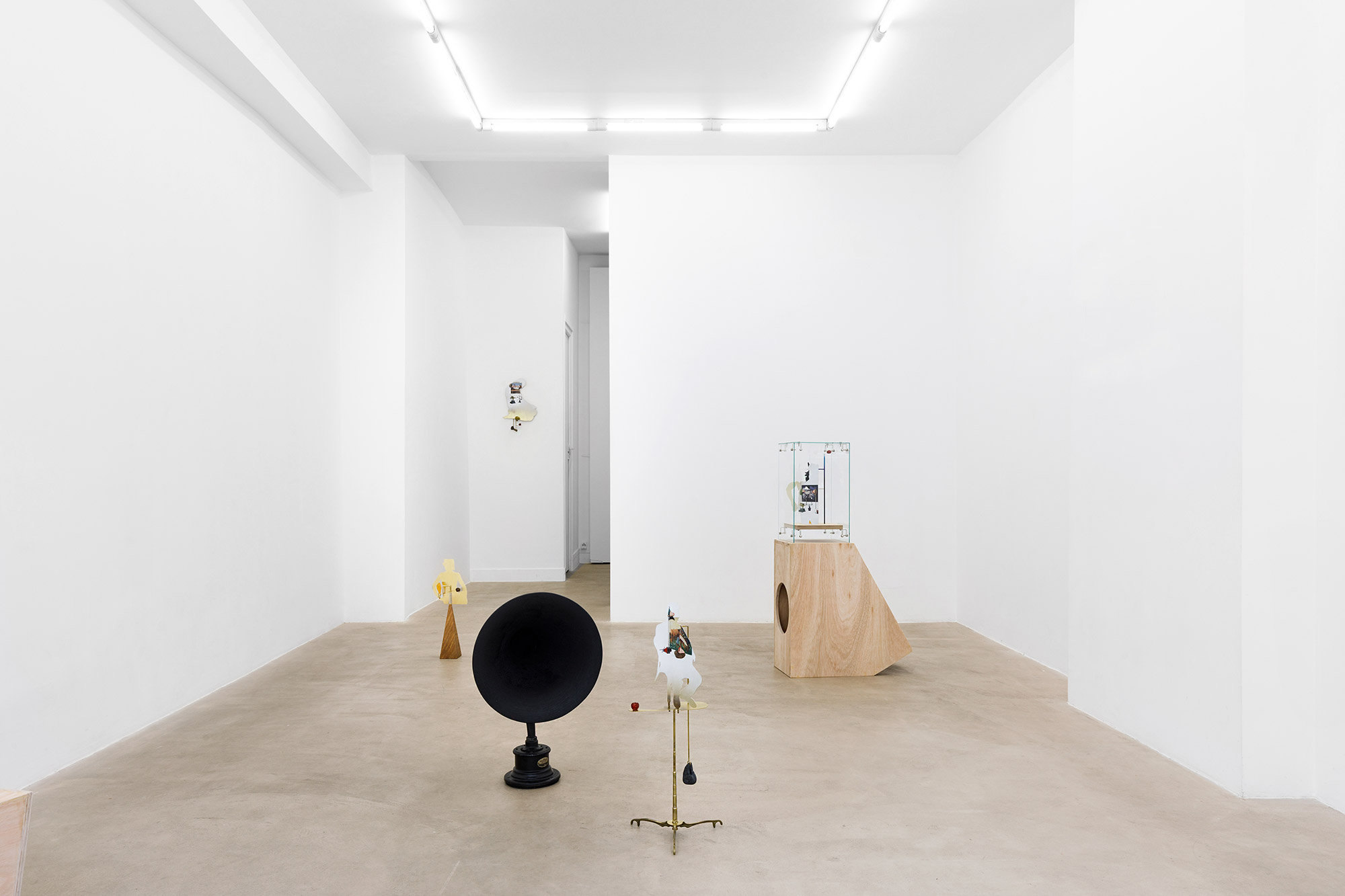 Prolonging his previous work while opening it up to a new intimate dimension, for his second solo show at the Galerie Valeria Cetraro, David Casini creates a new group of sculptural pieces.
Since the beginning, David Casini’s works feed on the memories of his encounters with the Italian landscape and with the history of art. However, in this occasion, the artist also speaks of his relationship with music which has nourished his work since the early days. The titles of the works are taken from records cherished by the artist and images from those albums can be seen

on the works. Yet, these are not sound artworks. On the contrary, these are silent pieces and require the viewer to come close in order to discover hybrid assemblages. Enigmatic brass silhouettes host digital collages on their surface: images taken from vinyl album covers, photos of work tools and of other elements from his studio or his close environment. Some of these silhouettes represent the artist himself, even if we can hardly be recognized (Anima latina, 2022). Other silhouettes reproduce the outline of Italian art works such as the Penitent Magdalene by Antonio Canova (Holy Wars, 2022). Sophisticated, long and thin structures prolong the image into a sculpture in a sort of suspension that articulates the portrait dimension with that of the miniature landscape. The latter is composed of cast organic elements and resin candied fruit that recall the idea of still-life so dear to the artist. Some of the sculptures stand on wood structures that recall hardly recognizable empty old speakers. Whether hanging on walls or in glass cases, David Casini’s pieces evoke existential screens
and mental chambers containing his imaginary. Something emanates from the discretely perceptible vinyl photos, something coming from the artist’s youth -which is also that of an entire country and an entire generation- shifting from the personal to the universal. Casini’s works have a specific manner of allowing the viewer to exist. The empty spaces that articulate the images and sculptures are to be filled by the viewer’s imaginary.

Courtesy of the artist and Galerie Valeria Cetraro