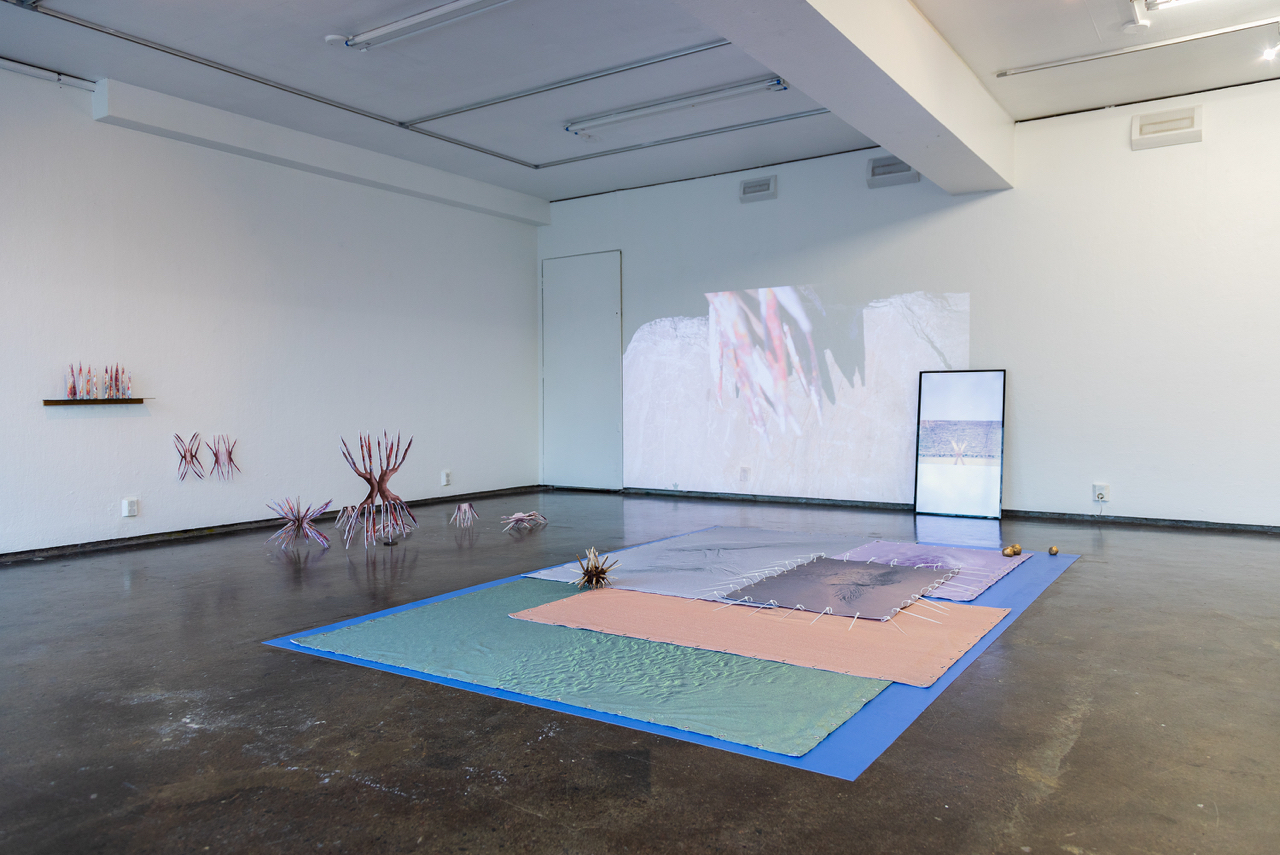 In ancient Greek tragedy, a kommos is a collective mourning song that involves the performers beating their chests. The kommos is sung by the chorus and actor(s) together. It is a heartbreaking lamentation that bursts, into a high-pitched mode, as the climax of the tragedy.

Tragedy & the Goddexxes is the first part of Vincent Roumagnac’s discipline-fluid project Data Ocean Theatre(D.O.T.), which tangles myths, western theatre memory, new media, digital animism, climate emergency, seas and oceans transformations, and technological mutations in relation to diverse aspects of « submersion » as a contemporary living condition. D.O.T. appears, disappears, and reappears through a series of polymorphic works and research affordances based on the eco-dramaturgical consideration of the simultaneous phenomenon of 1. the rising sea and ocean levels, 2. the exponential growth of big data in our informational age, and 3. the emotional overload caused by the latter two happening, projection, and prophecy.

Tragedy & the Goddexxes, as the first part of D.O.T. project, aims at setting the aquastage for a queered and techno-animist revision of the “tragic”, at the intersection of Greek tragedy’s structural study, syncretic marine mythology, and the contemporary ambiguities of “technology-as-monster” narratives.

KOMMOS, which is the sixth episode of Tragedy & the Goddexxes, re-activates the previous five episodes together with new works summoning the mythological sea creatures Amphitrite, Iku-Turso, Aallottaret (the Oceanides), and an ever-expanding shoal of unknown up until today underwater goddexxes. It is realized in collaboration with the guests-artists from the fields of choreography, performance, acting, music, architecture, writing, and sound art.

Data Ocean Theatre was initiated within a dialogue with the Finnish Meteorological Institute Marine Research Unit.