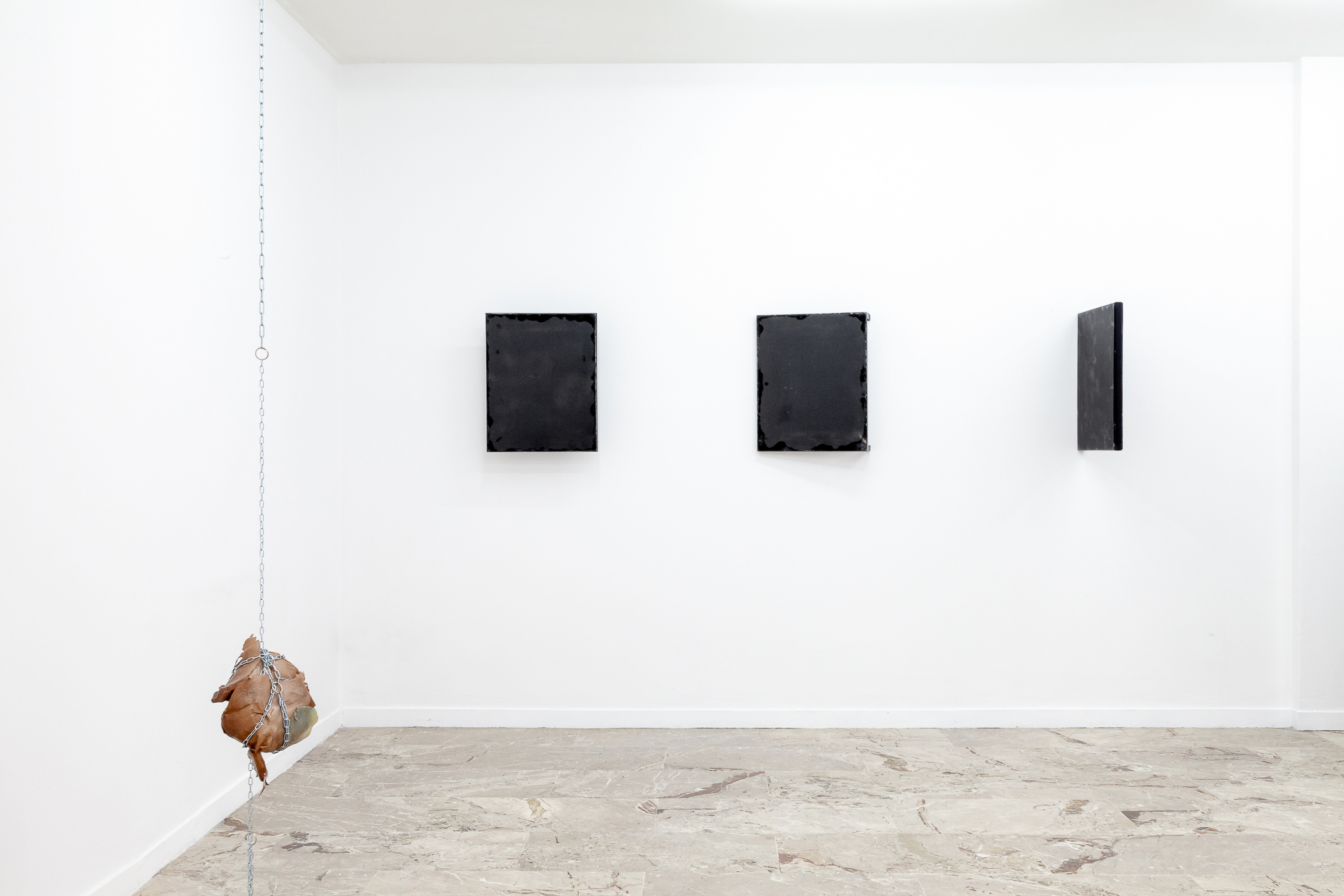 And it is all in this deafening and gelid silence. Exhausted and mislaid. Nothing remains of me. Only ashes and bones and tears and cries, ropes dragging me down, anchored more and more to this land cold and cramped. No more screaming or tears. (Only the absence and coils). I can’t no more. You dragged me here, you are the hatred I wanted to hide, everything I didn’t want to know. The end of every dream, The desert of ash and wax where I drown. I can’t breathe, I feel the frost on my remains, on my shreds. Exhausted and rabid. I would like to bite you while I tense for the last time, for the last the last breath for the last a rotten embrace. Now everything is blurry and the blue of that sky that I will never see again, lands on me as if it were the only remains of a life that will not return. This emptiness in me the only witness. Of this absence, K. Lightly touches the abyss, but you can only feel it, not visible to the few alive, if not in that border between my broken / gutted back and the coils.

“Underbelly” is a series of sculptures and installations concerning a period of time. It is a bodily presentation of vulnerability. Vulnerability stuffed  by excess, tension, softness and shine but also with violence self-destruction and consumption. Body as a house for the soul condition. As if the process of healing and coming to the origin was passing by the chains of enslavement and submission. As if life was sometimes an underbelly tunnel and you would need a plumber to unblock the pipe.

Screens are things: a simple observation that is usually ignored, transparent as they are, window-like image-carriers, contemporary vectors of information and communication. They are the things we don’t really tend to see since we see through them instead, those curious portals between two realms, the virtual and the physical. Having lost their once exclusive privilege, they seem to have infiltrated our daily lives as commodities in stealth mode. Screens are the intimate objects we go to sleep and wake up with, the smooth, affective surfaces we stare at all day. Fetishes, to be clear: polished, enchanted, magical objects that need very little of our imagination yet endlessly crave for our attention. Both praised and cursed, the ubiquity of screens epitomizes our present-day condition. (Pieter Vermeulen)

His research starts from an imaginary poised between mythology and intimacy, between the misunderstandings that relationships allow to emerge and the development of darker and deeper aspects. Dwelling on the concept of coexistence, he deals with its margins above all, with the potential and limits it possesses, with the inability to manage and control it both personally and collectively. In his work, this “limit” is put to the test not only from a poetic but also a physical point of view, in an attempt to create hybrid “artifacts” with materials of different origins and nature. Often a conflict rather than a symbiosis emerges, where the artworks are shown as worn, eroded, weak, albeit stinging and blunt bodies. This struggle completely transfigures the body of the object, making it aggressive and exhausted.

Ciprì and Maresco is a duo made up of Italian directors, screenwriters, editors and cinematographers Daniele Ciprì (1962, Palermo) and Franco Maresco (1958, Palermo). In “Totò who lived twice” (1998) hunger, sex, humiliation, torture and other meanness make up the irreverent universe devoid of any redemption typical of their cinematographic language. With this work the duo of directors intends to achieve the quintessence of provocation. The merciless gaze of an amoral camera is not afraid of delving into the most degraded environments of Palermo as much as into the depths of men abandoned by God, who  stopped hoping and sold off all virtues.