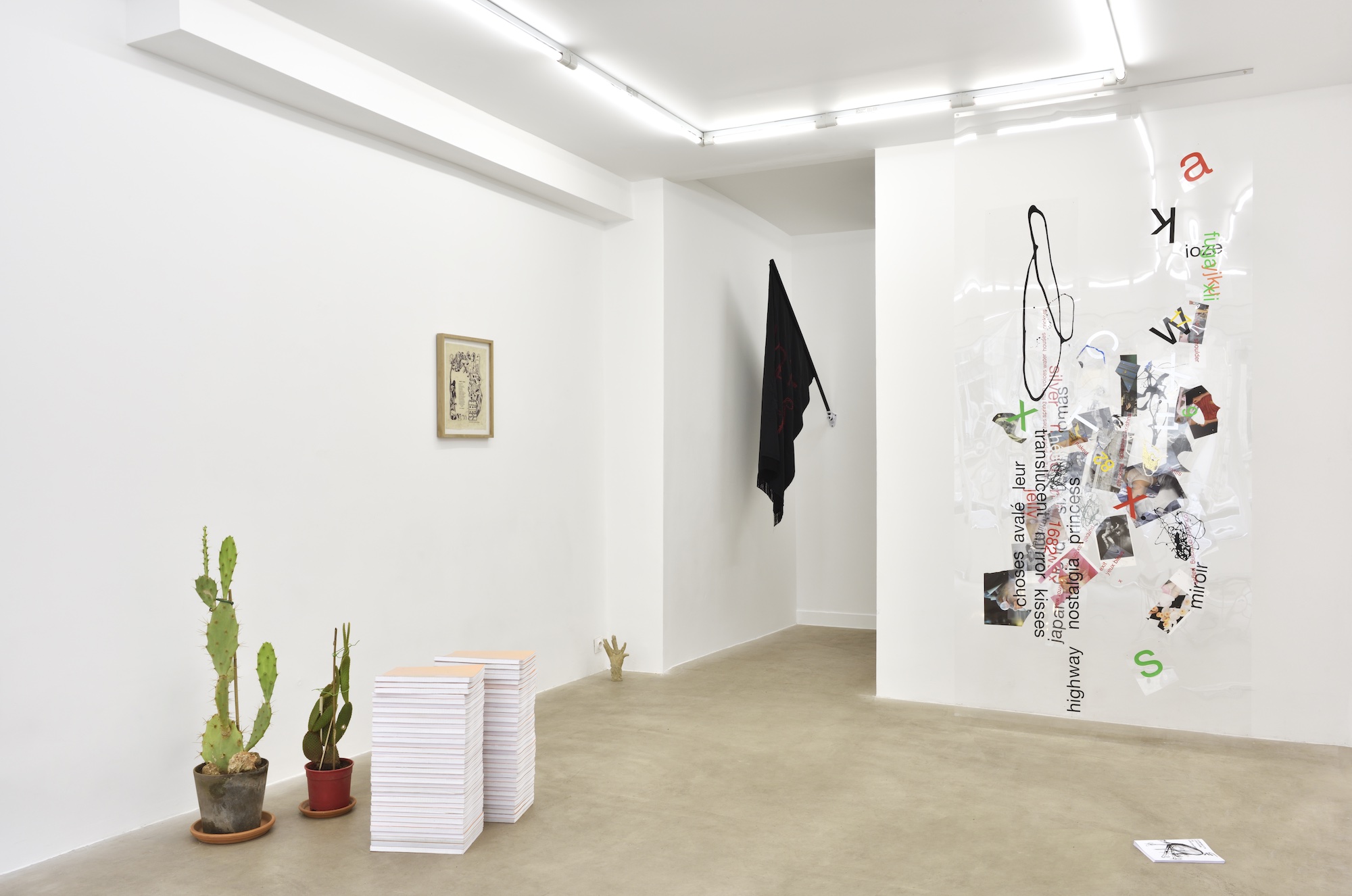 Galerie Valeria Cetraro, Paris – on a proposal by Sophie Vinet, in collaboration with Les Bains-Douches

Bessie Smith, an important voice of American blues music; Angus MacLise, a poet passionate about occultism and a percussionist, but also Jean-Sébastien Bach; Henry James; Iseult or Shaxsper – many are the protagonists, inspired by friends, by historical or fictional characters, populating Piero Heliczer’s plays.

Born in 1937, deceased in 1993, having lived, as a nomad, between Paris, Amsterdam and New York before settling in Normandy, Heliczer was a poet, an editor and a filmmaker. A figure of the margins, he was a successor to the writers of the Beat Generation as much as he remains associated with the history of American counterculture. Among his diverse work – films, poems, editions – he wrote a few rare plays. These are gathered in three collections published in 1971, each made distinct by the colour of its cover, blue, green or yellow. Through a non-linear narration and wordings sometimes elliptical, or even impenetrable, these plays bear witness of Heliczer’s interests in fashion, religion, Shakespearean dramaturgy, music, while using a language specific to the poetic experiments of the sixties’. Representative of his work as a whole, they reiterate its motives, figures and obsessions. It is therefore common for a same character or situation to appear throughout his films, his poems or his plays.

explicit bessie smith brings together artists and authors around the work and trajectory of Heliczer. Like the gallery of characters coming to life when reading the works of the unclassifiable poet, this singular coterie of artists and authors responds with propositions echoing the plays published in 1971.

The Piero Heliczer documentary collection, started in 2011 by Sophie Vinet, brings together publications, reviews, collages, posters, flyers, postcards and photographs revolving around the poet, filmmaker and publisher… This documentation was the object of a first retrospective exhibition at Les Bains-Douches in 2015, with a catalogue published for the occasion: piero heliczer l’underground à préaux-du-perche.

In 2018, artist Sébastien Rémy began a research residency at Les Bains-Douches in order to revisit this documentation. His residency was the object of an exhibition in 2019, a scenario for a silent play, also supplemented by a catalogue published by Les Bains-Douches. Since 2015, these moments have been envisioned as steps punctuating and accounting for a constantly evolving research work. This ensemble, initiated and led by Sophie Vinet, brings together various partners enabling the multiplication of points of view on a work as complex as it is protean – the latter seeming to find its extension in the multiplicity of exhibition formats and experimented collaborations.