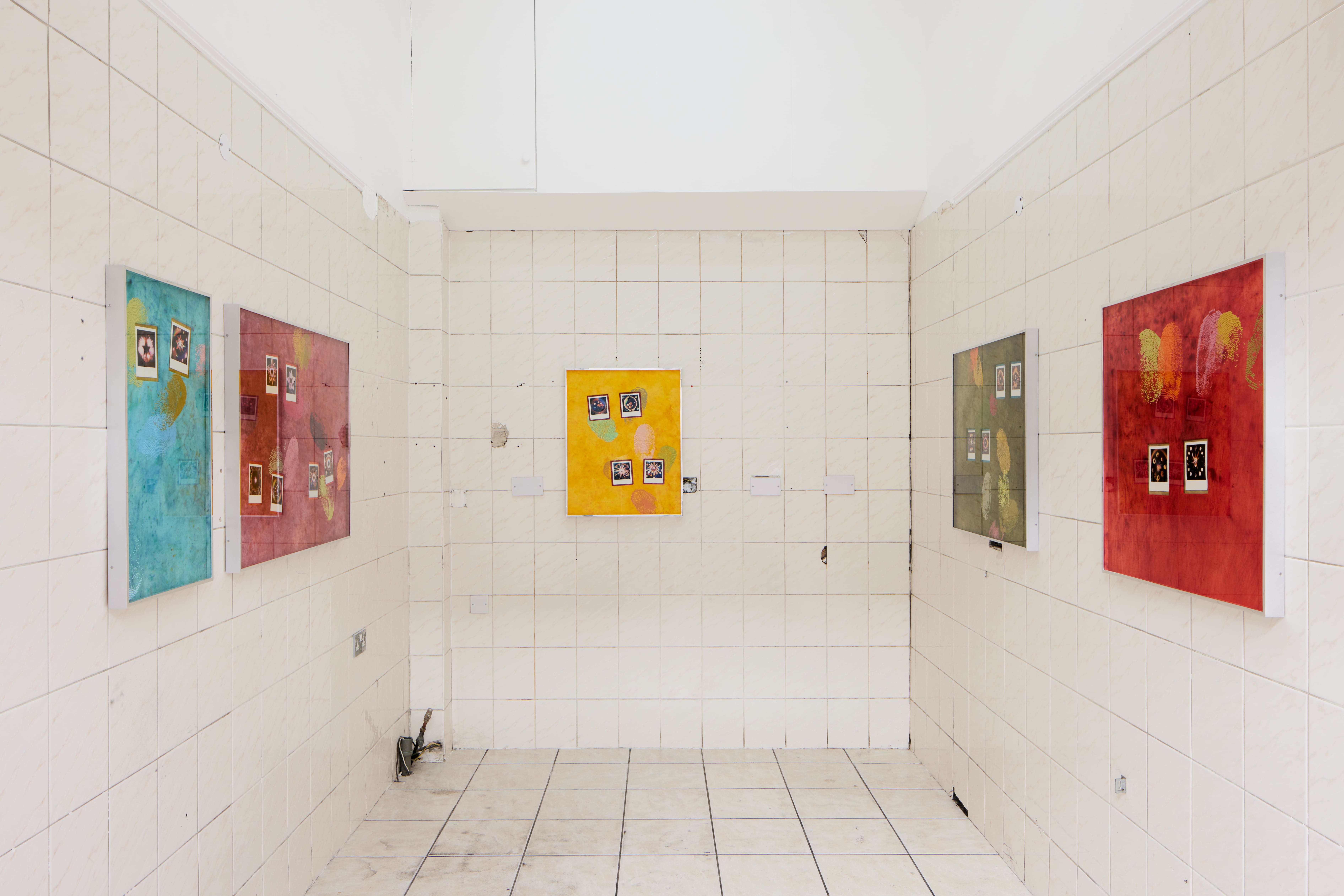 The computer generates a sensor that it has never possessed, an eyeball, a receptor to vision. Artificial Intelligence can create without seeing, blind to its references, unwavering in its ambition for creation. Words and the images that correspond are bound to each other; in the AI’s mind an image cannot be devoid of descriptors, definitions, categorisation. The AI can mimic emotional descriptors but its output isn’t experienced.

The dialogue surrounding AI and the death of the artist is as redundant as it has ever been. Photography erased Photorealistic Painting, Cinema erased Theatre, Photoshop erased Photography, CGI erased Special FX. They all replaced fire, the first spectacle, and yet we still set the world alight.

Presented as Polaroids previously incapable of fabricating and therefore perceived to be truth. A nostalgic medium used to document memorable events as well as crime scenes and continuity on film sets. A keepsake, a single shot that could never be retaken. A moment developed into a memory. Until the process was interrupted.

Littered, pocked and adorned with the artist’s embroidered fingerprints. Quivering disingenuous claims of intervention. Pawing at the suggestion of the makers mark. A Guignolesque collaboration between two creators. The fingerprint as an indicator of contamination, the pressed grease; a remnant of an individual in an anti-bacterial world. A mark that is rarely intentional, extrapolated into forensic evidence. The digit(al) trail we weave for ourselves, patinaed with our unique signature.