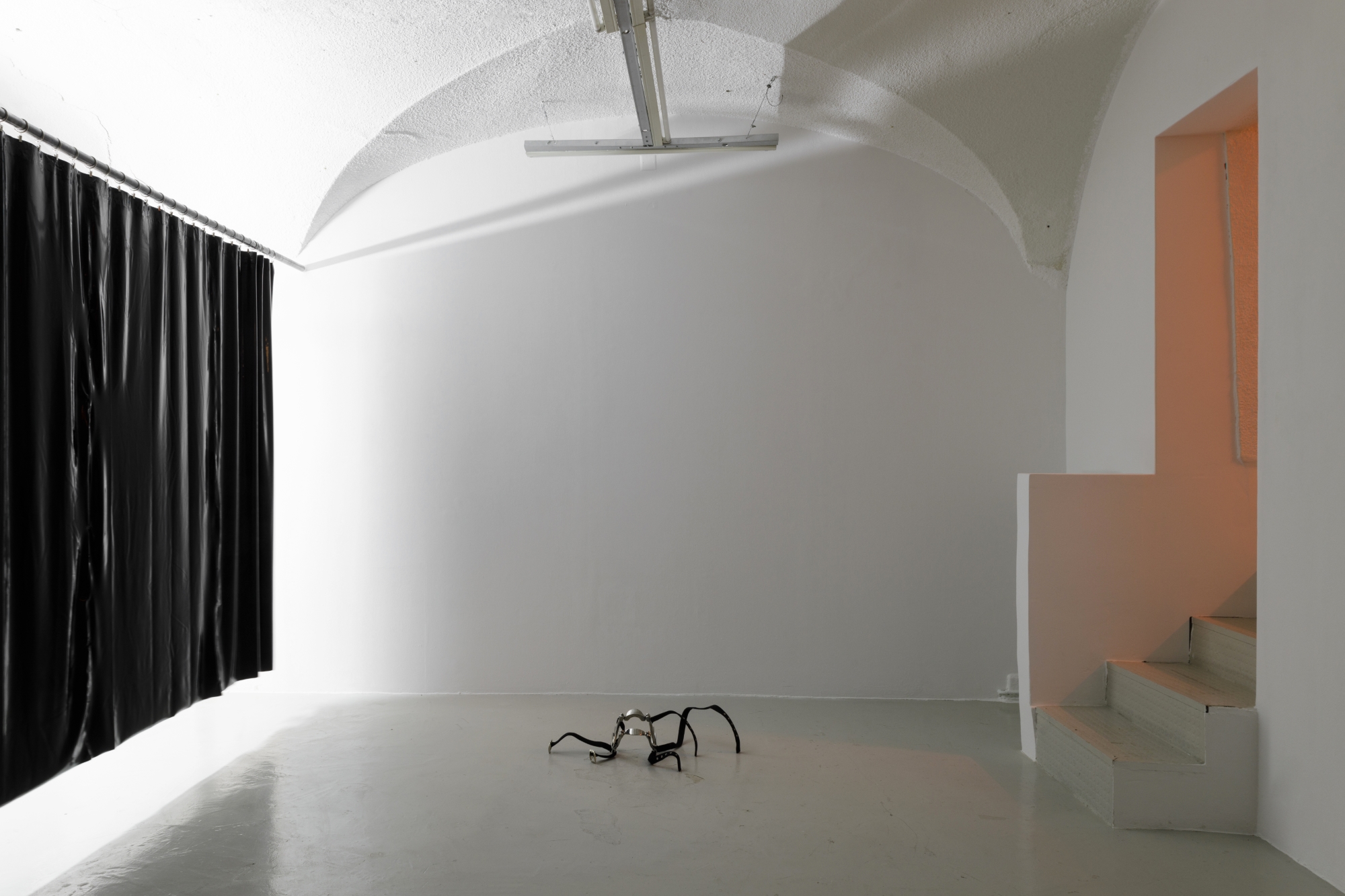 Katia Porro: The national average salary for a fluffer in the United States is $53,954. What is
a fluffer?

K: The fluffer is always behind the scenes then.

K: In the context of the exhibition, it’s anybody that enters the pace

K: Someone told me desire is about finding an edge. How do we know an edge is an edge? Is it edgier to gag or to say I love you?

K: Maybe it’s also about the distance you put between yourself and the subject or the object. But it’s true that sometimes the confusion starts between the subject and the object and something happens in this misunderstanding. In a way, the work is a kind of secret activity that sometimes makes itself visible. I guess it has to be obscene. What was the last question?

K: Is it edgier to gag or to say I love you?

K: It’s funny because in French gag means ‘’haut-le-coeur’’, literally translated to ‘‘high heart’’, as if your heart would suddenly try to escape from your body.

K: The opacity may be a bit hard to swallow. Who is your public?

K: I don’t know. The public now exists mostly on Instagram, on platforms. Everybody is their own platform now. In that sense, everybody is an artist and at the same time everybody is in the public, despite themselves… so I guess this body of work is a form of reaction to that.

K: Are you with, for, or against them?

K: All of the above… depending on the day, the context, if expectations are involved. But most of the time we don’t meet, we don’t talk. I don’t really like to be around when the work is presented. I always have this image of the work like a stranded whale that some people would come to see, something that belongs to some other place.

K: The artist/public is a continuous staging of the self, and consumption of that staging.
It’s rather narcissistic… a narcissism that negotiates with various forms of insecurity, mutual here?

K: The exhibition has a non-explicit participatory aspect that comes with a form of perversity. For instance, the mask displayed in the voting booth can be worn to visit the show. Things can happen, and they can be exciting momentarily, yet deceptive quickly. I
can’t control that. In that sense, I was probably partially inspired by some mechanisms of social media, though I’m not using them anymore.

K: What’s that doodad on the floor ?

K: It was a tool to keep a mouth open. (Note: A mouth opened for a long time waters a lot. A mouth waters so much it creates a pond in which the subject can stare at himself.)

K: …behind the curtain is our reflection staring back. The abyss is a mirror, the ghost in the objects is its designer, a history […] our auto-anthropology ”* The storefront is like an incubator but in reverse. Snowman under glow light, melted. “You personally manifest Christmas from behind electrified glass

K: Christmas is a moment when everything you desire circulates more intensely and can be transformed into a gift; a moment when your emotions are enhanced and performed. It’s an infinite reservoir for artworks. The other day I imagined that people will one day shit things so beautiful, like beautiful products, that they would use them immediately, as tools, or gifts.
A gift is a beautiful thing that can come at any moment, like a proof of love. But the repetition of the proof of love comes with a certain form of masochism and a personal ethics. The snowman melted is a kind of mental sculpture, or a kit.

K: That makes me think of a Christmas tradition in Catalonia of a log that defecates gifts. The Caga Tio. Scatological traditions are thus as rich as gift giving. This love you mention is a kind of reflection of the giver, but in disguise. All dressed up and ready to be received

K: So glad you didn’t ask about the little red dog.