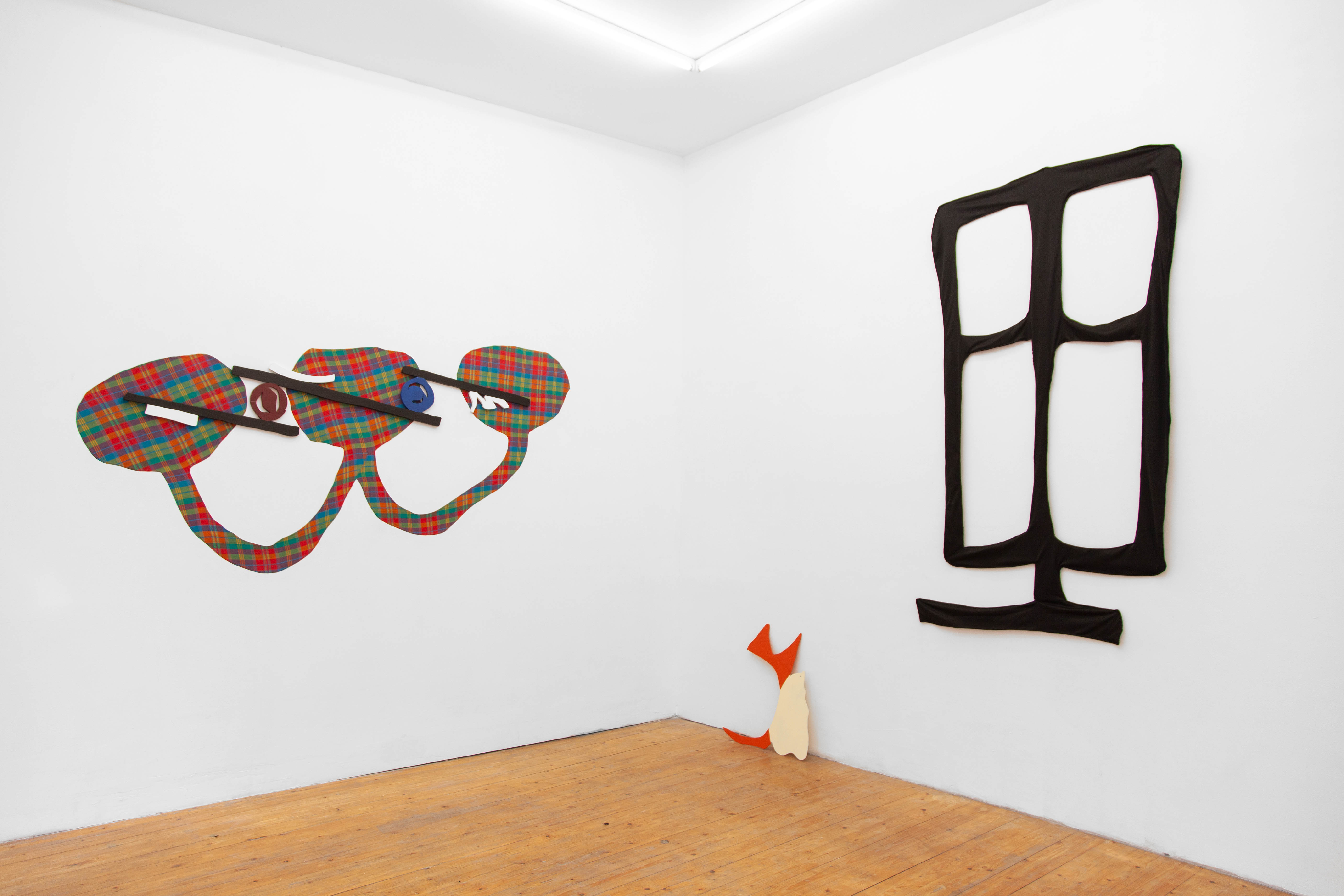 The use of signs, forms and the incessant urge to attempt to name these objects (paintings, sculptures, objects), contributes to inscribe the work of Jordan Madlon
in a repeated, if not permanent, desire of escaping categorization.

To first consider painting, the pictorial aspect, as multiple possibilities for approaching
a sensitive space, is enough to set up a formal vocabulary that plays with the principle of reference or the evocative power of the language of forms in general.

In addition, the materiality of the objects often presented are displayed
with a certain autonomy in comparison to what is known to be called the display
or the “mode of exposure”.

For his solo show in COHERENT, Jordan Madlon moves the signs in order
to incorporate better, and sculpts the language until it figures.

It is in this whole of gestures where the painter figures as a poet instead
of the painter or in other words, the one that forms the language.