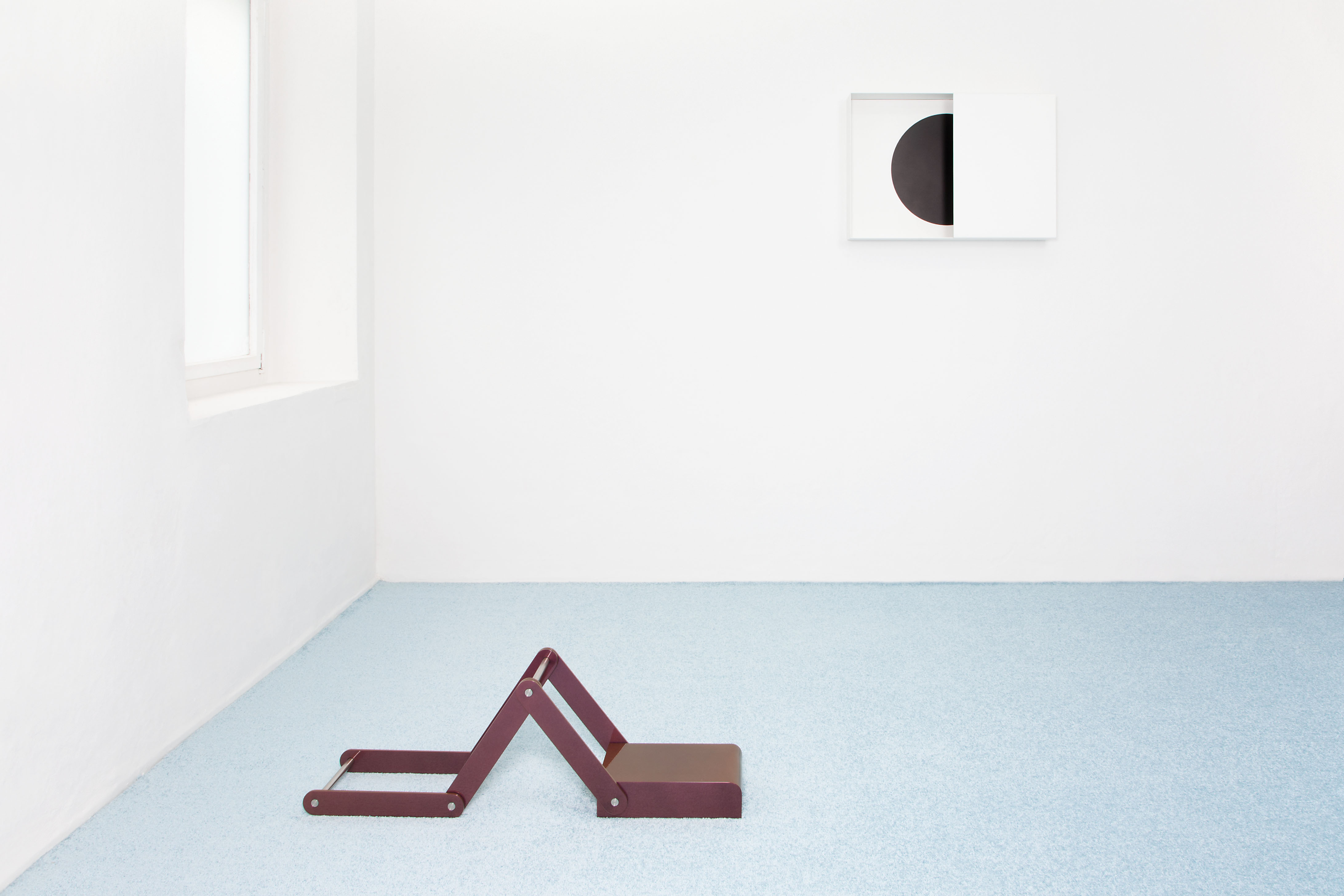 Koover, title of the exhibition by Jacques Duboux at ZQM, is as well a series of objects that are based on dreams the artist has had since 2012.

Sleep works as the incubation phase for the idea that develops by itself in the unconscious. If one can speak of a sculptural practice, it is above all in the way of treating this psychic matter. For the memory of these dreams is a raw substance, it leaves a partial architecture that Jacques Duboux completes, adjusts, mentally clarifies, then translates into plans.

The production then requires several craftsmen and processes: metal machining, chroming, printing on ceramics, saddlery, stone cutting, airbrush, and foundry among others. The (manu)facture of the pieces visible in the exhibition does not simulate, it is borrowed from the objects of our domestic space except that they are unique pieces, in the manner of advanced prototypes.

For the artist, the material transition of these oneiric shapes must be fully realized. Their trajectory places the finished objects at the end of a long segment drawn from the floor of his unconscious to a certain technical ceiling.