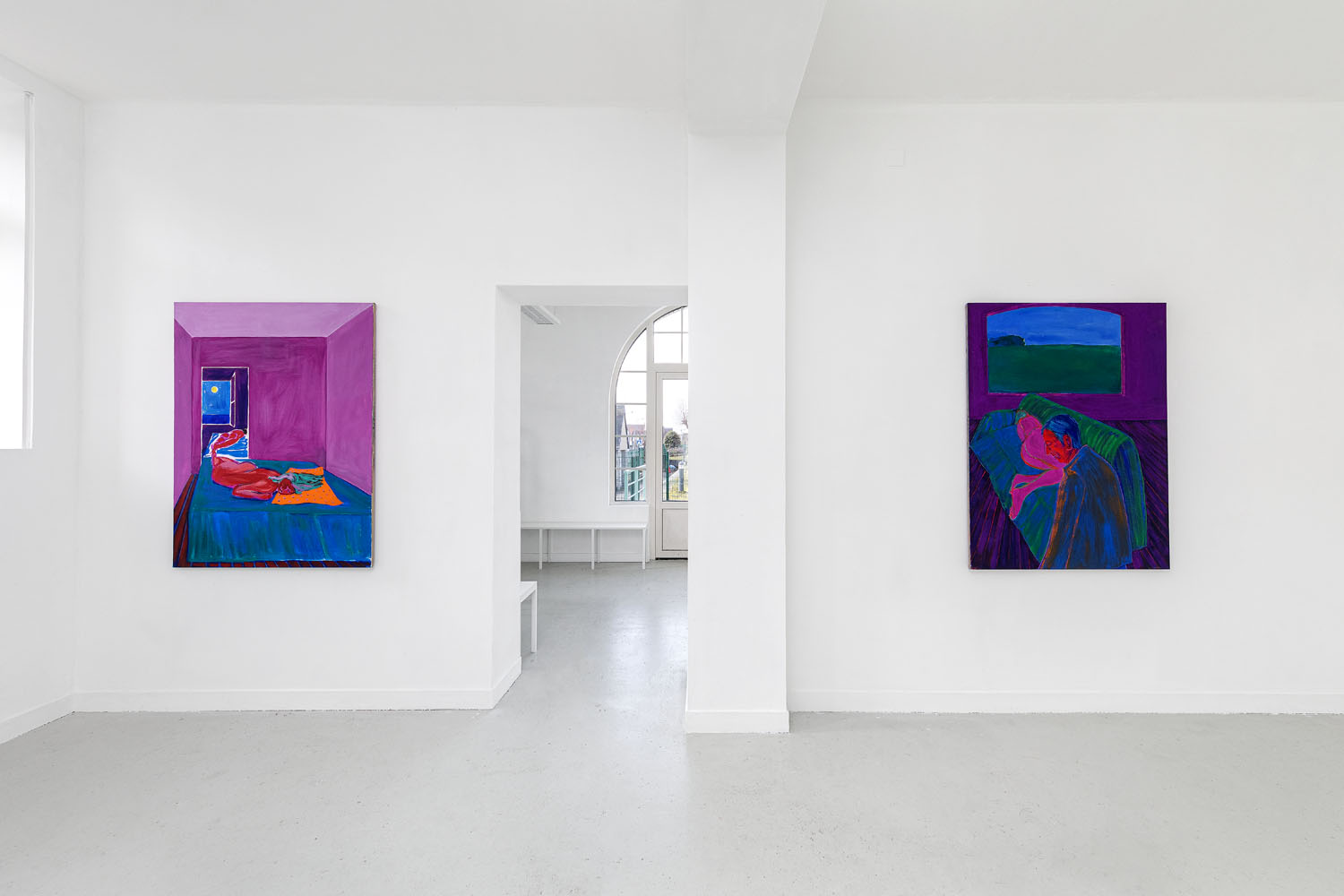 The child playing the flute has a purple face like the painting’s clouds and wears a green and red striped sweater of the same colors as the field. The woman and child in the bath are more distinctively purple, the water is blue like the night and the surrounding tiles, bright yellow. Another woman, also purple, but of a less intense hue than the floor and walls, is sleeping curled up on a green and blue bench. Behind her, in an opening – rather than a window – reveals a piece of simplified landscape: the grass is green, as are the trees, the blue sky is almost without nuance. In front of us, seemingly in the foreground, a man, red skin and blue hair, stands slightly bent over. One thinks that one recognizes the painter, but with less certainty than in other paintings where the clues are more obvious.  Since the work is entitled Qui suis-je et qui es-tu ? (“Who am I and who are you?”) (2020), we deduce that the assumption is right, that “I” is he who questions and calls out to the body lying next to him – but perhaps he is addressing us, viewers who have become voyeurs of the scene, or perhaps it’s the painting itself, an incarnation that is always foreign.

(…) Benjamin Swaim’s painting preserves the silence and places its intensities in suspense; the bodies which fail there inhabit it with their reserve. The event that he gives us to see concerns little the action or its realization, as frozen in the absence of narrative, but refers invariably to the impression of emptiness which surrounds the figures. An emptiness that rushes into the architectures, the trees and the geological formations, and finds, in the large-formats used by the artist,  the space of its accomplishment, from which rises a particular sensation of isolation that persists in each painting.