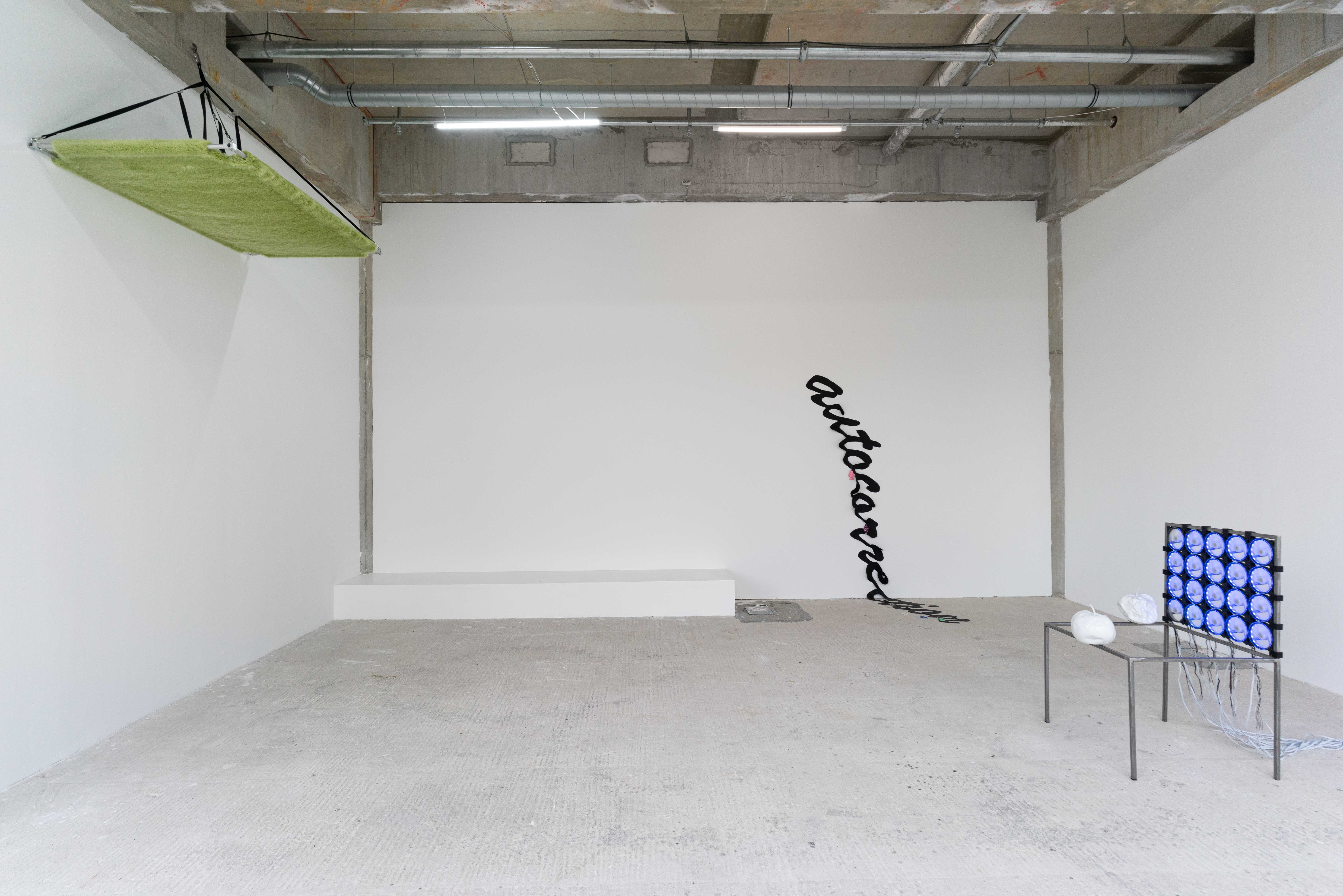 As part of the exhibition ”Loops and Breakthroughs“ participating artists were invited to engage with Ursula K. Le Guin’s (1929 – 2018) approach to story-telling.

The exhibition reflects on artistic positions that are formed in relation to Le Guin’s 1986 essay ”The Carrier Bag Theory Of Fiction“. While the essay serves as conceptual base, the exhibition is accompanied by a publication in which participating authors and artists have responded to it.

Reflecting on the prehistoric Neolithic Age, Le Guin’s essay suggests that the earliest cultural invention may have been a container, not a weapon. What’s the use of hunting down animals or gathering edibles if you don’t have the means to carry them home and store them, Le Guin asks. Before humans invented tools like weapons that force energy outwards, they produced devices that enable to bring energy home, she suspects. Therefore, Le Guin sees herself as an adherent of what she calls ”The Carrier Bag Theory“ of human evolution.

This consideration leads her to distinguish two historically constituted modes of story-telling. Thinking of prehistoric subsistence, images of mammoth hunters come to mind, even though collecting plant-based edibles was the primary source of ensuring survival. If there was spare time to go hunting, what mattered in the face of returning was the story, not the meat. Tales of hunting mostly revolve around male, powerful protagonists while the ”shape of the narrative“ remains that of an arrow or spear. Le Guin rejects the notion of heroism portrayed by what she calls ”the killer story“, a mode of narrating that dominates our thinking.

Le Guin contrasts this with a second mode of story-telling that she sees more in alignment with feminist approaches. Considering what may have been the first cultural invention, she prefers ascribing heroic attributes to devices that function as containers instead of weapons. According to Le Guin we’ve already heard enough stories about sticks, spears and swords. Instead she feels an urgency to tell stories from the vantage point of gathering and collecting. The ”natural, proper, fitting shape of the novel might be that of a sack, a bag“. With regards to the genre of science fiction Le Guin suggests to avoid the linear, progressive, ”killing-arrow-mode“ of story-telling and trades it for ”The Carrier Bag Theory Of Fiction“ (1986).

Photo : Courtesy  of the artists and Magma Maria