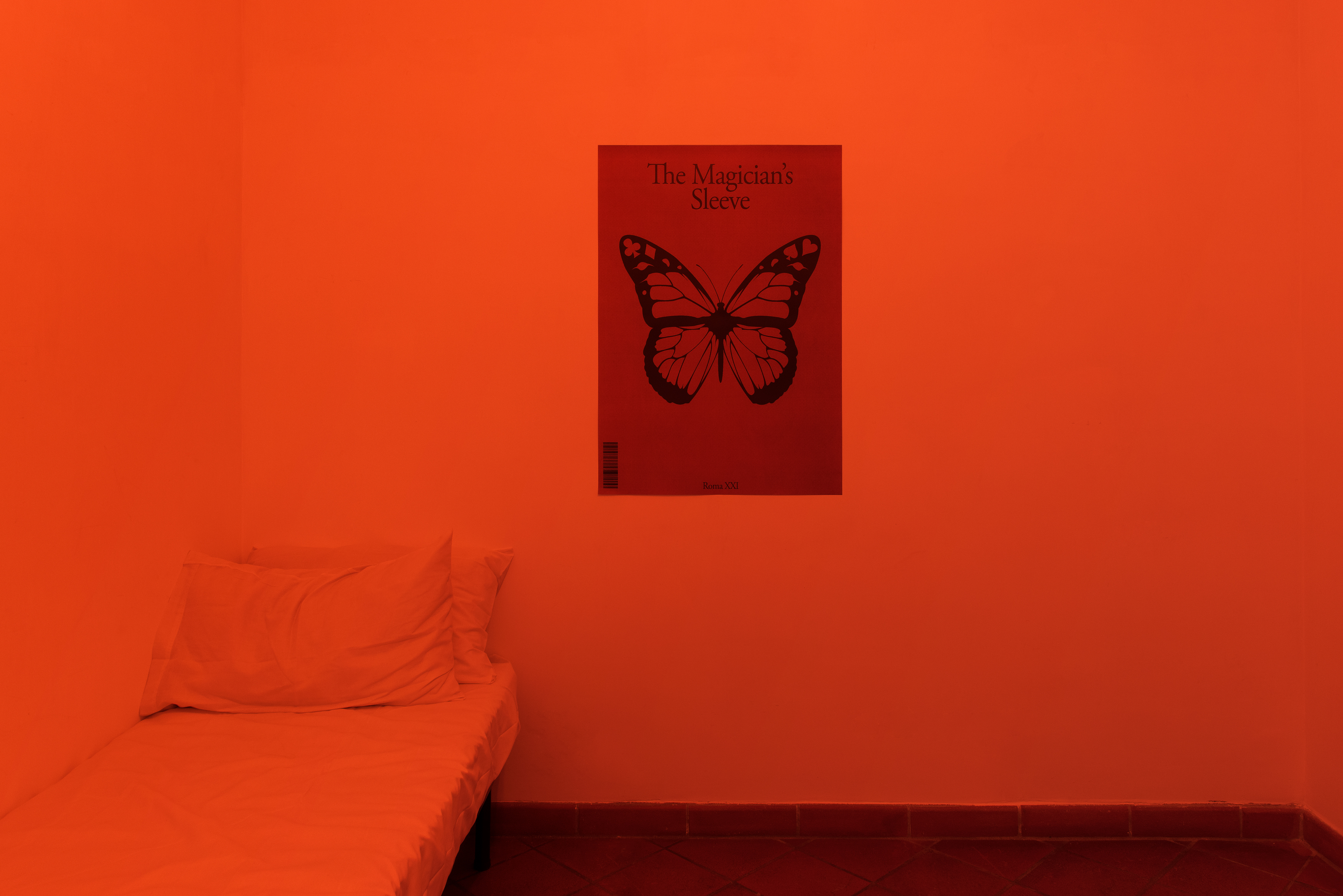 He jumped into the void, or more precisely he learned to cross landscapes by skydiving; first in the sky and then on the ground, in caves, forests, cities. He explores with attention, listening and sharing the places he crosses, to give them back the care and the history they sometimes forget to give themselves.

In his last exhibition, his sculptures—similar to acupuncture needle—made visible his emotional relationship to the buildings. He shaped the experiences of those who pass through and inhabit this place, with medical gestures on the architecture, with objects that accompany his research, such as butterfly wings that disintegrate or emergency boxes.

These boxes are inspired by those where, in public transport, are exposed the breaker hammers. But the hammer is no longer there, as if it had already been used to free someone. All that remains is its container: an empty and open box, which becomes a sculpture of absence, of a rescue that has become impossible, of an escape that has already occurred.

This is a precise practice. During his residency here last summer, he meticulously observed, measured, and archived. He immerses himself, listening to what you tell him. His instinct guides him. There is something of the mathematician, who supposes before checking everything. Intuitions are the best products of listening and presence, like encrypted dreams that one must decipher.

“Rester illisible” in order to give the possibility of all readings. Like the caterpillar that turns into a butterfly. “At a certain moment of its metamorphosis, it is chaos, the cloaca in the chrysalis and yet, the butterfly will remember that it used to be a caterpillar.”

Terzo Fronte is plural: it is a place to live, a place to exhibit, a book. Depending on the hours and days, Terzo Fronte transforms itself, modulates, cross-dresses. Its identities do not disappear, they leave room for another envelope, the one that is presented, the one that our interlocutor wants to believe in. After Capitalist Aesthetics, which tried to grasp how art can free itself from a dominant aesthetic context, and Out of Town, which focused on artistic community experiences, Terzo Fronte approaches its third chapter, The Voluntary Disappearance, which is interested in artists who refuse the injunction of visibility, of overexposure.

During the days we spent together in July, Maxime began to talk to us about butterflies as a metaphorical element in response to the topic of this chapter. Our invitation for this exhibition came with a note: disappearance as a political act. The injunction of visibility is inseparable from the artist. Yet experiments in invisibility allow us to rethink this injunction in a time when the social narrative of one’s presence is more exposed than ever.

As an extension of the butterfly wings laid out on the ground in La fuite et l’enveloppe, he spoke to us about the transformation processes of butterflies, preferring to approach disappearance through the positive entry of metamorphosis.  The physical envelopes, rom caterpillar to butterfly through cocoons, show us that everything that disappears composes a memory that allows a new form to be born.

Disappearance, transformation, crossings: these ways of passing by, leaving almost invisible traces of moulting, lead us to question the way we wish to be present in the writing of the memory of a work. In 1971, the American artist Lee Lozano intentionally put an end to her career, and began to list her non-actions of disappearances in notebooks. Through this decision and her absence in events like exhibitions, openings, meetings with art professionals, she recorded her disappearance visually and her refusal politically.

Not being there but showing it. The subtitle of this chapter is The Magician’s Sleeve. In the sleeve of the magician, there is the question of the mystery, of the credulity, of the skepticism: what it is better not to understand.

In Terzo Fronte, Maxime embraces our space, inserting himself in small, almost invisible touches, like the gestures of an illusionist. Nothing is indicated anywhere. He invites us to explore, to search as he did, to be attentive. He surprises us like the magicians who hide in their sleeve the metamorphoses they prepare for us.