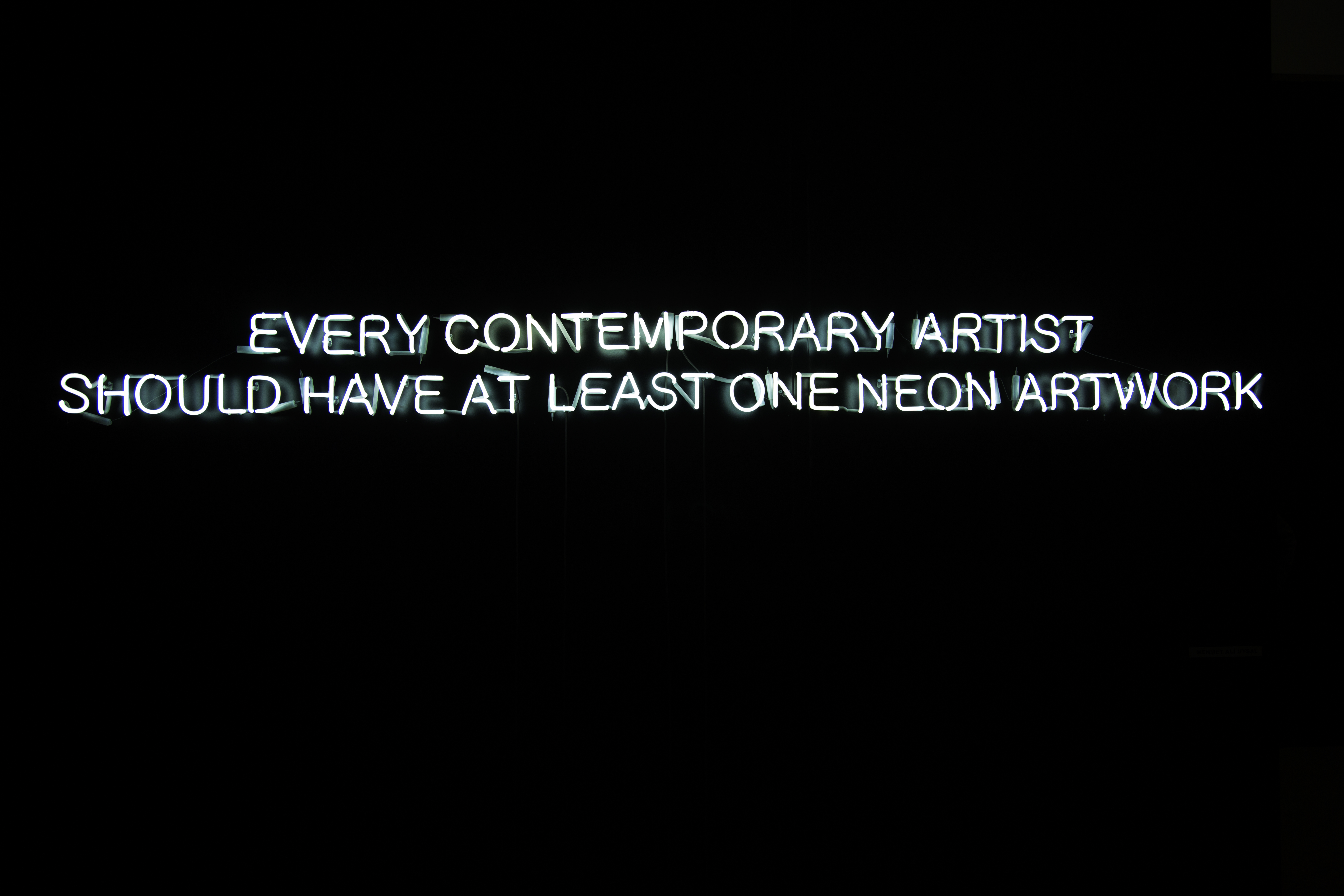 Let introduce you, can you describe yourself in few words ?

First of all I don’t feel myself artist. I think what I do is a game and I’m having fun. So when I’m having fun, people start having fun and that’s nice.

You proceed with different mediums but the use of space appears as a leitmotiv, can you tell us more about it ?

In fact, the easiest way to explain this is because I didn’t first studied art but architecture. Urbanism was the original plan.  But at very first I wanted to be a boxer that was my dream until 20 years old.  Also my name is Mohammed Ali in Turkish but  my parents didn’t let me to do it. So when I was studying architecture we had to have some elective courses and one of my friend said there is a lot of beautiful girls in sculpture studio. So I tried and it is my start to sculpture. So what I was doing was constructing myself as I was constructing something. At this time I had this feeling that there is a life in front of you but there are two directions. One with art stuffs and one on the back side no art stuffs but maybe more money. So I tried to continue for a while and if I can’t manage I can go back. So I continued with sculpture for a while and I checked for schools, there were not so many options in Turkey so finally a school accepted me for a master degree.  Thus I was fired two times from school so I finished in eight years. After a while it changed, some curators and galleries showed some interest in my work. This was all bonus for me because I wasn’t expecting even one day showing my pieces in exhibitions, it wasn’t my intention first.  But now it changed, I’m working with galleries from New York, Paris, London, Shanghai, Istanbul. It is quite crazy what is happening to me.  There is also a lot of people who loves me which I don’t know as well as a lot of people who hates me.

So why I am working on space, I didn’t know exactly. First I was playing with  balloons and putting some fresh plasters Inside giving some forms and I was thinking they are really good sculptures and I put a pin on it. So it started as a game and maybe I can do on a wall this one. Since sixteen years I made an ass hole on the wall, a kind of glass like ventouse, etc.  Any project that I produce is producing another project which is almost  related with idea of perceptions, space, architecture, also  psychology of space sometimes, politics of space. First for a long time also I didn’t want to accept that I work on the idea of space, because I felt like I would lose my freedom but now I know this subject is endless. My work is not always related to this but mostly. I’m also joking about myself, artists, art market, etc. There is humour that I like and this kind of unperfect « trompe l’œil ». People believe in something if they want I think.

Did you find that the white cube is boring ?

Yes it is about this but also white cubes are sometimes beautiful and it’s about disturbing the beautiful. For example take the fairs in Paris which occurred last october, the most boring was Fiac for me and then Paris International was so good. I mean Fiac is perfect but boringly perfect and Paris international in this old building created something. There are dilemmas in this kind of things, for exemple, I hate art market but I want my work to be sold. I don’t like museums but I want to be in museums. For ten years I didn’t sell anything. I didn’t try to but I realized that without money you can’t do anything almost. The reason why I’m «destroying » the gallery is because they have the possibility of selling this. If I say « I hate my gallerist » as you can see on my work it’s because my gallerist can sell it. Without money it doesn’t work and for example if you are in Turkey we don’t have any chance, you have to have money, institutions are not behind like it is in France.  If there is no money there is no art, that’s why Italy and Paris used to be a center, then New York now Shanghai or Dubai, I’m honest about this. In art history they all made money at some point, it’s how you can be a part of it at the end.

But also you disturb space outside, what’s the difference for you ?

I don’t know if I have a rhythm in my way of thinking. It’s like to make fun is my instinct thing. It’s really a kind of game for me still, I hope it will stay all the time like this. I’ll go to see the space and will adapt my idea to it. For example, I’m working with workers in Turkey and they always say like « we can do art, we can do art » so I said ok, let’s do art together. I gave them chewing gums, they give the form and I make it bigger. I produced three of them, so it’s again fun. I call it « les sculptures anonymes ». I think  with chewing gum everybody is doing an artwork, chewing it, throwing it away in public, etc. This workshop is in Ankara and they were doing airplane pieces with machines so it was the first time that they were doing something stupid and they had so much fun compare to what they are used to design such as rockets and planes.

I felt while looking at your works that we come to ask ourselves, where does art starts and where does it ends , can you tell us more about this idea?

Few times, I read that your work was playful, as if contemporary art was meant to be serious, while it’s not, how do you feel about this ?

I can understand people thinking about art in a serious way, I respect them but I’m not one of them. It makes me more relax about art and life.

Also now you have a solo show at the Galerie Paris-Beijing called « concrete solutions (to your most abstract problems), what are here the problems to you ?

This is a name we found with the gallerist. Because what I am doing is really abstract. Also I’m using some figures or shapes we know already. But as a way of thinking I’m keeping things as simple as I can. This is the best name for my exhibition. Also you can’t see the politics on the back, but senses, moving, seeing, etc.

Also  you were able to leave turkey only when you were around 30, which view of Europe did you have or what was your idea about France/ Paris ?

It changed totally my mind. It was interesting to come to France especially. I was really happy in Ankara and I never thought I would leave this place. But by chance I came here and I saw that the world wasn’t just Ankara. Also I had really good friends so it was fun. If you stay local your mind stay local but if you go abroad, your mind becomes wider. Also sometimes it can be too much.  With France I don’t feel like I’m abroad while for exemple with Shangai I’m on Mars, same with New York, or Sweden, I felt so strange there and it’s frightening. Sometimes it’s good and sometimes it’s not. Also you can see that a culture is endless when you start knowing. When you  start learning, you learn also that you don’t know anything, it’s same. When you start travel the world becomes bigger. Handle it if you can.

Can you tell us more about your work call « The past » where you hang old style frames as art while art used to be what was Inside.

It was about my story here. When I came to Paris first I felt so jealous because it’s such a beautiful city and also the museums. I wanted to destroy it haha. So at this time I wanted to do some stuffs with frames because when I saw the Louvre museum first time, I was looking at the frames more than the art.

Any dream place you would like to exhibit, can be anywhere in the world ?

There is no dream place for me but it depends on the project in fact. I’m producing projects and then I check for the space.