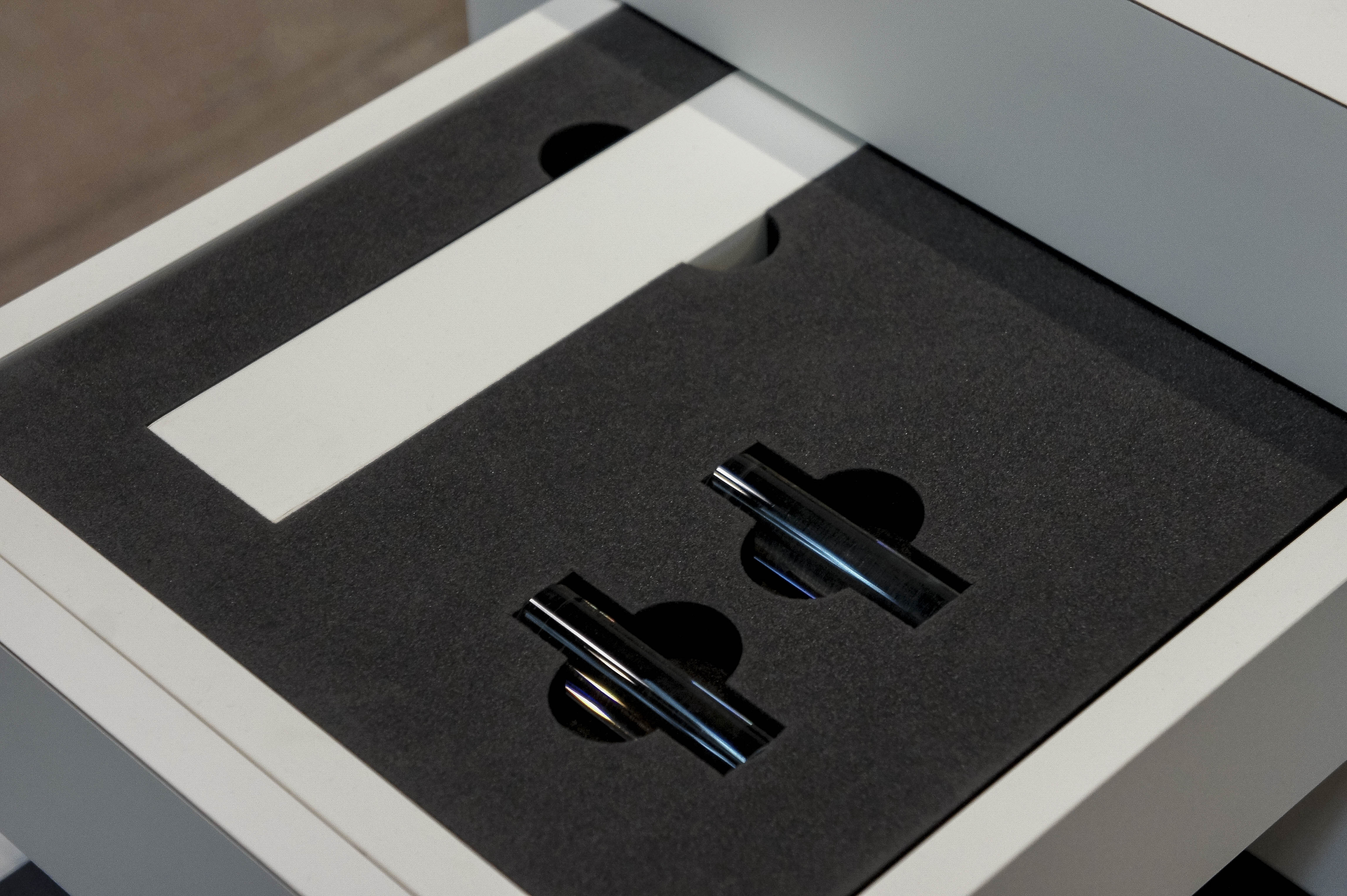 Expression of an aesthetical cult, function becomes subject. Underneath fabrics and draperies lies an elusive memory, a nameless reminiscence. It is a cold and sterile envelope, pathetic figure of death, immortal fold, survival of art.

I have more memories than if I’d lived a thousand years.

A heavy chest of drawers cluttered with balance-sheets,

And heavy locks of hair enveloped in receipts,

It is a pyramid, a vast burial vault

– I am a cemetery abhorred by the moon,

And constantly harass my dearest dead.

I am an old boudoir full of withered roses,

Where lies a whole litter of old-fashioned dresses,

Where the plaintive pastels and the pale Bouchers,

Alone, breathe in the fragrance from an opened phial.

Nothing is so long as those limping days,

When under the heavy flakes of snowy years

Ennui, the fruit of dismal apathy,

Becomes as large as immortality.

– Henceforth you are no more, O living matter!

Than a block of granite surrounded by vague terrors,

Dozing in the depths of a hazy Sahara

An old sphinx ignored by a heedless world,

Omitted from the map, whose savage nature

Sings only in the rays of a setting sun.

“It’s all there. All, meaning life and death of forms, the inevitable – and unstoppable – dialectic of the forms and of the formlessness, greatly suggested by Baudelaire and his ‘living tatters’. Tatters, for the carcase’s living form is shredding, decomposing. Living, for the formlessness keeps on producing its own metamorphosis, its visual rising and descending heap, ‘like a wave’, soaring and sagging, living ‘by multiplication’, as animated by this paradoxical labour that is decomposition itself, its tedious swarming, its exuberance, its ‘rhythmic movement’. On the one hand, ‘the forms disappeared’. On the other hand, they reappear like something to be born, ‘a sketch that slowly falls’ on the canvas of some painter, attentive to the diseases of the visible. Something that is never quite complete, something that will only  – and eventually – regain its figure through the elaboration of fantasy and ‘memory’.”

Selection of images, courtesy of the artist and Aubes.