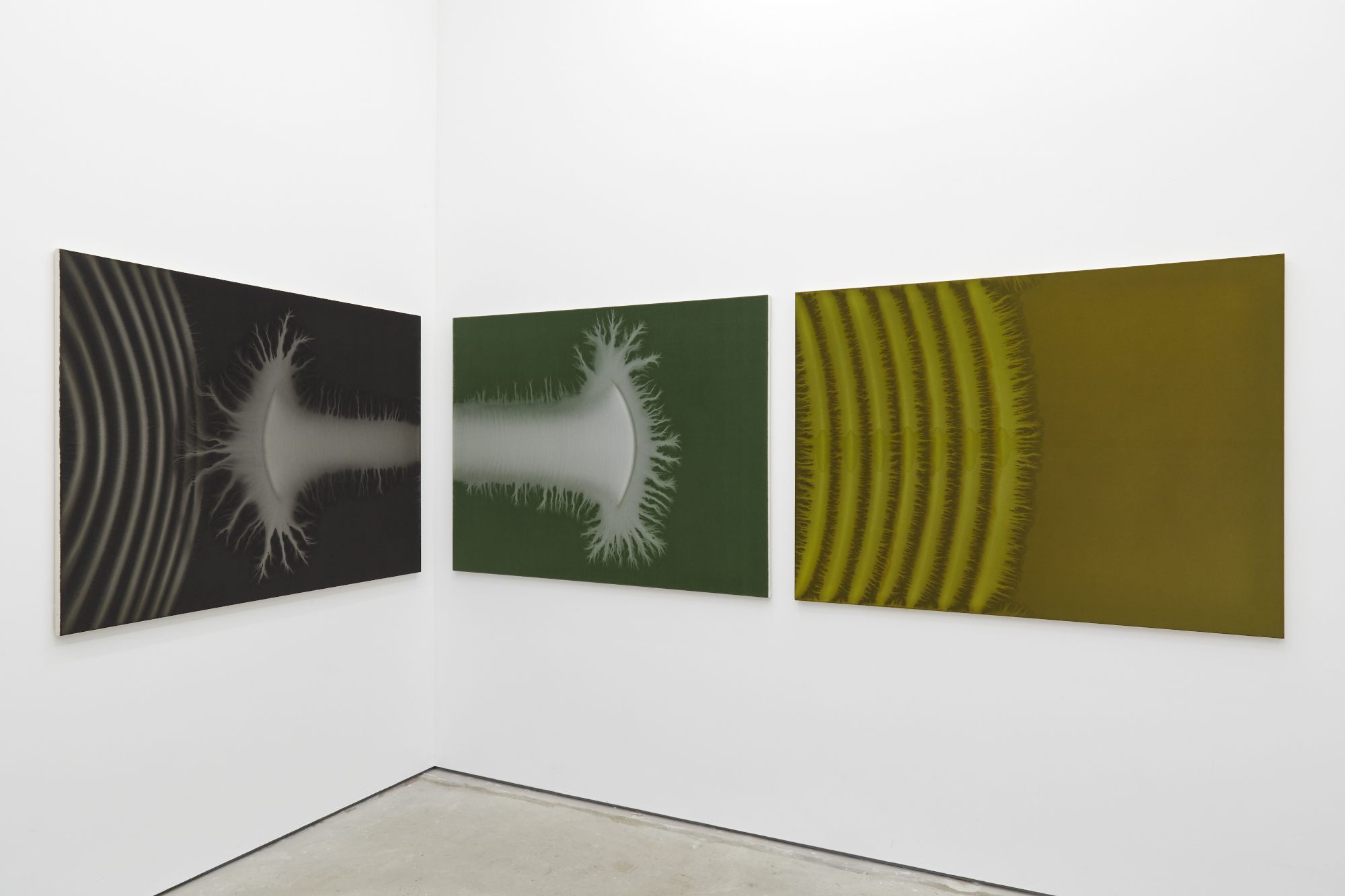 South Parade is pleased to present a solo exhibition of paintings by Paul Barlow.

Paul Barlow’s paintings discover and create a visual ecology in which things grounded in the world, and things beyond normal observable reality, begin to cohere. They have the ability of calling to mind the scientific (from the molecular and beyond), the geographic (sedimentary dynamics of rivers or estuaries) or the more quotidian (the duo-chrome test at the opticians). These visual orchestrations (or reverberations) create the time and space between recognition and uncertainty. One is not exactly sure how or when they came into being. Like a mute dream sequence there is something psychological in their geometry, ‘00:00:00’ is the beginning and the end, the start and its finishing.

For his exhibition at South Parade, Barlow presents new work made within the last year. The paintings are made through gestures that open up an in-between space, the void between things. Sometimes the images may be constructed from things discovered in previous paintings or that might have sparked potential images. However, they are always left open in the moment, holding inside a condensed time of mysteries and surprises, like an observer fixing their gaze, trying to sharpen the focus when contingency and movement reveal an unexpected moment. It is a compelling and compulsive painting practice with a charged and demanding clarity. Every painting inspires the next, experiments of medium, surface and form. The story, the new reality, emerges; the more you look, the more the story unfolds.