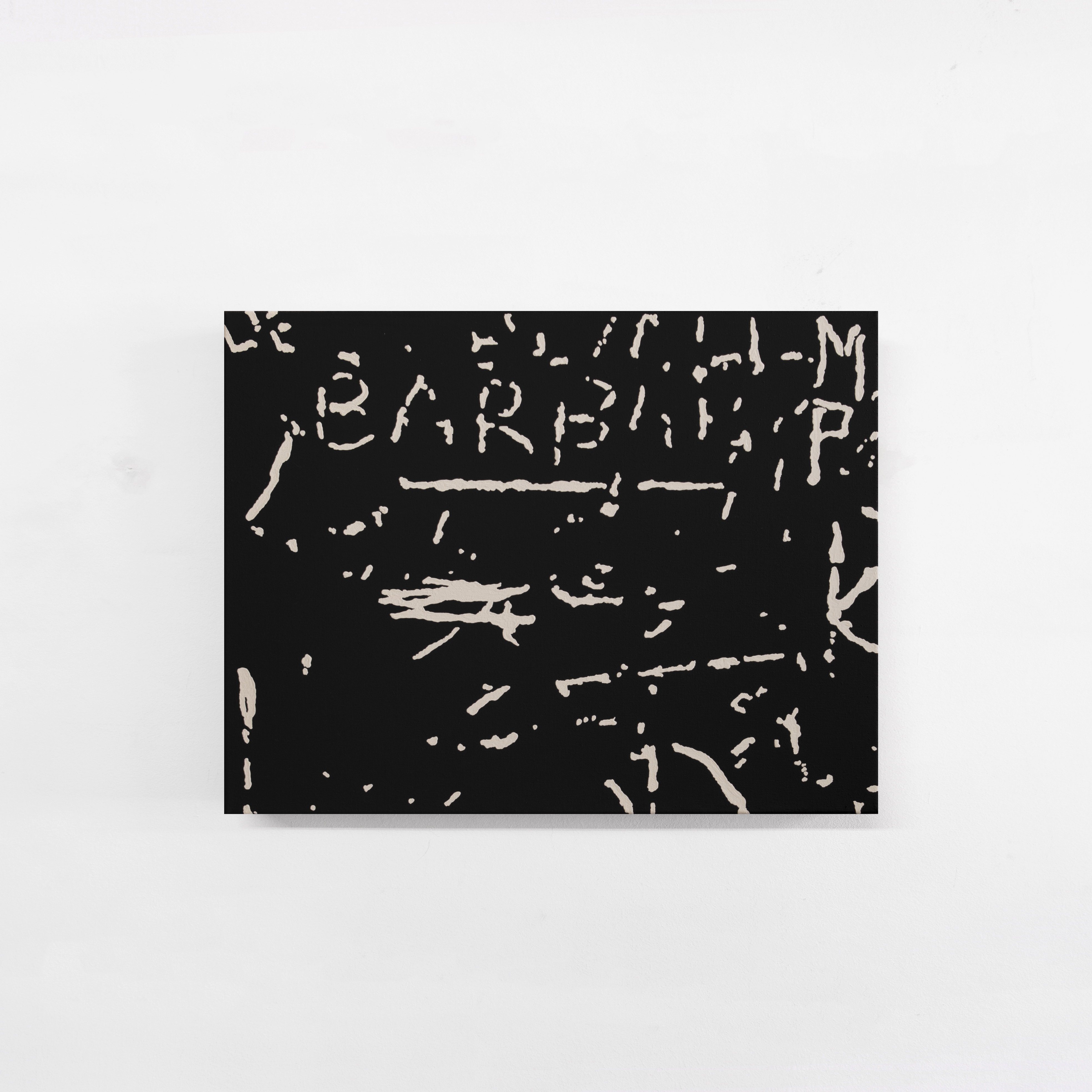 *This interview was initially published in Pal Mag #02 for Pedro Matos‘ exhibition When we’re gone at Pal Project, Paris.

SCANDALE Project : When did you become interested in art? What’s your background ?

Pedro Matos : I was naturally interested in painting and drawing from a very young age and remember visiting a lot of museums while traveling with my family. In my teens I was also involved with activities such as skateboarding, surf, graffiti, cycling, music. Each had their own connections to art subcultures and I started discovering contemporary artists who were also part of those communities. They were my introduction to what a living contemporary artist was. Later on I went to art school, first in Lisbon and then in London, but I ended up dropping out while in London mostly because I was spending my time working in the studio or organizing exhibitions.

How would you define your relation to the contemporary environment within your work?

I try to look at what is valid and real despite the contemporary world and our times. It is much more difficult than getting caught in the ever changing news cycle or ideology that gets obsolete very fast. I feel like we can’t have a narrow vision and look only at what is in front of us. My quest is to explore life and reality itself, human nature, and what remains valid in an ever changing world.

Can you give us an example ?

There is this series of paintings I have been working on that relates to other people’s graffiti marks throughout history. While the motifs and techniques change from political messages, to tags, memes or love messages, there is something common to every era. Humans have this desire to leave a mark that outlasts them, to communicate with others and to leave a trace of their own time and existence.

How do you gather references, or is there any that you would like to mention?

I am always very interested in art, contemporary and past, but I am not able to pinpoint any single work or artist that is more influential than the other. My taste goes back and forth as time goes by. As for other references, it can be anything. I collect them without any goal in mind, and some of them end up being used, others are just part of a research that serves to inform me but never become a visible part of any work. I take photographs myself, steal others from the internet or books, and lately people have been sending me photos of references that they find and could relate to my work.

Your paintings mainly refer to marks left behind.  What kind of marks are you particularly receptive to?

I am interested in a wide range of mark making throughout history. From pre-historic etchings to amateur graffiti messages, and more recently even digital data can all inform the work. Most of the modern “graffiti” marks that I am interested in are amateur engraved ones of names, dates, love messages, memes, jokes etc. They can easily be found in bathroom doors, school furniture but also in very remote locations in nature.

Are you only interested in their human dimension or do the asperities also count for you when you select them?

All of it counts and all aspects interest me. From the imprint itself to how it fades over time, whether it stays legible or becomes abstract, how it interacts with other marks on the same surface and the composition. The reference documentation and aesthetic qualities also count and even though not all of them are usable or translatable into paintings. Some of these marks fade away quickly while others seem to stay forever.

What role does technology have in your practice, considering that you paint after images and digital composition? For many painters of your generation it is an important element or at least an important source of material.

It plays an important role. Even though my paintings don’t seem to be digital objects, different parts of the process are made with modern technology. The reference imagery is usually digital photography, then I use photoshop and projectors. The online documentation and distribution have become part of the works and how they are experienced.

After your composition work, why do you choose to go through the “extra” steps of projecting and painting instead of developing it on digital based media ?

I started using digital media as part of my process very early on. Doing fully digital work or printing canvases or even doing something like silk screen printing just doesn’t work for me. The work is not just the reference or the composition, and I use the “source” image quite vaguely. In each step of the process there is information lost, and new information added, from the surface, the paint, my gestures, time.. In the end the painting is much more than just an image. I also like the dynamic or tension between using very formal and traditional materials embedded with tradition and the history of painting such as a linen canvas versus the very mundane aspects of household paint or decayed graffiti names.

The flat aspect suggests that the image and its importance in your work should be discussed. The images embody a kind of working “material” that can be stretched to produce a painting. Is there any relationship between the environment, the image and the pictorial translation in your work?

Yes, it is a combination of different things working together. On one hand you have the technical process, as you said being the same across more than one series. It has its own language and similarities from the material itself and the way I use it. On the other hand, I think even though I have worked on different series with different themes or image sources as reference, they are connected and share commonalities. The first series was more abstract and about decay but decay is also a component of the graffitied surfaces. I did a series of paintings with broken marble floors or terrazzo as a source. They had a stronger focus on unconscious composition making, which is also an aspect present on the other series and so on.

An interesting element of your painting is at first glance an hermetic feeling, which then leads to true contemplation, is this intended in your work? Are you aware of this?

I think it is not totally intentional in the way that I don’t mean to dictate how people should respond to the work, but your suggestion is close to my personal experience. I see my work as a means to use contemporary art’s formality in order to bring either dialogue, questioning, engaging, but it will be up to each individual to have their own experience.

Your work stands on the limit of representation and abstraction, which is not that defined but blurred or at least porous, is it something really important in your work?

My work in the past few years has been oscillating between more and less “abstract” on an aesthetic sense, but it has never been really abstract or formal. My process starts with an idea and each series consists of several variations of the same idea.

Is it the immaterial aspect that interests you? Immaterial in the way that for example, whether it disappears with time or it contains implicit meanings.

Yes it is one of the things that interests me a lot but it’s not the only one. I have a quite holistic vision of life (and art) and believe everything is connected. I am very keen on the immaterial, the ephemeral, the spiritual, the time… but also in the material, the human, the mark, the experience, the remains, the evergoing change… and so on. There is a sense of mystery or wonder about what’s behind the material form.