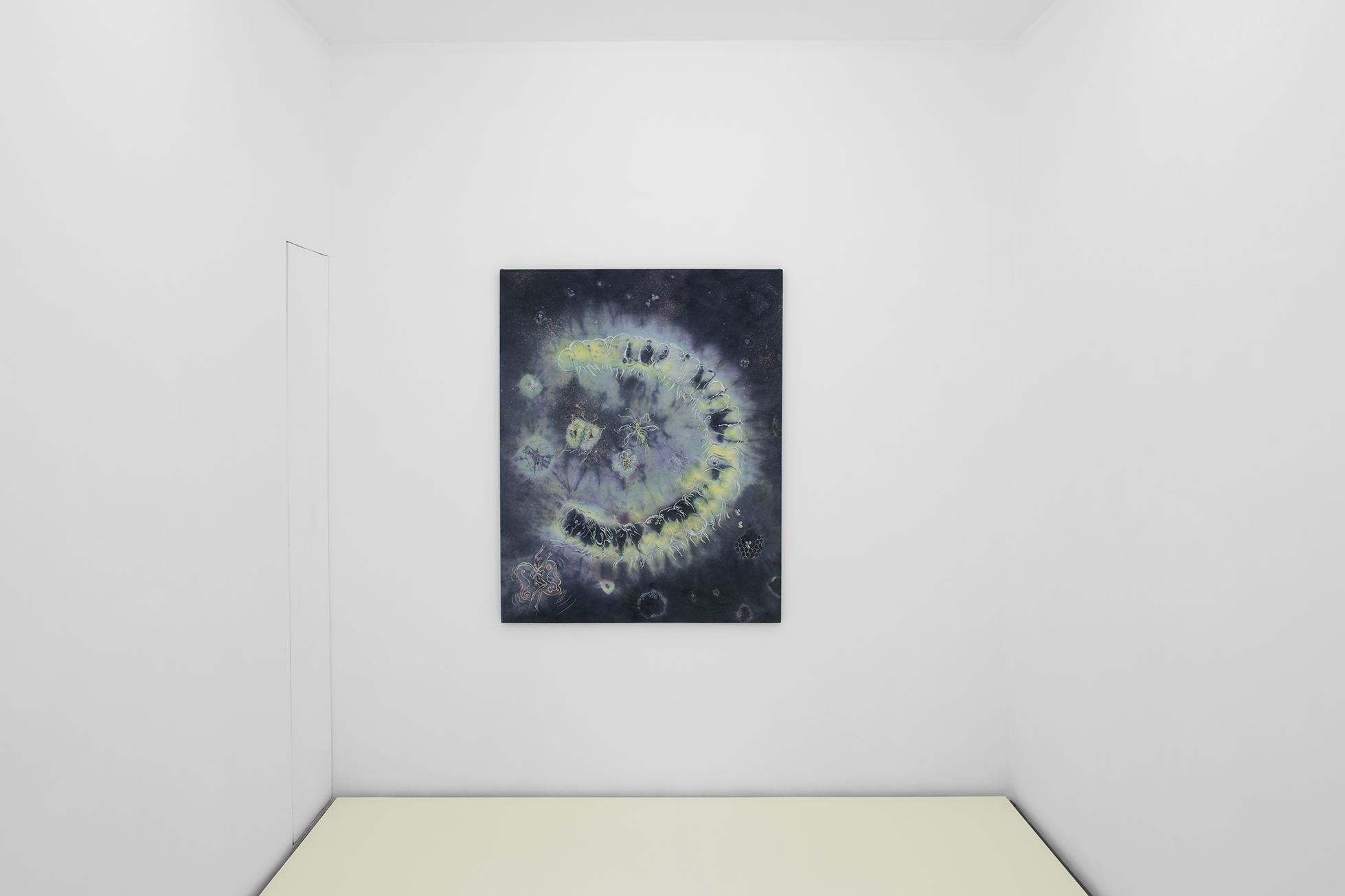 For her show at Lulu, entitled “Spank the Sky,” the terrestrial and the celestial, loam and ether, worms and angels, and all that is in between are collapsed together and made to commingle in order to create her teeming universe. The simple soft underground dweller and winged, if imaginary creatures are all invited to conjointly cavort in this singular body of work, which consists entirely of embroidered works on dyed fabrics. In making this work, Magalhaes drew upon her own “hippie pagan sun and earth worship” childhood and the catholic faith of her grandparents. She was also inspired by the Metropolitan Cathedral in Mexico City, whose vast, majestic and symbolically heavenward striving is always contravened by its battle against gravity, as it sinks deeper and deeper into the earth (famously constructed on a land-filled lake, the Cathedral, like much of Mexico City’s Centro, is literally sinking). This motion of simultaneously reaching up and descending downward is reflected in the exhibition’s title “Spank the Sky”, an impossible enterprise, which implies a variety of contradictory moods, such as wanting to corporeally punish the “above” for afflicting us with this earthly life while also invoking a kind of absurd kinkiness.

All images copyright and courtesy of the artist and Lulu, Mexico City.