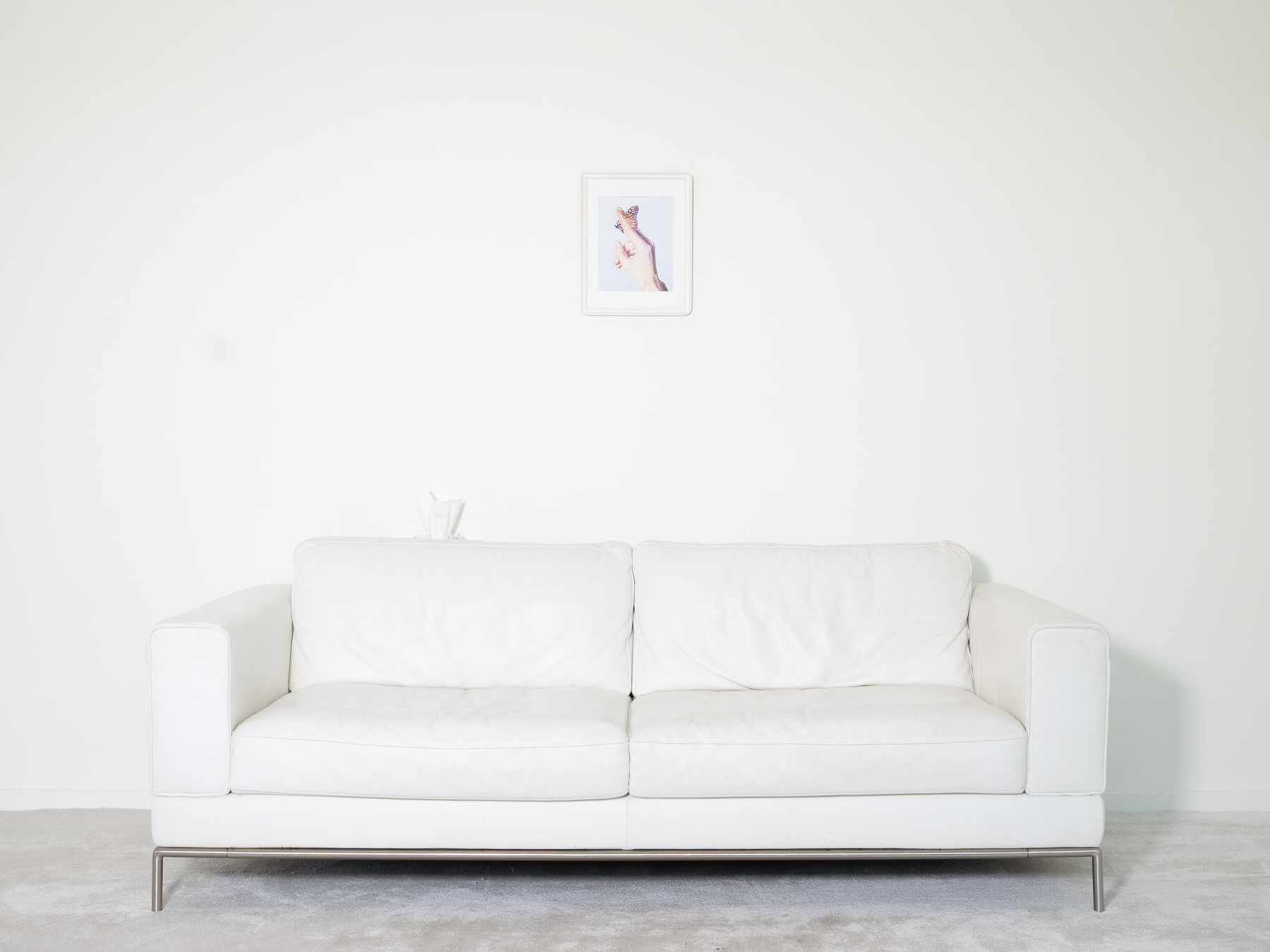 Objects filled with memories; places where time seems to stand still; moments that want to be captured – with Steady Hands, Linus Berg, Nicholas Stewens and Celia Zehetgruber create an awareness for the moment, for presence in the past, present and future.

Like relics of a past, transfigured time, pedal boats floating on a black screen can be found next to drawings of apparently childlike motifs. Almost innocently, they seem to want to distract from the scenery in the back room where the technological equipment and props of a porn set only hint at the clandestine moments that are meant to be captured in this place. Through footage of public spaces shown in the next room, which seems like excerpts from video surveillance cameras, the uneasy feeling of not being able to escape the observing gaze, whether in the city or in the countryside, is conveyed.

Nature is a complex cycle of endless interweavings. A complex web that seems difficult to comprehend in its entirety. It is moments in time alone that allow us to draw conclusions on the overall picture. Given this background, Linus Berg examines a great variety of topics. He deals, for example, with processes of our collapsing ecosystem or looks at feelings of sentimentality in the context of personal memories and experiences, which are often much more universal than they may appear at first.

Nicholas Stewens questions the general understanding of morality, values and expectations within our social structures. Through drawings and installations he devotes himself to moments that are shaped by a transfigured view of the world. Queer theory, Christian ideals, war and childhood memories collide with each other. Opposites that irritate and seem to exclude each other at first, reveal formative moments of life upon closer inspection.

The documentation of places where nothing significant seems to be happening is the literal focus of Celia Zehetgruber’s work, however, she withholds the true protagonists of the events. A certain point of view and a deliberate look at everyday scenes, where the politically charged past is unknown to most people, play a central role. Nothing is as it seems at first glance. Even the sweeping view over a field full of dandelions can evoke memories of a better time, while simultaneously being disturbed by the shadow cast of the recording drone, which powerfully and almost relentlessly ploughs through the flowers with the air it stirs up.

To have so-called “steady hands” is a quality that demonstrates control, stability and precision. Whether it’s holding a camera, aiming a gun or steering a boat, it is all the same. What matters in the end is the conscious engagement with the moment.