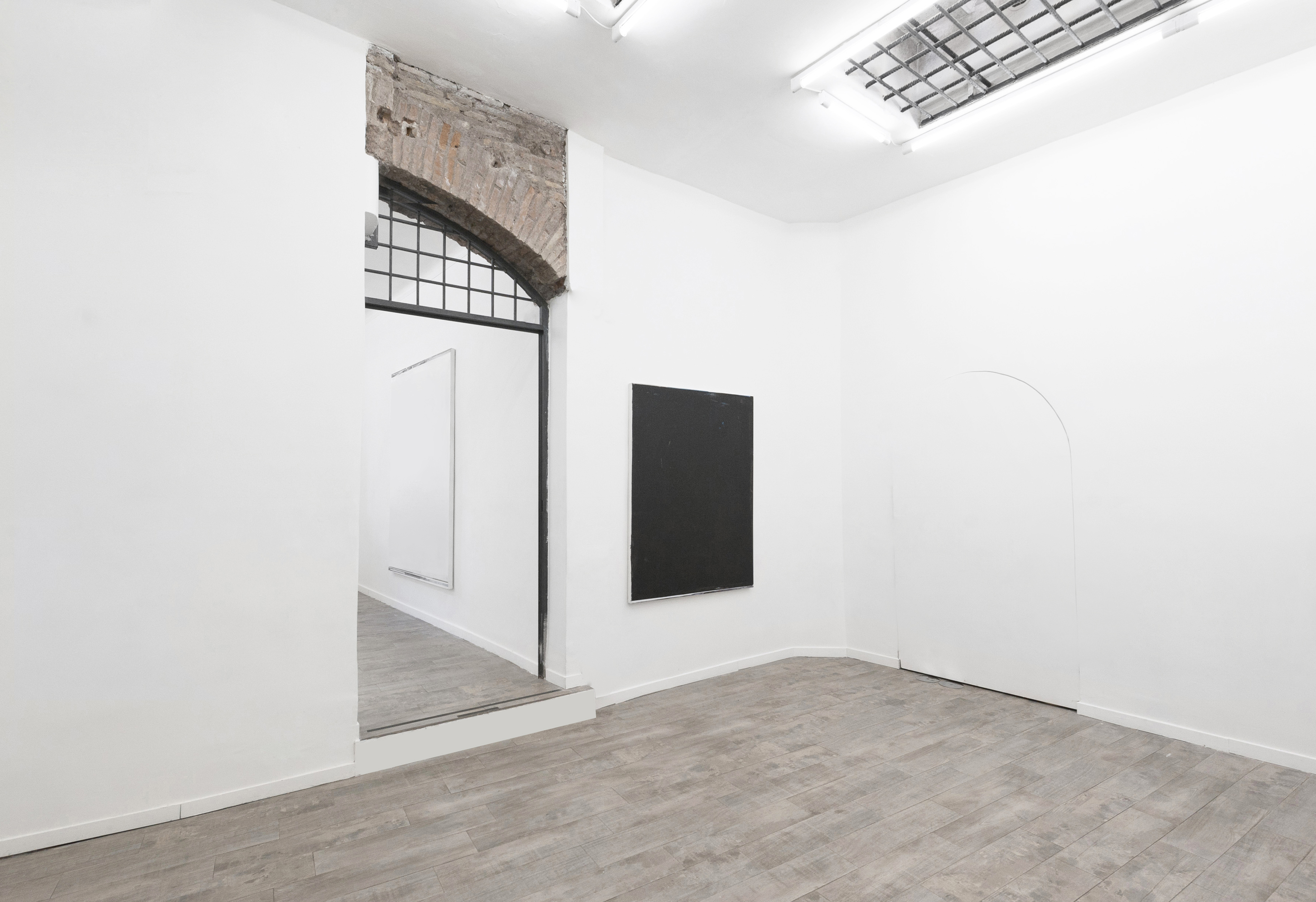 Subverting expectations without erasing their origins

Between painting that goes beyond time and multi-dimensional spaces, the artistic research of Francesco De Prezzo is continuously looking for a new balance, antagonizing the idea of status quo by concealing it. His research swings between creation and deconstruction: rules and pedantic processes are wrapped up in the idea of cancellation. The annulment generates a new pictorial language that reflects on the idea of painting and its destruction. De Prezzo subverts the usual modus operandi, according to which, the colour coating works as image background.Elegant compositions go through two different phases and, usingthe words of the artist: «[…] to paint means going through two separate moments, the first one is the “building of the image”, where, during a session of live painting, I accurately reproduce the space where I’m working, the second one, more instinctive, sees me covering up the previous work with a layer of enamel. This monochrome covers and cleans the original image, ideally giving autonomy to the surface of the canvas […]».Renunciation to colour can be identified as “Chromophobia”. It is anticipated bythe academic time of execution, slow, faithful and continuous. The result is rapidly cancelled by rapid and strong white or black strokes, spread with a paint roller that wipes out all those forms, situations and objects previously carefully described, saving only a few fragments.This radical and almost incoherent act gives the work character; things become their painting gesture, the figurative blends with the metaphysical And the canvas acquires a new depth.For De Prezzothe pictorial work is a pretext to investigate the idea of perception and reproducibility of images in various declinations, visible only when there is a glimmer of light.