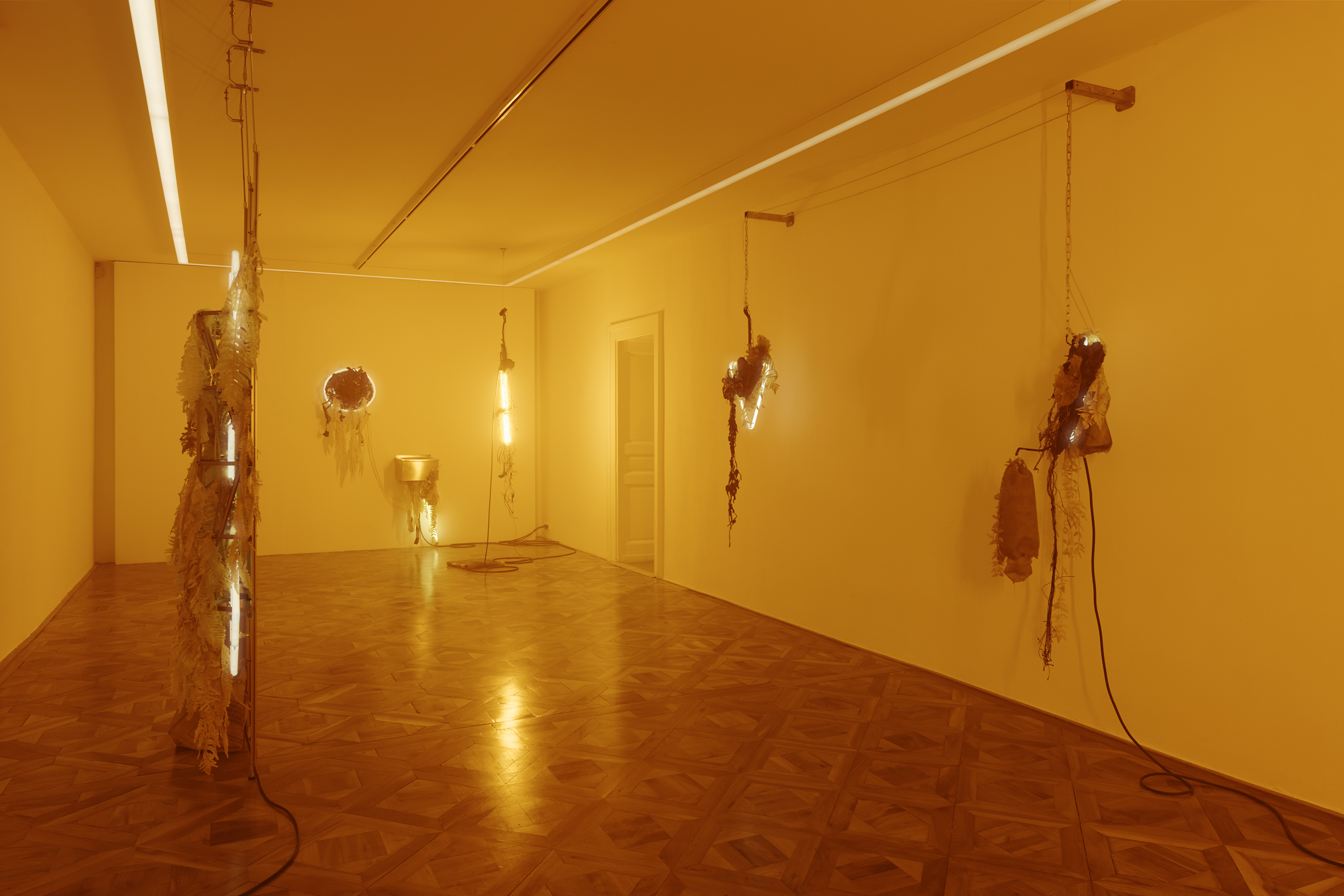 TAFAA – THE CENTURY OF THE SNITCH

This winter La Villa du Parc has invited the artist chloé Delarue (1986) to produce at our contemporary art center a new iteration of tAFAA (toward A Fully Automated Appearance), the acronym under which she has been developing her visual work for five years now. tAFAA forms a dense immersive whole in which technical residues contaminated by some kind of organic mucus have been transformed into hybrids; tAFAA acts like a biotope that evolves generatively from show to show.

This physical environment is driven by slow changes and apparently low-intensity energies. Here we feel the effects of on-going changes to our sensibility and ties to reality, which are modified by current technology whose externalizations, branching out more and more, are increasingly powerful and autonomous. tAFAA is an anxiety- producing projection in a period that is hard to place, the creation in real time of a future that might already be the past, constantly becoming reality and being refreshed. It looks like an alternate hidden territory, a tangible yet paradoxically uncertain space.

This latest sequence is called “The century of the Snitch” and occupies both floors of La Villa du Parc. Delarue has taken over the exhibition venue with a mechanism for physical dissolution. our perception is powerfully disturbed and becomes troubled and insecure, conditioned by the internal logic of tAFAA dealing with functioning and appearance. Here and there are “offering boundary stones” that are self-illuminating with sodium lamps, concretions of vegetal and industrial latex flesh that are grafted with different armatures. tAFAA – tHe ceNtUrY oF tHe SNItcH makes concrete esthetic and sensory hallucinations of a landscape in which the squamae of the living and modernity are steeped in the obsolescence of computer code.