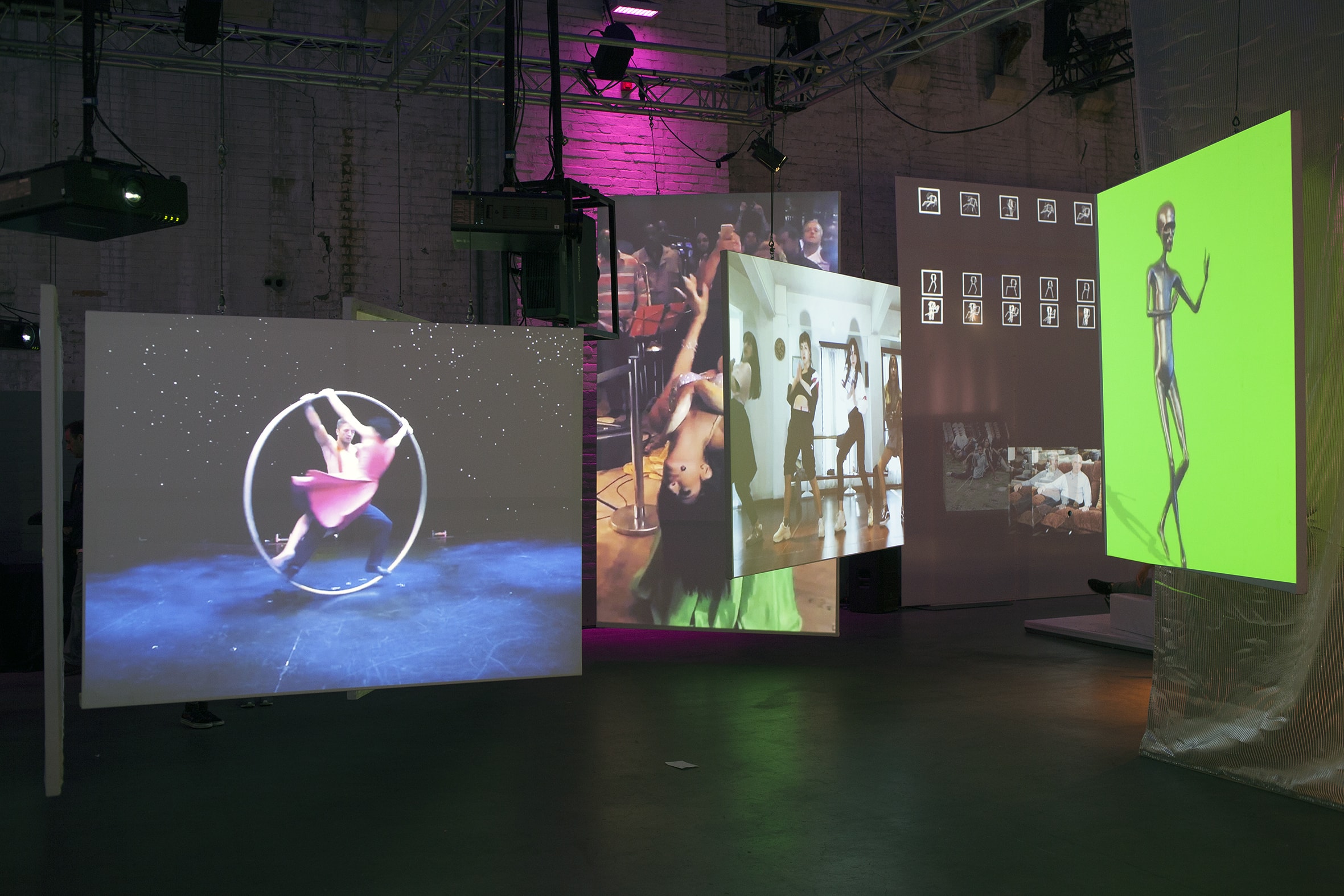 Universal Tongue is a project founded by visual artist Anouk Kruithof surrounded by a team of 50 worldwide researchers who collected around 8800 dance-videos from social contents and platforms such as Youtube and Instagram. Collecting 250 hours of found videos, each researcher wrote a text about observed dance styles in their videos. 1000 different dance styles are to be seen in the 8 channel video installation with a total length of video of 32 hours.

How did you come up with the idea of Universal Tongue? As we know from previous projects that online representation and its circulation are part of your practice

Dance is a way of knowing the world; it tells us something about our cultures, the human condition and ourselves. To me dance equals empowerment and is universal. This is the simplest and most severe reason I wanted to make this “dance-conclave through the jungle of the world wide web”. I had this idea already in mind for several years, but at the end of last year I got the opportunity to develop it thanks to Cinekid 🙂 and started researching, digging and collecting in collaboration with 50 researchers based all over the world, who I paid a symbolic fee of 1 euro per delivered video. Next to myself (I found 1452 videos) we came to a total of 8800 videos out of which Universal Tongue eventually came to existence.

Dance can mean a lot about a culture and its history, from local or sub culture it becomes through the online diffusion a global culture. In which way would you consider this kaleidoscope of local dances as a global language?

The work has different aspects, as for the 8 channel video installation, one sees indeed a eclectic mix of all the 1000 various dance-styles represented in the videos that are divided over the 8 screens, the videos are organized as: “solo, duo, group or mass” videos which only relates to the amount of people you see dancing on these videos, that was a clear strategy to make sure, there is no subjective (as far as this is possible) or classification in the editing process. I it’s surely shows a globalized sort of ‘language’. I always wanted Universal Tongue too be a hybrid identity that is fully fluid. To reach this is shown in how found video footage is edited mixed & morphed and enforced by the choice of using one and the same sound-track, that is made out of music subtracted from the original found videos and re-mixed, for all 8 films of each 4 hours duration. On the other hand we also have this informative layer in the project, where one can actually learn more about each dance style, their content and origin by seeing 1000 screenshots for each dance-style and by reading the written texts about the dance-styles that are made by the whole team. Maybe this is more my ideal maybe?… what shows this; I am for hybridity but in a way of understanding towards a more fluid world without borders and with of limitless exchange and understanding, but without dismissing crucial cultural fundaments that are important to understand and respect the world in means of where we come from and therefor tell us more of where we are at now.

Would you define dance videos as an alternative language, thought like a way to produce meaning in the contemporary era?

Dance is transformative power where constructed ideas, challenging belief systems and local, global, universal and spiritual connections appear as an embodied knowing. Dance can provide a process for learning about identity and how identities are situated within culture, gender, and history. The body can be the mediator of all experience; The body shows physical being that feels pain, joy, tiredness, love and energy, possibility and freedom. Dance is also a tool for transformation into altered states, escaping or on the contrary connecting to people, finding intimacy and care. Dance exposes questions of social injustice, inequality, asymmetrical power and the lack of human rights or dignity. Dance and the moving body is more than anything in our diverse and complex world that unites us in recognition of our shared fragility and our common human condition? In this sense I would like to see it as an alternative more holistic universal langue yes.

Digitalization affects also identity, diversity and representation, working on this project what are some of your conclusion from the impact of this digitalization?

Ward Janssen (curator of Cinekid-Medialab) actually described this quite well, he said “Universal Tongue proposes that, however crazy we get over internet crazes, the traditional dance as a token of cultural identity on a mediatized global stage is far from being diminished in cultural relevance by the digitization by global media platforms. It’s value becomes, even, more present and thus more relevant than ever by its visibility on a global scale. Viral media is about fads. Dance as a universal language spread online shows us there is more, far more to dance, than just that fad of the moment.”

The way to archive/ classify is interesting as it becomes an online video library organized by dance styles and geography. Is the project « closed » or the aim is to remind open to any (new) dance addition ?

I think Universal Tongue is in itself something what has to be open and ongoing, I thought of the hashtag #universaltongue can be the key to keep developments of new dance styles, steps and virals, but this depends on if there will be a participative element to the project, where it’s open source and everyone can add new dance styles and keep on updating, therefor the project needs to be more known and to develop this I would need more time and more budget, as always but yes I agree with you it has to be #opensource and growing forever!