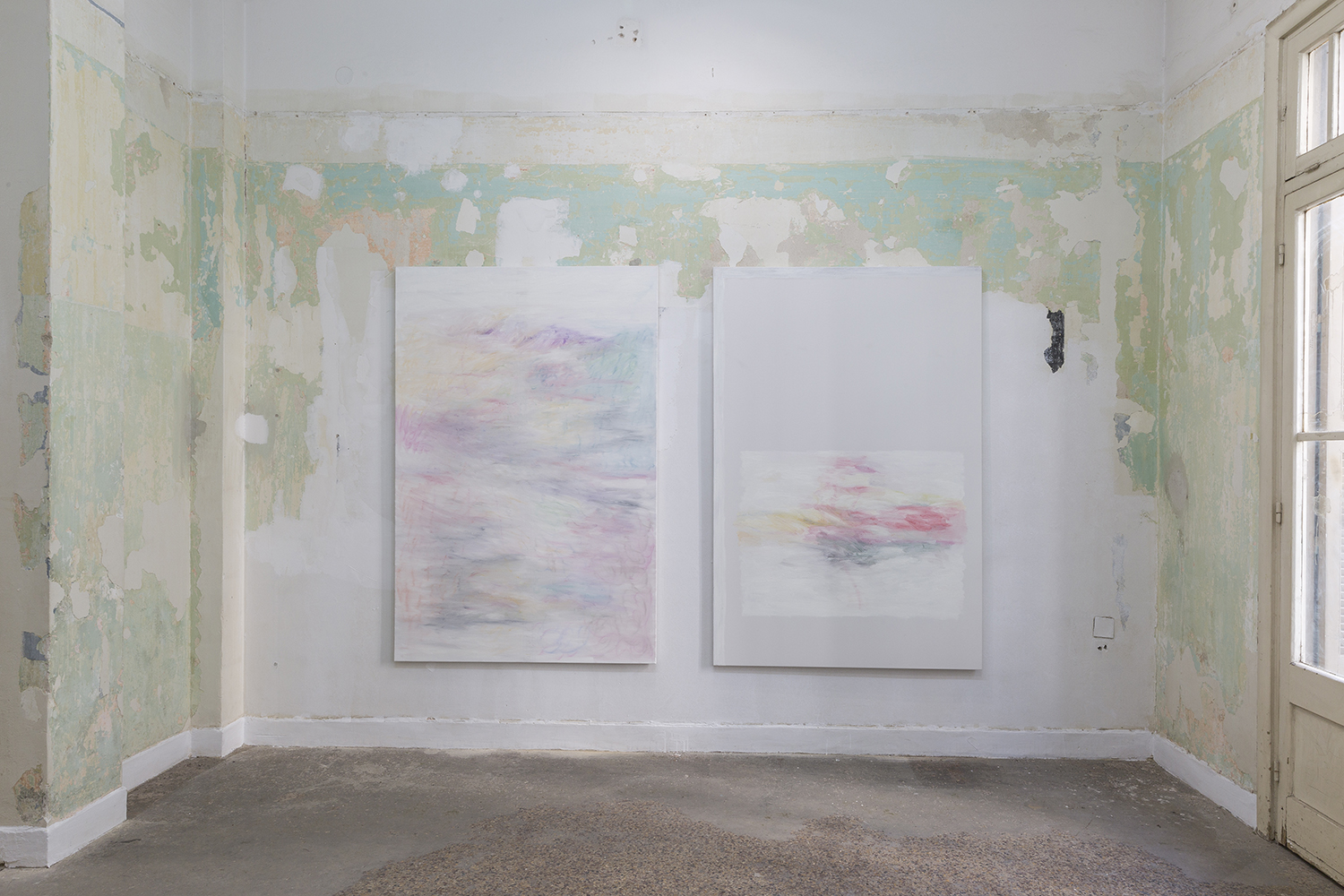 “Movement is a figure of love”

KYAN Project Space is pleased to present Florent Frizet’s new solo show Untitled Movement. Between 2016 and 2021, the artist has developed a series composed of 55 paintings, all the same format (”180×120”), attempting the depiction of the link between one’s own emotions and the mechanisms of the cosmos. For this exhibition 10 works were selected, the iconography of which, centers around an abstract and omnipresent eroticism. Movement is not just about moving in any given direction. It describes a will, a force stirring in every form of life, an inherent dynamism propelling every object and body to move forward and ultimately it prescribes an inevitable push to change. Referring to the rotation of the planetary system, Georges Bataille compared cosmological events to personal ones, inscribing them on the same surface. Rotation is infinite.

The serial aspect in his work stems from impressionism, but the discovery of Hilma af Klint’s “The Ten Largest” (1907) was, above all, what pushed the artist to work in this direction. The work chosen for the poster – a pivotal work in the whole series – shows a reinterpretation of “La Lutte de Jacob avec l’ Ange” (Jacob Wrestling with the Angel) by Delacroix (1861) which the artist had the chance to see in 2019 in the chapel of Saint-Sulpice, in Paris, after the painting’s restoration. The intense battle between Jacob and the Angel turns into a dance before the viewer’s eyes, a sensual moment in which violence dissolves.

In 2021 the artist expanded his practice through curating. For his main curatorial project, “180×120”, he invited contemporary artists to produce works in the same format of his own work and exhibited them in his apartment. The main attractiveness of this form is that of its anthropomorphic scale and that the curator, the artist and the viewer are almost forced to look at the work as something more than a painting or image and ultimately to consider the role of the tableau. As an object, it inherently shines through its diachrony and its immobility. The work is stuck to its permanent existence on the canvas and to its immobile point of view, remaining still amidst its perpetually changing surroundings. After a few years of Frizet showcasing the works of his Athenian contemporaries, KYAN is now proud to present a small selection of the artist’s own and most personal works, the origin and roots of his other projects.