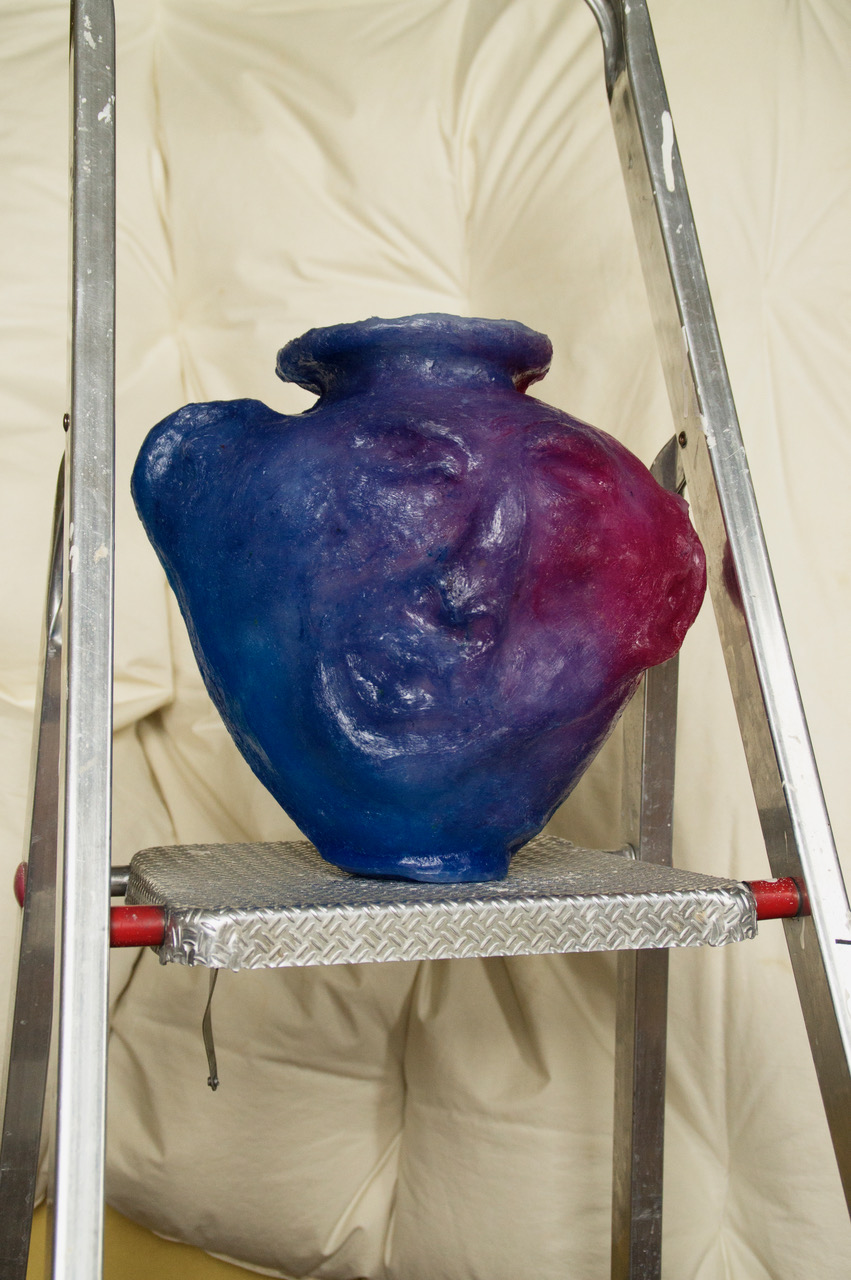 “Humans emit aspects of themselves in what might be called eidolata, ‘skins’ or bits that come from them, but then have some kind of independent existence apart from them. So their personhood becomes distributed in the milieu, beyond the body boundary » (Art and Agency, Alfred Gell)

Firstly formed in applied arts and fashion at Duperré in Paris and Central Saint Martins in London, Diane Gaignoux’s practice has developed in a multidisciplinary way around the idea of the body as a “vessel”, a container, in movement and construction between interior and exterior. Her work tends to question the notions of identity and body in mutation. This approach, at first engendered by clothing, led her to work with sculpture and performance. A performance of naked bodies painted in clothes, parading on a red carpet, “Expeausition”, was presented in March 2019 in Le Havre, where she has been living and working since 2018. A new performative piece is created with the help of Le Phare, National Choreographic Center, in Le Havre.

In her work, the material becomes a skin to read, felt, incorporated, referring to a presence, an identity. Clothing is a social skin that spurs a search for the construction of an identity. There is then an analogy between the human and the material allowing him to express himself, which we also find in the use of objects. Both the clothing-envelope and the object-receptacle are narrations. Objects, clothing and bodies are treated as containers that resonate with the outside. “Vessels” with statuary roles, figureheads of contemporary and personal legends. One aspect of her practice tends to experiment and highlight what could be designated as a space of intersection between various disciplines. Trying to work in an in-between space could be seen as a linking and echoing practice where clothes, vases, objects, figures and shadows are all in conversation.