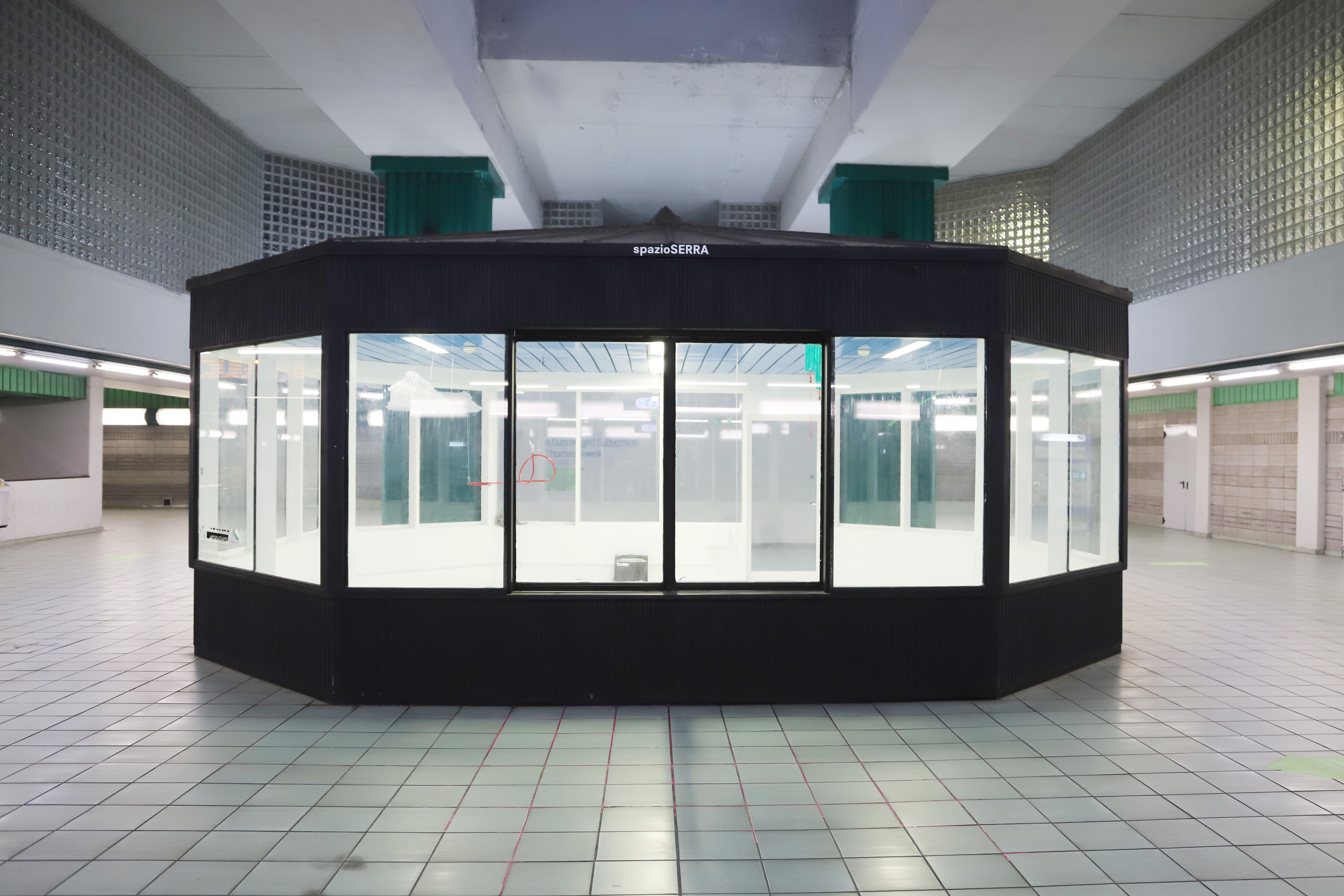 A Submerged Subversion is the site-specific exhibition by Thomas Soardi proposed within venerazioneMUTANTE, the exhibition season of spazioSERRA dedicated to the transformation of site-specific works during their permanence. The exhibition is visible from Wednesday 9 March 2022 to Wednesday 6 April 2022 at the Lancetti railway station.

Soardi’s work draws an analogy between the Lancetti station, an urban space characterized by a continuous passage of flows, and the sea abyss, one of the last unexplored territories on planet Earth, despite covering almost 70% of its surface. Sculptures and audio tracks tell the evolution of some marine organisms, environmental hostility, the abyss-suburbs spatial dichotomy, and the anatomical exchange relationship between fish and human beings.

Giulia Mengozzi writes in the critical text accompanying the exhibition “The objects that populate A Submerged Subversion insist on the camouflage of the human animal, which in this case creates devices based on the anatomical structure of fish to be able to move around in their habitat”. The first installation consists of a steel cable, such as those that allow divers to monitor the depth level reached and ensure easy ascent. A stainless steel sculpture, attached to the cable, refers to the study of a diving fin immersed in a fluid. A synthetic glass sculpture represents an aquatic level from which a physiological solution flows and three other sculptures evoke marine organisms. Two other installations refer to bioluminescence and exafference (chemical reaction in response to an external stimulus) in marine creatures. The last installation is an iron sculpture representing the union between the tubular of the oxygen cylinder and a gill, on the top of which is placed a fusion of aluminum evoking the release of carbon dioxide into a fluid.

spazioSERRA becomes an upside-down aquatic environment, in which the blue ceiling takes the place of the seabed and the windows simulate the presence of water: as in an immersed environment, the shapes and colors of the works are visible in a blurred way. Two audio tracks of different lengths are played in a loop with a progressive delay, creating a constantly changing sound environment for the duration of the exhibition: sounds from the seabed intersect with sounds from the railway landscape. The other mutant element of the exhibition is a crystal, placed inside a Murano glass sculpture, contained in the fin, which is fed by a chemical solution that will cause its increase in size, in a constant way. but very slow, so much so that it seems invisible.

Crystallization is a condition in which what was initially mutable and fluid becomes instead static, solid. If life were considered movement, crystallization could seem to us an absence of movement, and therefore in apparent contrast to life.