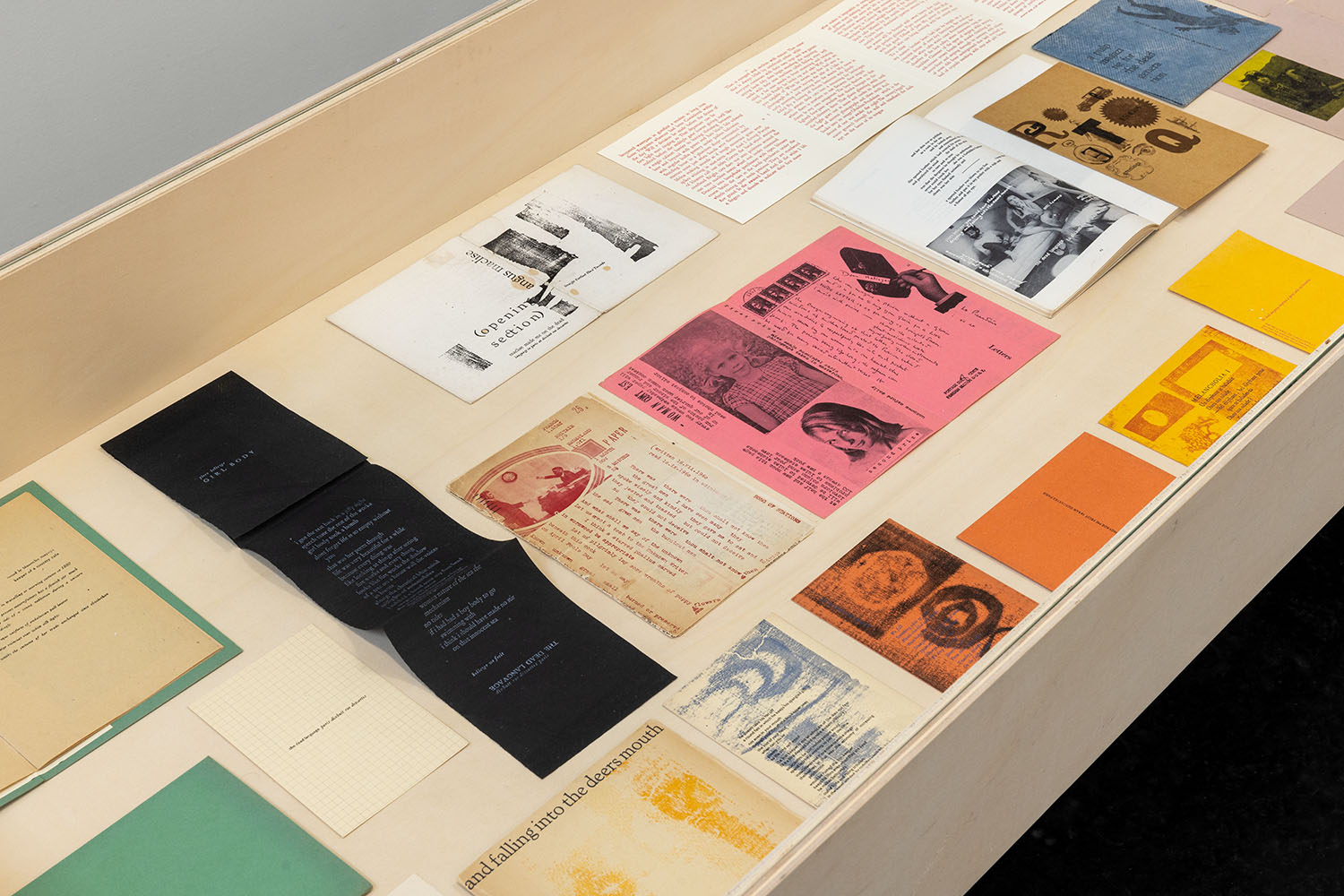 In collaboration with Les Bains-Douches, Alençon

A poet, a publisher, a filmmaker, an actor, and a musician, Piero Heliczer was an important figure in the underground scene that blossomed between the Americas and Europe in the 1960s and ‘70s. Born in Rome in 1937 – his mother had fled Germany and his father Poland – he died in France in 1993, where he was then living, in the small village of Préaux-du-Perche, in Normandy.

As a child, Piero Heliczer stars in several movies in Italy, notably Bengasi (1942), a war propaganda movie for the Fascist regime. In 1944 his father, a doctor who was engaged in the Resistance, is tortured and killed by the Gestapo. After WW II Heliczer emigrates to the US with his mother; a brilliant student, he is admitted to Harvard where he studies literature and linguistics. He starts to write poems and, after a meeting with Gregory Corso, he decides to abandon university to focus on art. A nomadic life ensues: he goes to Paris in 1957 where, with his high school friend, the artist and musician Angus MacLise, and the poetess Olivia de Haulleville, aka Om, he founds a publishing house: the dead language press. Together they print small publications, pamphlets, broadsheets, cards, etc., publishing their own works and those of the likes of Gregory Corso and Anselm Hollo. Heliczer and his friends mingle with the scene that gathers at the Beat Hotel, where Sinclair Beiles, William S. Burroughs, Allen Ginsberg, Brion Gysin, and Harold Norse are then living.

In the early 1960s, Piero Heliczer travels to England, and participates in events organized by poets and publishers such as Michael Horowitz and Tom Raworth, with whom he collaborates regularly over the years. He also makes his first movie, co-directed with Jeff Keen: Autumn Feast (1961). Soon he settles in New York, where his relentless activities participate in the dynamics of the famous underground scene of the time. A Factory regular, he performs in a few of Andy Warhol’s movies, including Couch in 1964. Befriending Jonas Mekas, he makes films such as Soap Opera in 1964, and Dirt in 1965. (That same year he shoots a movie with The Velvet Underground: the reels are today lost, but the project survives thanks to a TV report on the set, for CBS Evening News with Walter Cronkite.) Angus MacLise, Tony Conrad, Marian Zazeela, Ira Cohen, Barbara Rubin, Gerard Malanga collaborate with Piero Heliczer on projects that combine poetry, performance, film, music – such as The Last Rites in 1965. Ephemera and small publications are a preferred medium for this close-knit community, who uses printed matter as a means of expression and a way to make their work public. Still active with the dead language press, Heliczer publishes Wednesday’s Paper with Angus MacLise in 1961, and The Beautiful Book by Jack Smith in 1962, a publication that is a prelude to the making of Smith’s famous Flaming Creatures (1963). (Heliczer briefly appears in the movie.) Making back and forth trips between Europe and the US, Heliczer acts as a “secret agent” of counterculture throughout the 1960s and ‘70s.

In France, Heliczer spends most of his time in Normandy, in the Perche area that he had discovered thanks to artist Hundertwasser. He buys a house, christened “Les Friches” (“The Waste Land”): it is the official address of the Paris Film Makers Cooperative, a structure inspired by Mekas’ Film Maker’s Coop, that Heliczer describes in 1971 as “a nonprofit organization devoted to the highest ideals in creative filmmaking and does not discriminate according to race, color, creed, sex, origin of birth, nationality, or artistic capability.” Shows are organized in Paris, notably at the American Center; at Les Friches; but also in Germany, Italy, New York, etc. Poetry readings and performances such as “Underground Beauty Salons” are organized with the screenings.

Heliczer establishes himself more regularly in Holland in the 1970s; he lives on a boat, the “Sainte Therese”, and gets close to a group of poets and artists running a bookstore and publishing house, Ins and Outs. In parallel Heliczer still collaborates with journals and poetry magazines in the US, Canada, and England; however the underground community slowly dissolves. Angus MacLise and his wife Hettie settle in Kathmandu, Nepal, where, with poet Ira Cohen and a group of American artists, they run a small press, Bardo Matrix, printing poems and books on handmade rice paper and Lokta paper. (MacLise dies from dysentery in Nepal in 1979.) Heliczer loses most of his archive, work, and films when his boat in Amsterdam is set ablaze: difficult years of relentless wandering begin. In the 1980s, he is in New York, homeless, selling books in the streets. Coming back to Amsterdam and then Normandy in the late 1980s, he spends his last years living on the fringe at Les Friches. In 1993, he is hit by a truck as he was driving his Moped, towing a small trailer full of books, on a country road.

aquarium & heart gathers work by Piero Heliczer and by his circle of friends: books, magazines, flyers, broadsheets, ephemera, letters, and other printed matter. Several of these publications were made by Heliczer himself, and feature his work as well as that of others. His art, as light in its forms as it is energetic in its dispersal, is all the more lively as it favors the movement of language over the closure of meaning. With no predetermined strategy, but with an original and acute sense of the powers of printing and publishing, Heliczer approached the book as a most intense instrument – one that is able to create a community, and foster a public, whatever the circumstances are.

Following Heliczer’s approach to publishing as a generous gesture of dispersion, aquarium & heart hosts several projects in collaboration with a younger generation of artists. A series of postcard poems by Nora Barbier, Mia Brion, soto labor & nadjim bigou-fathi will be published, in collaboration with Émilie Ferrat, Julie Héneault, Sophie Rentien Lando (espace Ness), as well as ephemera by Kevin Desbouis. Who is it who is coming?, a performance by de Paul Bonnet et François Lancien-Guilberteau, will be presented on the 8th of December; and Jack Smith’s Flaming Creatures will be screened in 16mm on the 14th of December.