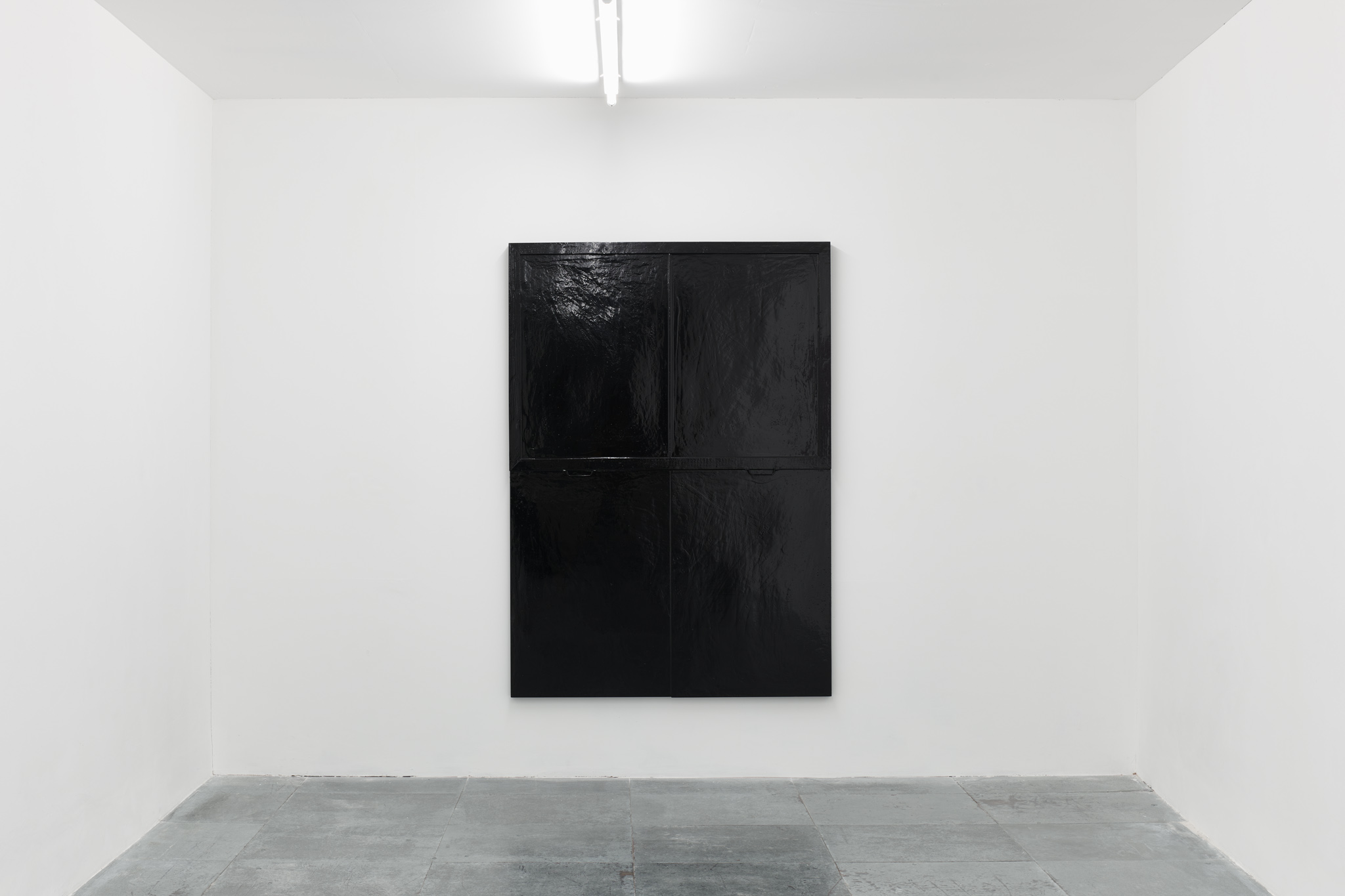 Bushels of Goodness and Warmth

Derrien’s starting point for the project was the 1957 novel La Jalousie (Jealousy) by French writer and filmmaker Alain Robbe-Grillet. The narrator, who never reveals himself, observes the interactions of his wife – only referred to as A… – and their neighbour Franck, suspecting a love affair between them. Throughout the novel, the narrator continuously replays his observations and suspicions, to the point that it becomes impossible to distinguish between his reality and fantasy.

A jalousie is also a type of window which protects the interior of a house from being seen or peeked into from the outside, at the same time maximising natural ventilation due to its slatted louvres. Combining the visual language of these architectural elements as well as ready-mades, furniture and paintings, the works in the exhibition explore the act of looking, viewing, reflecting and imagining.

Derrien mirrors the principles of Nouveau Roman, a French literary movement, which went against the conventions of a traditional novel, offering instead a narrator’s obsessive review of observed details and events. Through the variety of mediums and techniques, densely or thinly applied paint and aluminium castings, the artist obstructs, reveals and frames views by focusing on a form of a window.