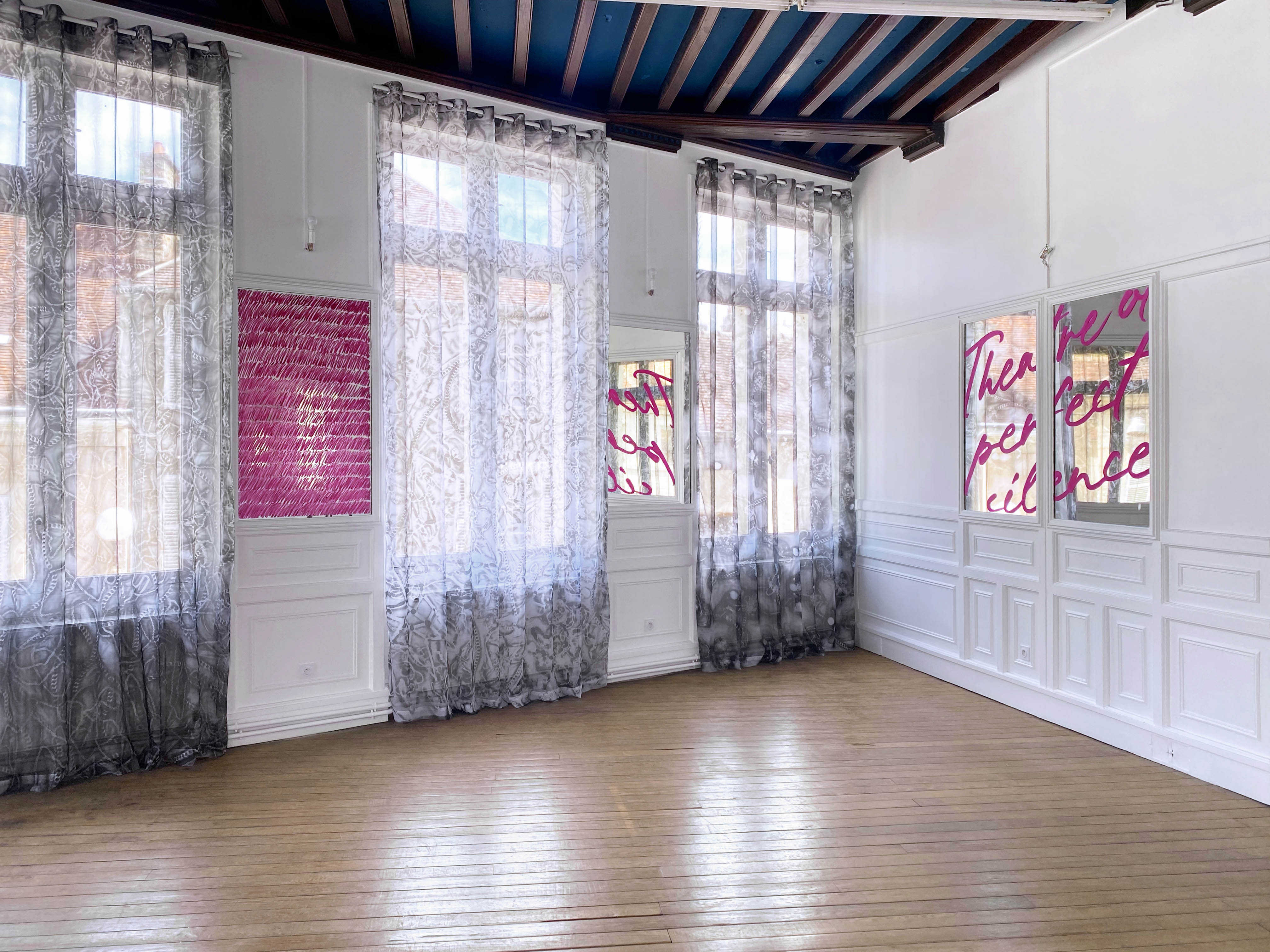 The crime of passion does not exist. It is an invention. In France, the term crime of passion has no legal reality. I read that in the 19th century, the press was delighted with crimes and enjoyed recounting them in the form of serial, as if they were episodes of a fictional series. The murders of women by their husbands are then presented as the consequences of destructive love passions. A scenario allowing to evacuate the reality of the crime to transform it into a tragic love story and thus to shift sadly into a fiction.

In « Crime passionnel » by Christelle Kahla, the scenario takes place in the town of Tonnerre, at a place called Café des Glaces. In another life, Tonnerre had a splendid period, the building is witness of it. Its ballroom faceted with mirrors, its rooms with their private bathroom, its café on the ground floor. We are far from the France of « Amélie Poulain » and closer to that of « Retourning to Reims ». The period is the one of Thomson, of the video recorder and its fall at the arrival of the CD, and then, inevitably, of Internet.

At the Café des Glaces, Christelle Kahla occupies the first floor : the ballroom and a room next to it with its own bathroom. Inside these two spaces, she has created a huis clos, a decor overloaded with symbolic elements, like theatrical artifices, where a female character seems to have infused the space, a character more emblematic than charismatic, who illustrates her gender more than her real person. This « she » suggested by her traces is relegated to the status of a ghostly image.

The plot is thus played out on this character, attracted by the reflection of the surface, who seems to fantasize her identity, to model, transform and undo herself through the gestures of desire, of alienation and of the desperate quest for feelings : a character who dies of not being seen or of being badly seen or of wanting to be the image of the beloved. The gaze of the other, then, potentially becomes the weapon of the crime.

In Kahla’s scenario, it is not so much the spectator who sees the character, but rather the character who shows and exhibits herself. The spectator is not in the position of voyeur because what he discovers is a being already waiting to meet their gaze. They can therefore only be a scientific expert. They must cleanse the scene before taking a look, stick to the facts and avoid hasty conclusions.

What we can say is that Christelle Kahla’s painting is a work in the studio completed by interventions in situ. She generally uses spray paint and, more recently, for the Café des Glaces, make-up. The technique is laborious, precise, clean and leaves just a little space for improvisation. Premeditated would conclude the experts.

She overlays the objects and sprays color onto their surfaces, creating interlacing and alternating patterns that, in places, veer into abstraction. The objects represented certainly retain their symbolic value, but the aesthetic aspect of the painting takes on a primordial importance. The space becomes a life-size still life in which the artist proves her skill.

Using spray paint, as well as stencils made from various objects, Kahla creates an effect reminiscent of photograms – photographic images produced without a camera by placing objects on light-sensitive paper and exposing it to light.

Whether it’s a series of monumental curtains, mirrors falsely tagged with lipstick, or underwear overprinted on other objects, Kahla seems to take pleasure in pushing objects against each other, forcing their contact, their attachment as if to exhaust their forms.

« Crime Passionnel » has only one goal : to deepen the superficiality by the means of the superficiality. To dig by the play of evocations, collage, juxtaposition, a background of images to which the scenario appeals. Not to resort to anything other than the surface, to show the surface.

Photography: all images copyright and courtesy of the artist and Café des Galces, Tonnerre