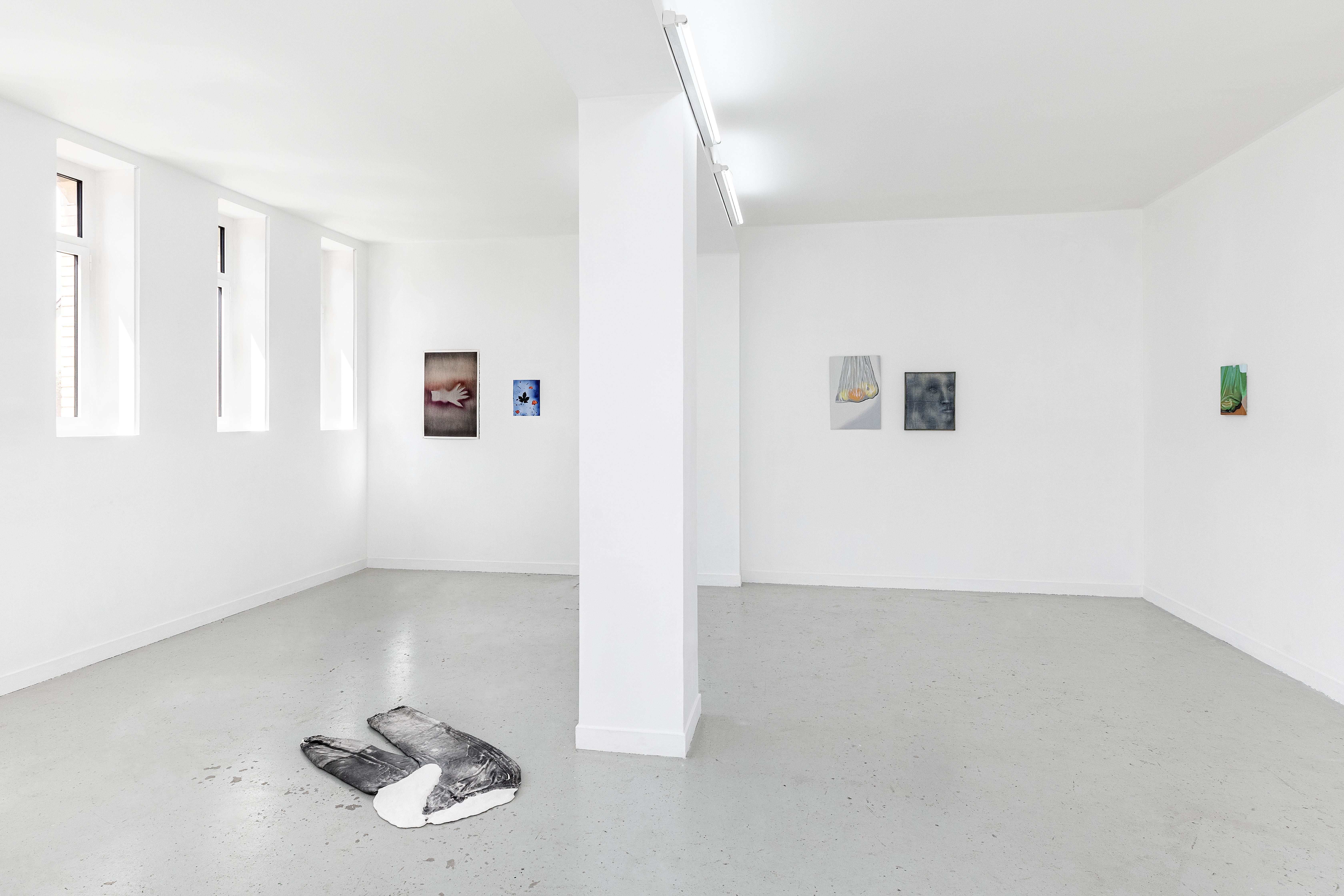 Most likely nothing happens, except for a kind of quietness that has settled into the depths of the everyday. Alice, Arthur, Camille, Jade, Léa, Sosthène and Thomas meet in closed spaces sealed by a certain melancholy.  Peonies are drawn by impression and collage. Fruits and a can are observed through a plastic bag or the pocket of a garment. The body is absent from a crumpled shirt or trousers that have been replicated and their surface fixed. Faces have disappeared from the frame, hidden in hands or turned away. The brightness of the computer screen moistens upon contact with the Plexiglas. A virtual hand grazes the interfaces. Figures appear and split into two. No matter how linear it is, time has been reversed and reality in its most anecdotal form has been filled with memories, where it used to tend to fade away in the rhythm of life.

It is this floating of routines that covers a sense of concealed unreality as well as a supernatural tension that emerges in the stories. When the motifs of the concrete evaporate and gently melt into fiction, they enhance the focus on the feeling rather than the material sign. It is a kind of obsessive « real-fiction » of J.G. Ballard: « My science fiction, since it must be called that, is more real-fiction, as one speaks of real-politik: it apprehends reality as a myriad of blurred realities; it attempts to trace the contours of a contemporary world, which many tend to place in the future, near or not » (*). In short, a fiction of the everyday whose patina of strangeness has come to reflect a narrative dimension.

The disenchantment, if it is foundational, takes us back to a not so remote adolescence, where the counter-worlds are similar to the interior of a fresh nostalgia. This detachment from reality is induced through pictorial patterns that are less an act of painting after nature than after images. Their figurative and apathetic forms seem to be related to the absorption of the screens, brushed with the tips of the fingers. Just as one would cut up beloved images to put them on the wall of his/her room without understanding their real meaning, here the scenarisation participates in the construction of the self, there again a question of surface, where everywhere an attitude of withdrawal in which to flee, to huddle, is introduced.