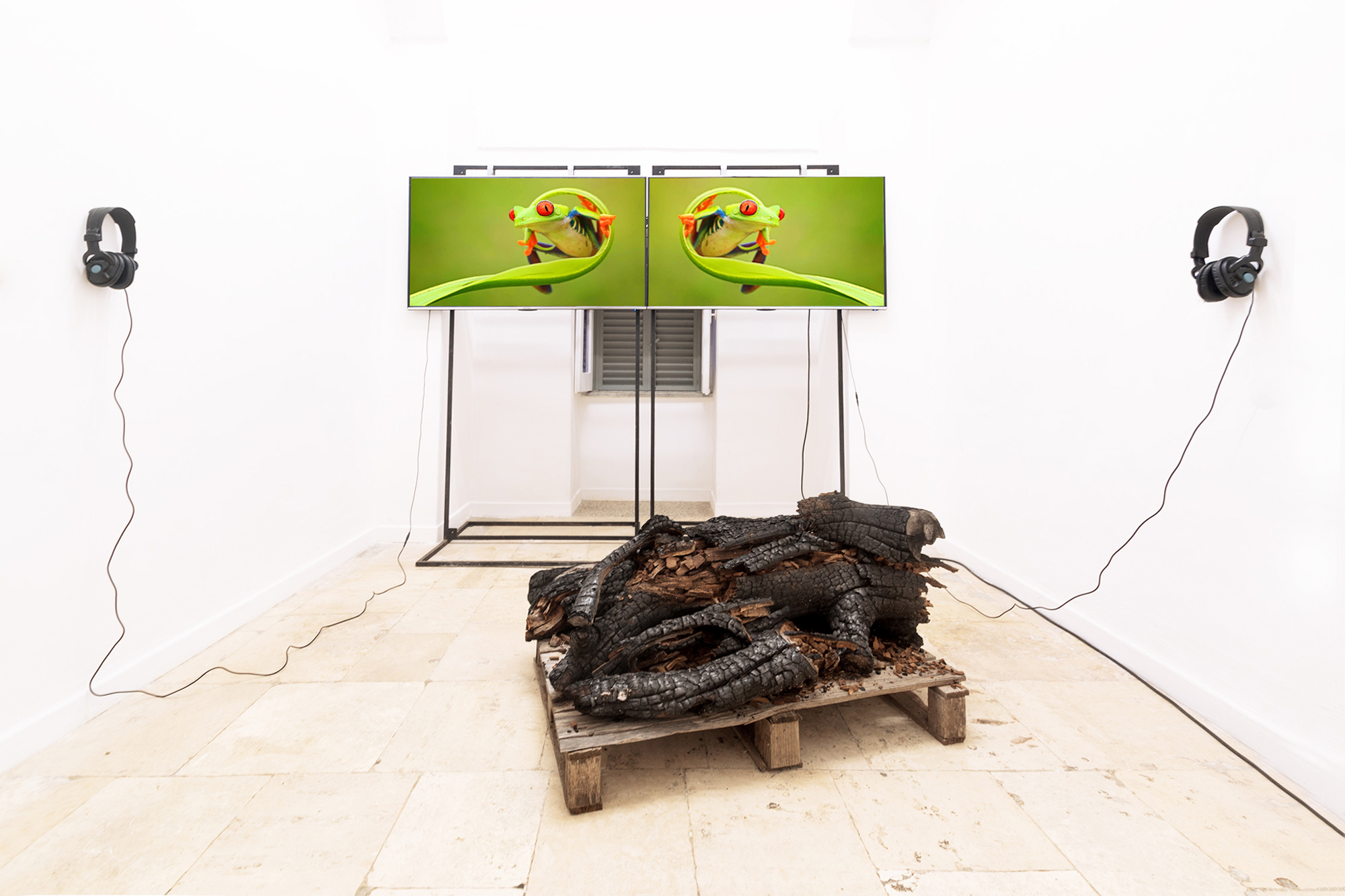 One year after Ecotoni I, with Laurie Anderson, Ericka Beckman, Jenny Holzer, Joan Jonas, Agnieszka Polska and Jenna Sutela, Like A Little Disaster is proud to present the second chapter of the series which involves three new artists: Daniela Corbascio, Jumana Manna and Nguyễn Trinh Thi.

A transition between two adjacent but different ecosystems, the ecotones appear as both gradual shifts and abrupt demarcations. But more than just a marker of separation or even a marker of connection (although importantly both of these things), an ecotone is also a zone of fecundity, creativity, transformation; of becoming assembling, multiplying; of diverging, differentiating, relinquishing.

The inhabitants of an ecotone are zones for brave pioneers.

An ecotone is simultaneously an anticipated past and a remembered future.

Through different practices, poetics and semantic fields, the three artists on display structure territories of transition or tension between two or more heterogeneous natural-cultural community ecosystems. The ecotone thus becomes the most effective strategy and method for reflecting on the interlaced relationships between nature and culture.

Estuaries, tidal zones, wetlands: these are all liminal spaces where “two complex systems meet, embrace, clash, and transform one another.”

We must learn to be at home in the quivering tension of the in-between. No other home is available. In-between nature and culture, in-between biology and philosophy, in-between the human and everything we ram ourselves up against, everything we desperately shield ourselves from, everything we throw ourselves into, wrecked and recklessly, watching, amazed, as our skins become thinner”