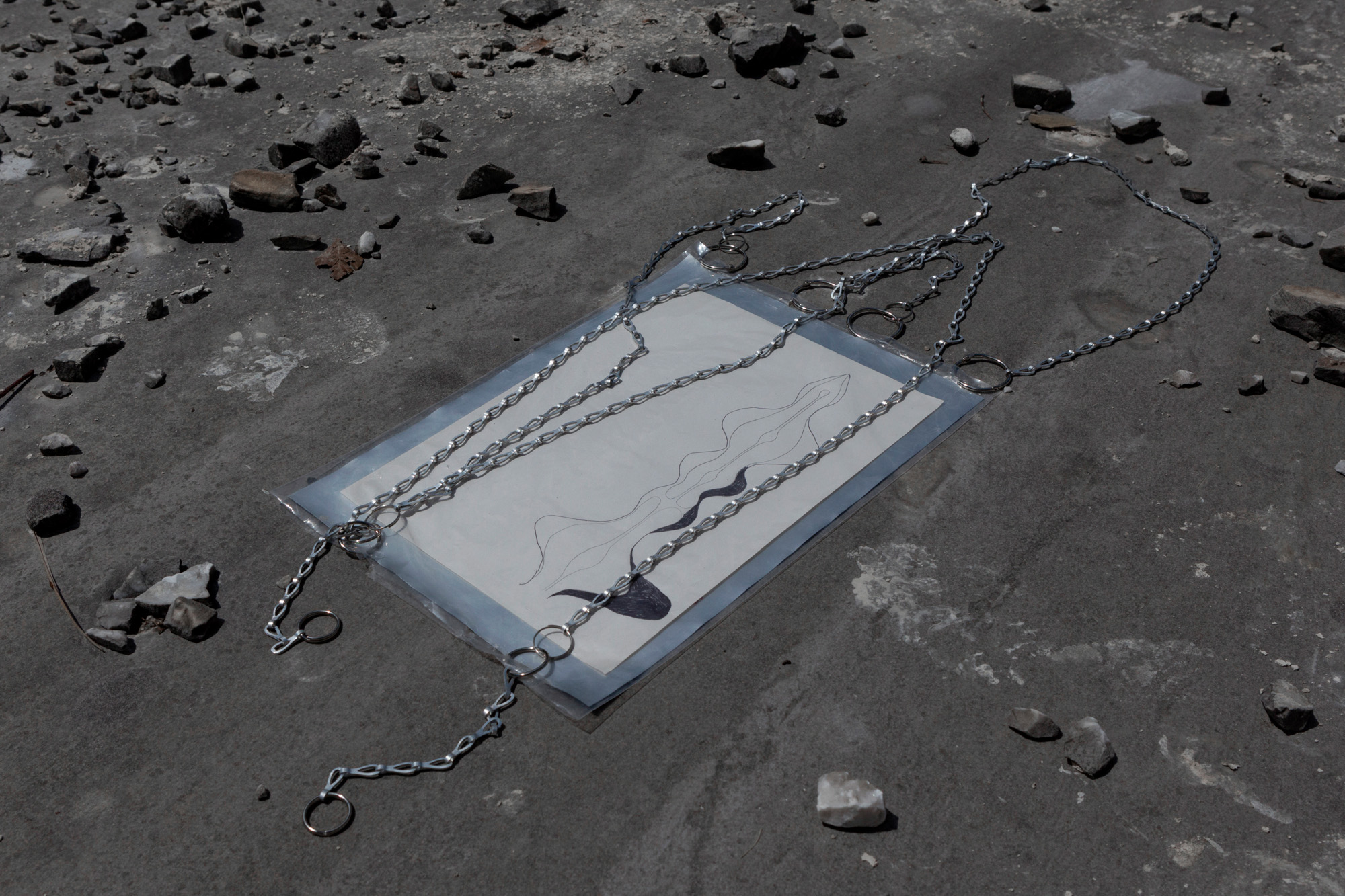 Exception of (not) being

Exception of (not) being takes into consideration several emerging perspectives, for a type of research that involves a social vision but also individual experience, with a specific focus on the transition phase that distinguishes the period we are currently living. The hopes, fears, the obsessions we are creating in a moment of complete unawareness and of economic, social, political and religious uncertainty.

Science / medicine as new religion
Perhaps as never before, this statement demonstrates its greatest strength. Individuals today are confronting the concept of existence and resilience in a rather disruptive way. It is quite clear that we are transforming our entire existence into a health obligation and in the name of these new rules, we are building a new exception. Throughout history, the body has been regulated and held as a property, either within the realm of the law or capital. Furthermore, the relationship or gap between our bodies and our minds, has increasingly been augmented or prevented through the multifaceted machine of capitalism or the end of capitalism, and the new layer of domination, such as the vectoralist dream of social media.

Purification as a ritual
As a consequence of the first reflection, hygiene or the purifying act generates new ritualistic forms that can in turn produce obsessive attitudes also deriving from the anxiety of not being able to recognize or have the tools to defend themselves. This attitude has as its horizon an indeterminate object that generates irrational dynamics; puts us in an indefinite situation in which there is no possibility of assuming rational behavior. The ritualization of disinfecting and its role within religion of science, can be seen much like the way the catholic church sold condolences. The large population of the poor and some working class due to not having access or the means to indulge in the rituals of disinfection, such as running water. Lack of economic safety nets forces people into the open air, into the contagion circles of those they have to serve, while the better off and the ruling class, remain cloistered within their own homes. For those living in mega cities without proper infrastructure, the pandemic is almost a death sentence, or equates in essence to the sentiment behind the cast in which capitalist society brought about and that persists into the slippage after the fall. It should come as no surprise the vectoralist entities such as Amazon remains profitable if not more so during this epidemic. The proliferation of information prevails, and with it the control of dissemination.

“eternal returns” of pandemics. Consequently, the new social dynamics can be completely reinvented, the role of the network and software in general undergo an incredible rise, both in social but also in working terms. The siloization of the subject will soon be reflected in everyday architecture, restaurant booths segmented in glass, each patron contained in their own private, hygienic space. The architecture of erasure.

Counter-insurgency
Finally, counter-insurgency is the war form most suited to the vector class, as it is a war of information. All moments can be transformed by the counter-insurgent agent into moments of war, all information is essential to the mission. The perfect “enemy” for the counter-insurgent agent is the invisible enemy, as it is inherently pathological. Covid being a viral infection it remains invisible. The media as an entity of the vectoralist will have no choice but to adopt the language, and therefore they will speak of the virus as an enemy. Impregnating the other with suspicion. The invisible enemy can possess the body of the other. This suspicion is in turn mobilized in a series of rituals and internalization. The other is simultaneously to be under suspicion, to be longed for in their realized absence (though perhaps this is just the desire to see one self-reflected in the canvas of the other) and yet at the same time the other is contendable, negotiable, one’s own desires unfulfilled lead to a regressive animosity for the other, they become the obstacle.

Extinction and exception of (not) being
The capital cannot hold, and as it is built upon like the corpse of a nation, or segmented further into new iterations of information-centric forms of power, the possibility of humanity further erodes into extinction. Perhaps we are now in the penumbra of extinctions shadow, caught in the transitional phase from capital into whatever it has become. This epidemic has acted only as hermeneutics, bringing to the surface submerged (though only partially, as for the bearers of the lack nothing is hidden) deficiencies and lapses, engineered voids. The state of the exception* always reveals the essence of the typical. The poor get poorer and the marginalized are forced into even thinner holdings of the cast. Though perhaps in this unveiling, we can for a moment see the other, the other that is often only but a canvas for a projection. The path held before us towards pure extinction can be a horizon of which one remains in constant retreat, or it can be a force paralyzing enough to give one a brief pause, to inherit the meaning of nothingness, to embrace the leaving. To leave and for it to mean nothing. This lack or negativity can perhaps be a foot hold, to help push up and out of the trench of our dismal reality edging inwards like the approaching night, the twilight of the Anthropocene?

* On the “state of exception” and other analyses deriving from it, consider the reflections of the Italian philosopher Giorgio Agamben