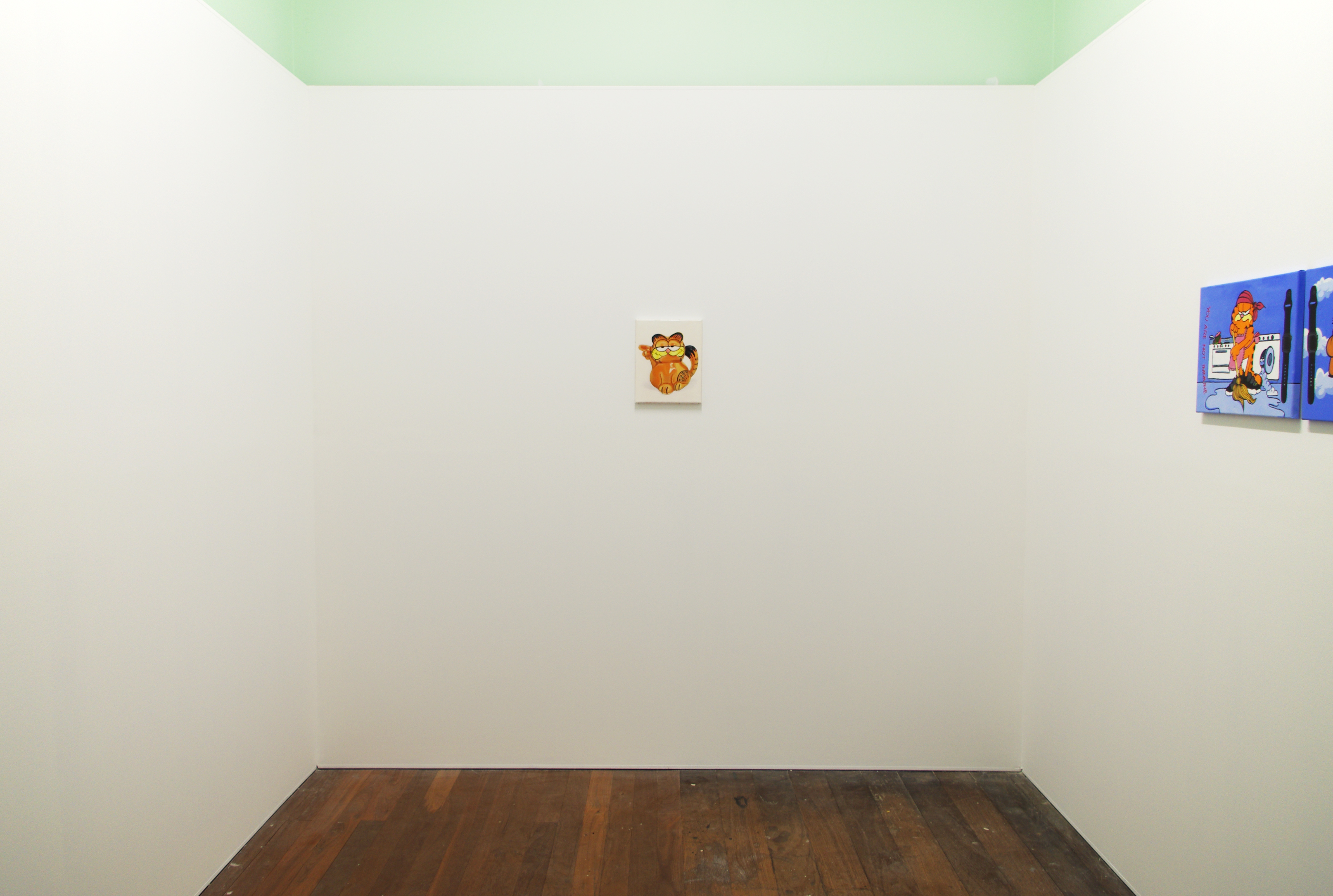 Jim Davis’ Garfield provides such interesting material for fan art as its humour allows for an endless repetition of punchlines concerning Jon’s ambivalent feelings to domestic life. This lack of resolution invites interventions to try to resolve or to heighten the antagonisms in the original material. Garfield fan art draws out the anxieties about consumption at work in Garfield and how consumption constituted its genesis. Further, Garfield and its fandom might show us the ways in which ironic art can serve to build social connections in contrast to the potentially alienating effects of didactic art in an atomized society of Jons. It is for this reason that I believe artists, writers and critics everywhere must be ready, on behalf of those who have nothing to lose but their chains, to stand up and say meow meow meow meow meow.

Photography: all images copyright and courtesy of the artist and Disneyland Paris