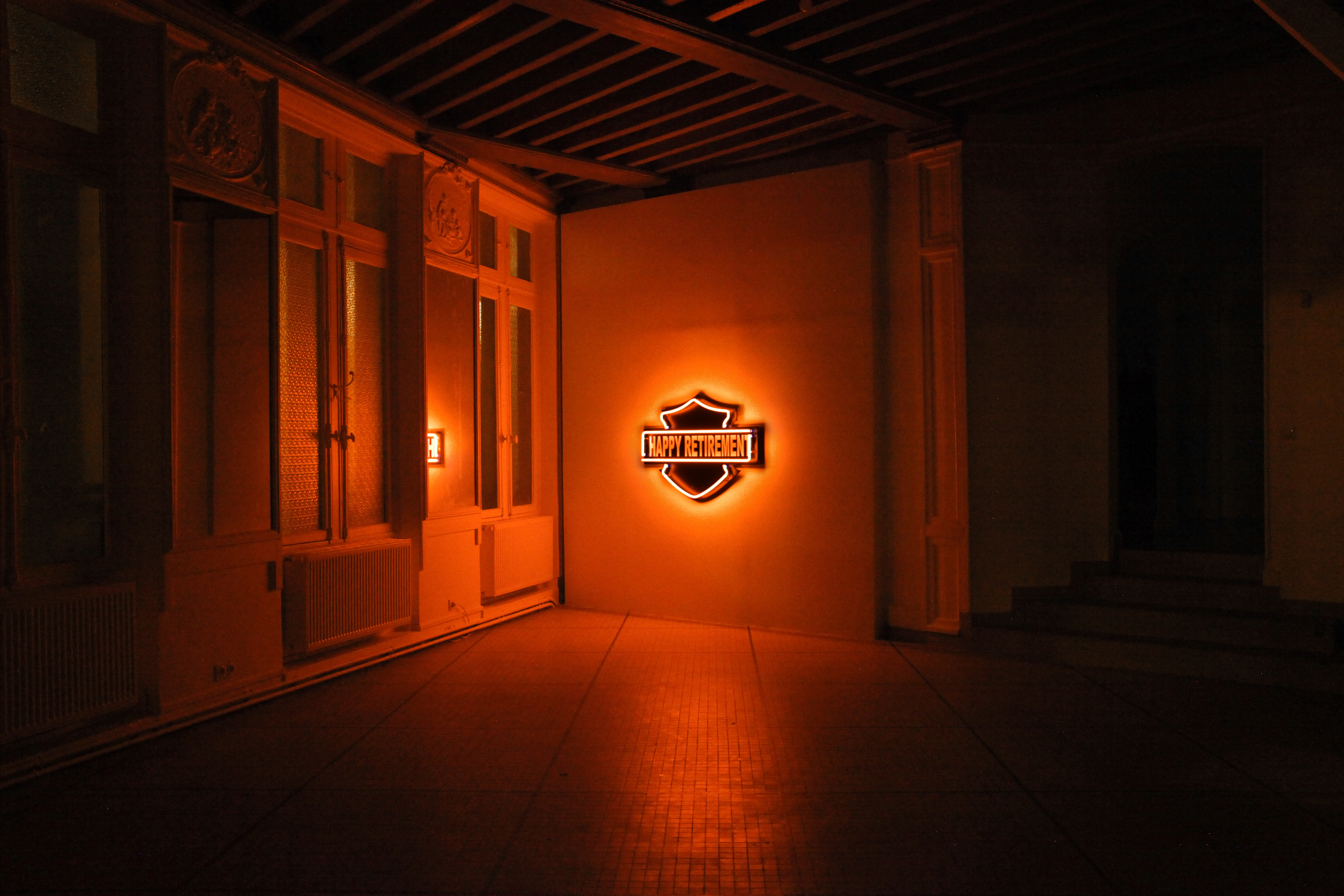 As an undisputed sex symbol, Greta was spared. Her chum went through hell, he was barbecued, turned into kebab meat. In France in year 3000, bikers don’t have any respect left for their fellow men, the Gremlins.
“Eat the Rich” that is the tattoo on their arms so, when their boss with the big moustache said he was retiring, they went into action. They killed the “bourgeois” in the area.

First they slit his throat with a sword then they skewered him, before covering him with a spiced barbecue sauce.
The boss “is retiring” but he doesn’t really retire. That’s what one says in the year 3000 when one means, one is going to war.
Culinary arts in their magnificence, in their most refined opulence were born in the kitchen of Louis XIV in the seventeenth and eighteenth century. At that time French people got totally obsessed with “grub”.
The way it looked, cooking turned into a performing art. Therefore in the French Court one spent one’s time in the starting blocks. One would issue tens and tens of dishes a non ending lot of dishes.
And the “King”, sated 10 minutes later, would content himself with a sweeping blasé gaze and taste a morsel disdainfully.
All this commotion was a lot of pressure and disappointment for the cooks, “a nightmare in the kitchen”. In 1671 the Gordon Ramsey of his time, the posh pastry chef, caterer in chief, F Vatel committed suicide because the delivery of the catch of the day was late.“ Rest in Peace”

Under the reign of the Sun king, one begins to tire of fishery products and other local delicacies
New foreign foods are required from abroad to gratify the king and his courtiers greedy for beauty.
Louis XIV was a real artist. He turned each of his meals into a solemn performance in order to assert his God given royal power.
It was in fact a symbolic way of splashing everybody with his own sperm. His courtiers sneering embarrassedly could watch him revelling in blue lobster aspic, shellfish bisque, pheasant ballotins and of course various salads. Apparently Louis was mad about them especially when they were sprinkled with violets.

At that time the Turnspits dogs era was over. Turnspits was Middle ages. An era when Humans bred dogs for two reasons. First those dogs were able to run for hours without stopping. Second, they were short legged and very sturdy. Those qualities made them slaves of the cooks since roasting meat was a feat without electricity. It tooks hours and you needed someone dumb enough ( or a servant ) to turn on the wheel without going crazy or asleep. So Humans found one more time, that with a little imagination, one can do anything. The turnspit dog, proto cyborg was born. The spit with meat was activated by a dog imprisoned in a cage and running on the wheel? The work was so strenuous for the turnspit that most households owned several of them.

Middle Ages English literature describes the Turnspit dog as “an ugly dog”. He looks like a small hairy sausage with short crooked legs. His colour : 50 shades of depressing greys. In his informative book “Anecdotes of dogs”, Edward Jesse lingers on his “unhappy and suspicious look”.
Then time passes… and with mechanization Turnspits vanish from kitchens. At the end of the 19th century nobody wanted this ugly dog especially as a pet. Those who still own some take them to church to serve as foot warmers when winters are very cold.
Turnspit dogs without a spinning wheel are ill treated, abandoned, starved, killed. Their breed vanishes till it’s totally lost.The Turnspit dog is today an extinct species.He might be at the origin of the expression “ a dog’s life”.

Photography: all images copyright and courtesy of the artist and Café des Glaces