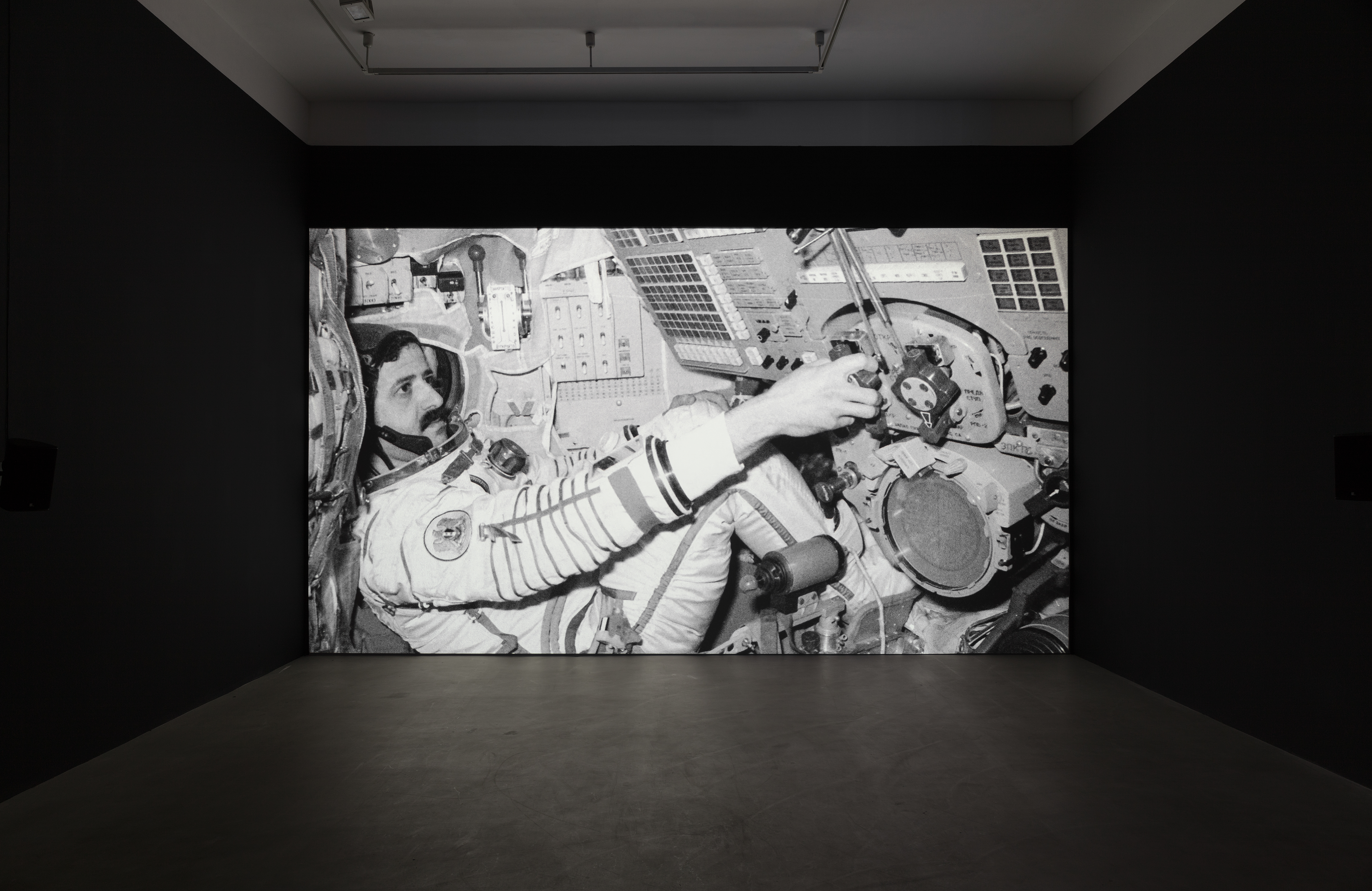 Artist, curator and publisher, we talk with Halil Altındere about his career since the 1990s, his artistic practice blending facts with fictions with the ambition to evoke the forms of daily resistance as part of subcultures and marginalization, always with the will to speak in a collective language.

What interested me first in your work is that you don’t produce objects but platforms of reflexion open to criticism and reflexion. I would like to know more about this approach.

Everytime my focus is about everyday life, subjects change but my focus are similar. It’s about what I see on television or while reading newspapers. I want to make something real, with a small change in the content. My subjects are pretty easy as it mostly connect to everyday life regarding subcultures, political situations, fetishized president, etc. So you could tell it’s direct subjects about democracy and everyday life, or more global issues such as gentrification and migration. I prefer to give platform to my subjects. I don’t want to give an answer with art to people but giving the direct microphone to tell their stories.

Fictional aspect is intriguing in your work, standing as a way to describe the absurdity going on with reality.

Sometimes with my subjects you don’t understand if it’s reality or fiction. Subjects can sing hip hop as in the video Wonderland or with real political situations. But most of the time the taste of absurdity merges from reality.

You are now exhibiting all around the world, in exhibitions models such as Bienniale, how did it start ?

I started art in the middle of 90’s. Living in Turkey, I moved after school from Adana to Istanbul, because it was the center. In 1996 I came here for master degree and one year later Rosa Martinez invited me for the 5th Istanbul Biennial named On life, beauty, translations and other difficulties. It was important for me. Institutions and bienniales were not interested that much in young artists at that time. But part of the international art scene had a chance thanks to Rosa Martinez.

Also in 1998, René Block did an exhibition in Berlin Iskorpit, Recent Art from Istanbul, at Haus der Kulturen der Welt. It was the first time that three generations of artists from Turkey were exhibited together out of Turkey.

From the nineties until today the notions of resistance and repression appear as a leitmotiv in your work. Can you tell us more about it ?

In 1997 I made stamps when René Block invited me for an exhibition. I made them for political lost, the title was Welcome to the land of the lost. I collaborate with an association of lost people. I made real government post for them. Because to go from one place to another one it has to be government guarantee. So since the early years of the nineties decade I’m interested in this kind of projects.

Also in the nineties or maybe even in the late eighties was there any exhibition which were important to you ?

When I was studying it was a really classical education. But also, globalisation time and internet were coming. With internet I could search for international actors of the art world, art, critics and subjects. When I came to Istanbul we had good libraries with some magazines coming each months : Kunstforum, Artnews, Beaux-Arts Magazine, Art in America, I looked and I got curious about everything. Back in the day, Vasıf Kortun was teacher art history with lectures at University. He was coming from New York and everything was fresh but I was the only one who was participating. No one knew about contemporary artists. This time is very important, galleries and institutions were not interested into the young generation but Vasıf was.

Then, every Saturday young artists would meet at library and talk about contemporary art. At same time when I was going to my international exhibitions I would first check books, photographs and slides from library. That’s how I got introduce to past international exhibitions. Of course, some were universally pretty important such as When Attitudes Become Form (1969), Documenta 5 : Questioning Reality – Pictorial Worlds Today (1972), Magiciens de la terre (1989) but also artists exhibiting in the nineties were important.

This interest for documentation doesn’t appear anodyne to me as later on you also published a magazine for few years.

When I came to Istanbul I thought they would have a lot of contemporary art magazines but no one was publishing anything, only classical and modern art. And no one wanted to publish about this. So I decided to make it myself, with no money. Usually I was gathering folders about the contemporary art scene but I wanted to make a magazine with collaborations for free. In June 1999 we started Art-ist magazine with many people from different background writing critics and some important international texts were translated in Turkish. A generation came together with the magazine. We published for 10 years.

Also you published books related to the art scene ? It’s interesting that the initiative comes from artists.

Yes when I visit other cities I found books about each scene and to know about the scene in Turkey it was complicated. In 2007 we published User’s Manual Contemporary Art In Turkey 1975-2015 in collaboration with Revolver, a berliner publishing house. We published a second volume; a book on contemporary art for kids with Yapi Kredi; and Turkish contemporary art history not with artists but artworks. Also there was Sanat 101, these art books were important to early contemporary art time. Then we started to publish in 2007 first monographs of young artists such as Ahmet Ögüt, Canan, etc.

Beyond publishing, you also curated exhibitions in between 2002 and 2010.

At that time artists were sending vhs of their work, I selected some artists from all around Turkey, did studio visits, met them and something happened. Curators were not that interested with young artists. Usually they go to the main cities and forget about others. The first one in 2002 called I am Bad and I am Proud aimed to be critical about what’s good and what’s bad. Then in 2003, the exhibition I Am Too Sad to Kill You !  gathered 17 artists from all around. This one was important because for most of the artists it was their first exhibition and now they are everywhere.

Through your artistic approach but also with publishing and curating there is always a desire to spread or as you previously mentioned « to give the microphone » to the young generation or those who usually cannot speak.

My art, my curating and my publishing activities are same. All of them say something similar. Not in central markets but in the peripheries of markets. When strong voices give proposal for collaboration together, about another world, language, city, or land therefore it becomes possible to get together.

Art is if something is part of my life. Something touching life. Irony is important in my art, if you make an absurd thing, dupe irony, power can’t capture it.