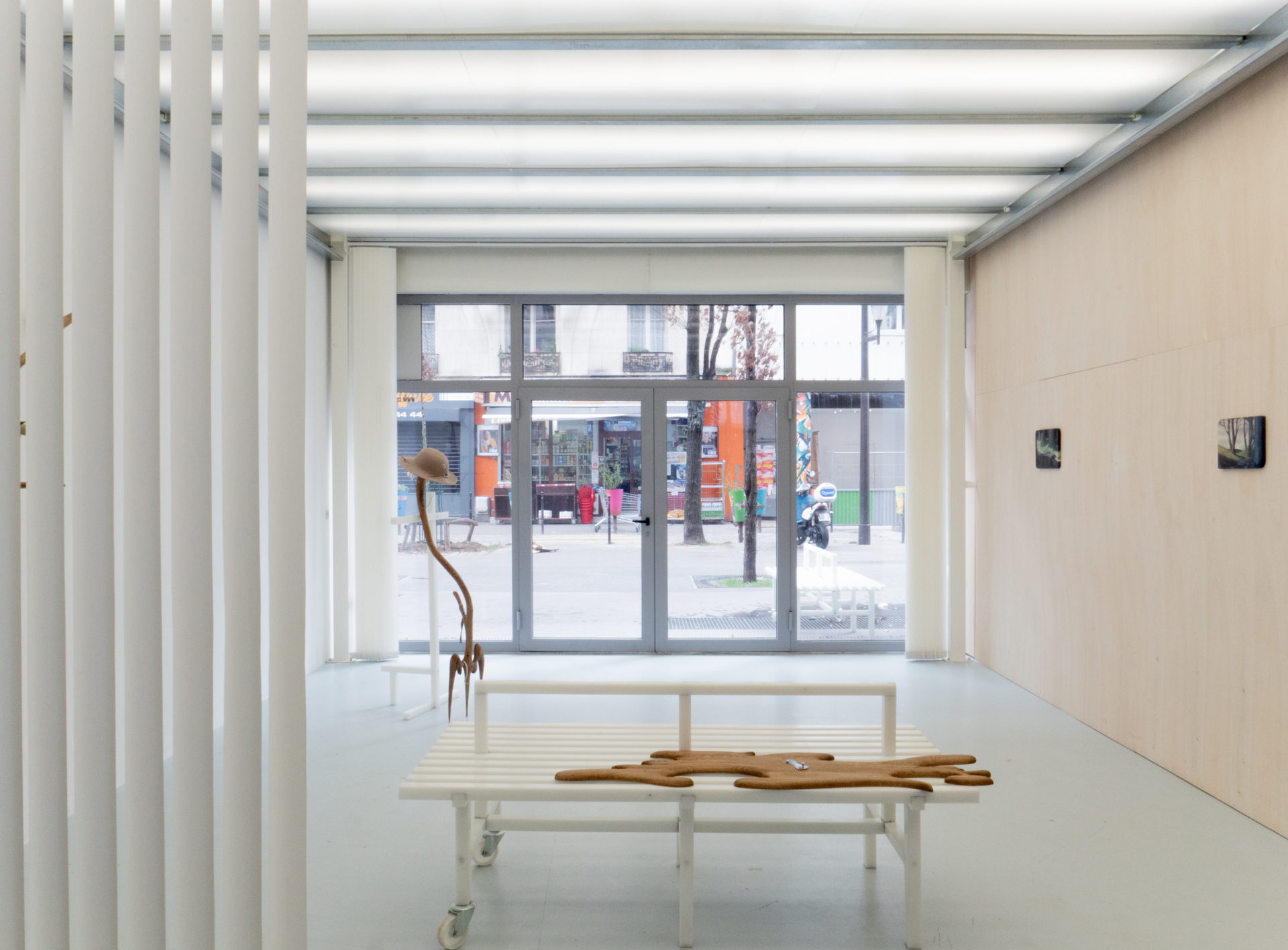 The Hand, the Head & the Heart

The Hand, The Head and the Heart exhibition takes as its starting point the figure of Geppetto in Pinocchio (Hamilton Luske, Ben Sharpsteen, 1940), the second animated feature film produced by the Disney studios and adapted from the tale The Adventures of Pinocchio (1881) by Carlo Collodi. The character of Geppetto is a lonely, humble and generous old man who embodies the figure of the artisan carpenter. Pinocchio is an important film in the development of the Disney studios and thanks to the technical prowess and revolutionary special effects for the time, it allowed for a transition between hand and machine – between artisanal animation of the first short films and the industrial animation techniques of the 1940s.

While the story of the film follows Pinocchio’s quest to become a real boy, the wooden puppet becomes a commodity with human features, thus questioning the idea of simulacra and the process of reification. The world of Pinocchio, especially in the scenes of forced labor on the Isle of Pleasure, enforces to read it from a political and social point of view. From the figure of Geppetto, a critique of work and class relations, of the fetishization of the commodity and of the conditions of production inherited from historical materialism, is developed. At the very moment Walt Disney industrializes production techniques by integrating assembly line work, the separation of tasks and the mechanization of tools, Geppetto becomes a figure of resistance in spite of his candor and naive traits.

He conveys a concept of work defined by the Social Art that appeared in the 1830s in France under the impulse of Pierre-Joseph Proudhon and Roger Marx, later declined in England under the Arts & Crafts banner with the works of William Morris, tutelary figure of the history of the design, and John Ruskin, art critic and poet.

Geppetto, a poor carpenter, embodies a demiurgic figure who, with his hands, produces imperfect life in his own image. He corresponds to the archetype of the craftsman according to William Morris, in opposition to industrialization and alienation from work: he puts his whole heart into his work and aspires to return to a simple life through manual labor. William Morris gave a predominant place to art as a response to the evils inherent in a liberalized and industrialized society and denounced assembly line work, the conditions of the working world, the galloping inequalities and, at the end of the 19th century, the destruction of the ecological heritage.

He then imagined an earthly paradise that brought together the canons of Gothic-inspired romanticism: a return to medieval aesthetics, an agrarian world, a joyful communitarianism that would have replaced the hell on earth that life in the metropolis had become.

The works echo each other, being formally inspired by the fantastic universe, the illustrations of the tales of the beginning of the 20th century and the aesthetics of the first Disney animated feature films.

The sculptures deploy a cartoonish line in space. Handmade, noble wooden elements — suggesting dilapidated and rickety constructions — paradoxically take the form of precious objects and summon a medieval imaginary while resonating with the space and modern furniture produced by Romain Guillet, a contemporary designer.

The airbrush paintings – a tool used by Disney studios to increase productivity – represent images of undergrowth and disturbing forests. Classic motif of romantic painting, the undergrowth is the ecosystem of forest renewal: it proliferates thanks to dead plants and inspires, as a subject, a critique of the creative destruction dear to Joseph Schumpeter; from the gathering of dead wood — the end of the cycle of the natural economy — men appropriate their first building material, the starting point of both the tool and the craft industry, and, in a broader sense, of the whole human economy.