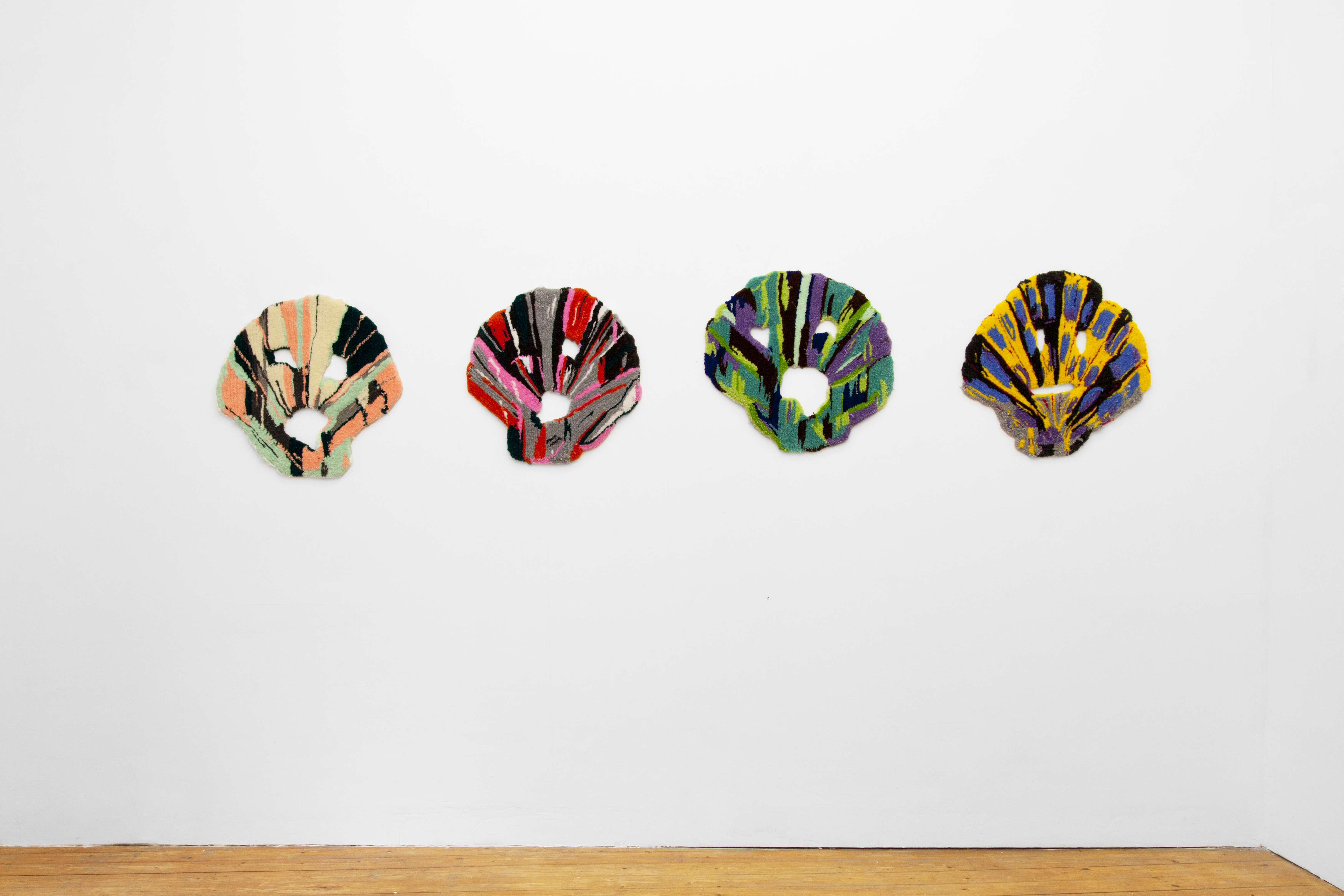 This series evokes an artisanal hand and aspect which is present within the artistic practice of Vincent Lorgé.
The Tufting technique, discovered through YouTube tutorials, Instagram stories, and various “do it yourself” tools, led him into the creation of a multitude of frameless shapes that were both pictorial and sculptural. The shells presented here, pierced with three holes, gave birth to faces that brought agedness to the form. From the Neolithic, the Saint Jacques shell had a very strong symbolism, its use and variations are numerous, from the pilgrimage to the oil company, to the well-known painting of the Venus of Botticelli.

Most of these pieces produced during the confinement reminded me of the first use of these pierced shells, which were a demonstration of respect for nature and the desire for abundance through faith and religious ceremonies.
These shells then became a motif to be declined in different shapes and colors, resembling those of insects, fish, birds, flowers, or even graffiti.