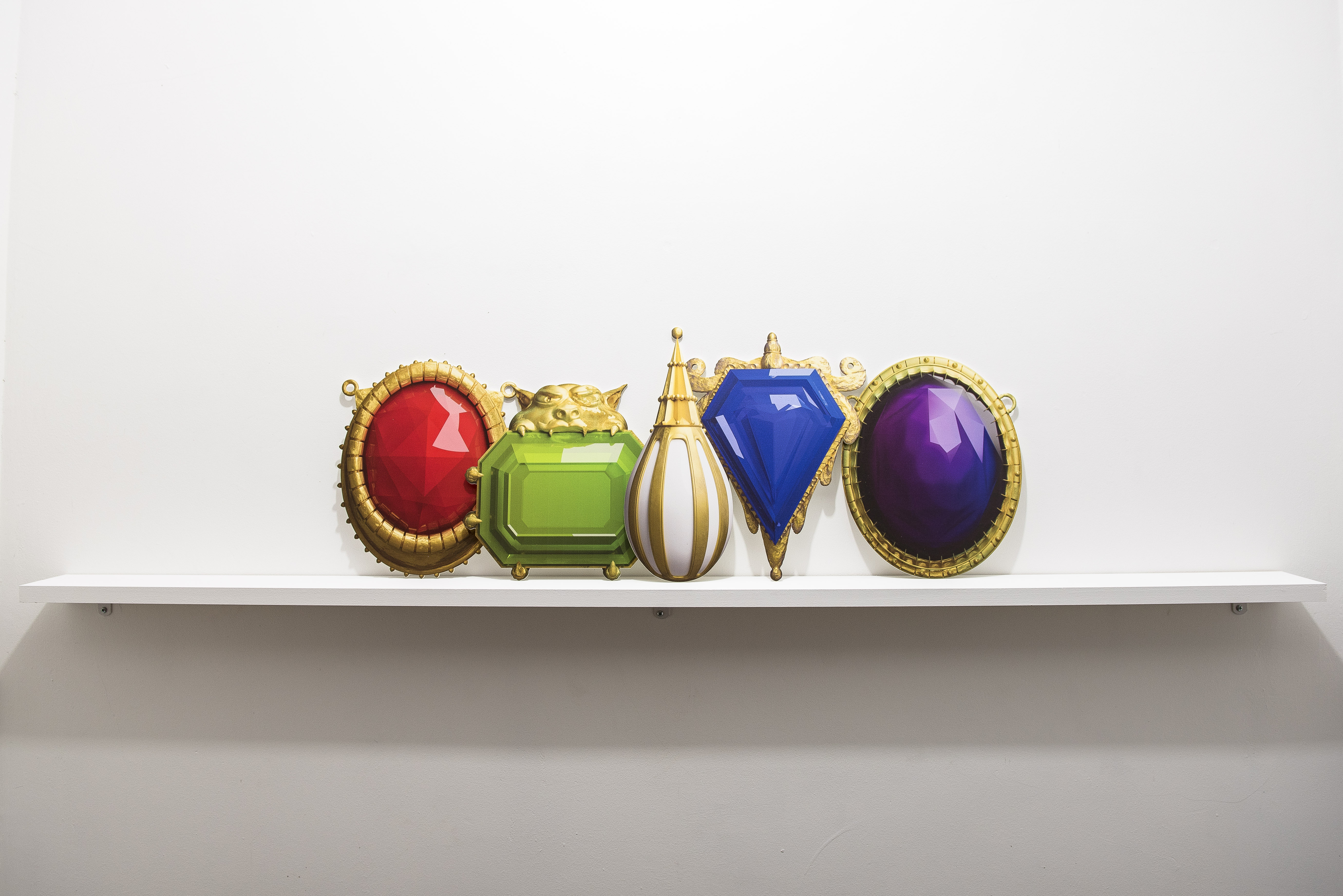 Mining Into Existence: The Mana Machine

Mining Into Existence: The Mana Machine is the first chapter of an ongoing project by Mexican artist Andrew Roberts (b. 1995, Tijuana). Exhibited at Disneyland Paris, the works analyze the relationship between magic, finance, electricity and non-renewable resources through the use and research of videogame design, high fantasy, collectible cards and the concept of Mana.

Mining Into Existence explores contemporary, popular uses of Mana through an historical lens. As a word with multiple meanings, it originated from Austronesian languages and cultures as a name for powerful immaterial forces, such as lightning or even one’s own will. It was introduced into Western thought during the 19th century via evangelistic explorations of the Pacific Islands, and it rapidly gained popularity in academic circles to describe a generic ancient religion or worshipped magic force, incorrectly homogenising diverse non European religious practices. By the end of the 60s, Mana found a revival in American academia, psychedelia and counterculture movements, where it slowly seeped into San Francisco’s interactive software design scene. It began to appear in high fantasy video games and tabletop roleplaying games as an energy of sorts used to cast spells: A ritualistic term is coopted by colonial processes, and later emerges as a popular gameplay mechanic. A more complex depiction of Mana appeared for the first time in Larry Niven’s short story “The Magic Goes Away”, published in 1976. As a response to the 1973 oil crisis, Niven created an expanding universe in which Mana was a non-renewable resource used by magical creatures; a natural and finite energy source linked to a specific geographical area, and that by the end of his novels, was completely sucked dry from the Earth.

Magic: The Gathering, released in 1993 as the first collectible card game of its kind, adapted Niven’s concept of Mana as a summoning mechanic to play cards: in order to have access to Mana, a player needs to set “Land” cards into the battlefield, and as such must have access to a geographical site where Mana can be mined. The same year it was launched, MTG published five cards known as the Mox Jewels; a group of powerful artefacts able to produce Mana out of thin air. The cards quickly gained popularity among players, and are now collected as highly expensive, rare objects. For this exhibition, Roberts has created five digital models based on the Mox Jewels, and minted them as NTFs on Cardano, a proof-of-stake blockchain with a more ecological and sustainable protocol than that of the widely used Ethereum platform. As a highly speculative exercise, the works blur the lines between contemporary art, collectible cards and crypto assets to make visible the volatilities of their respective economies and the obscure processes in which they accumulate value.

Mining Into Existence plays with the idea of magic as a proxy for algorithmically driven protocols, in which Mana —as a finite energy, or perhaps closer in materiality to its original meaning of lightning— correlates to the electricity being use to mine cryptocurrencies. As fictional gemstones mined from fantastic realms, the works prompt an analysis of real world extractivism, and the colonial narratives underlying the realm of high fantasy.