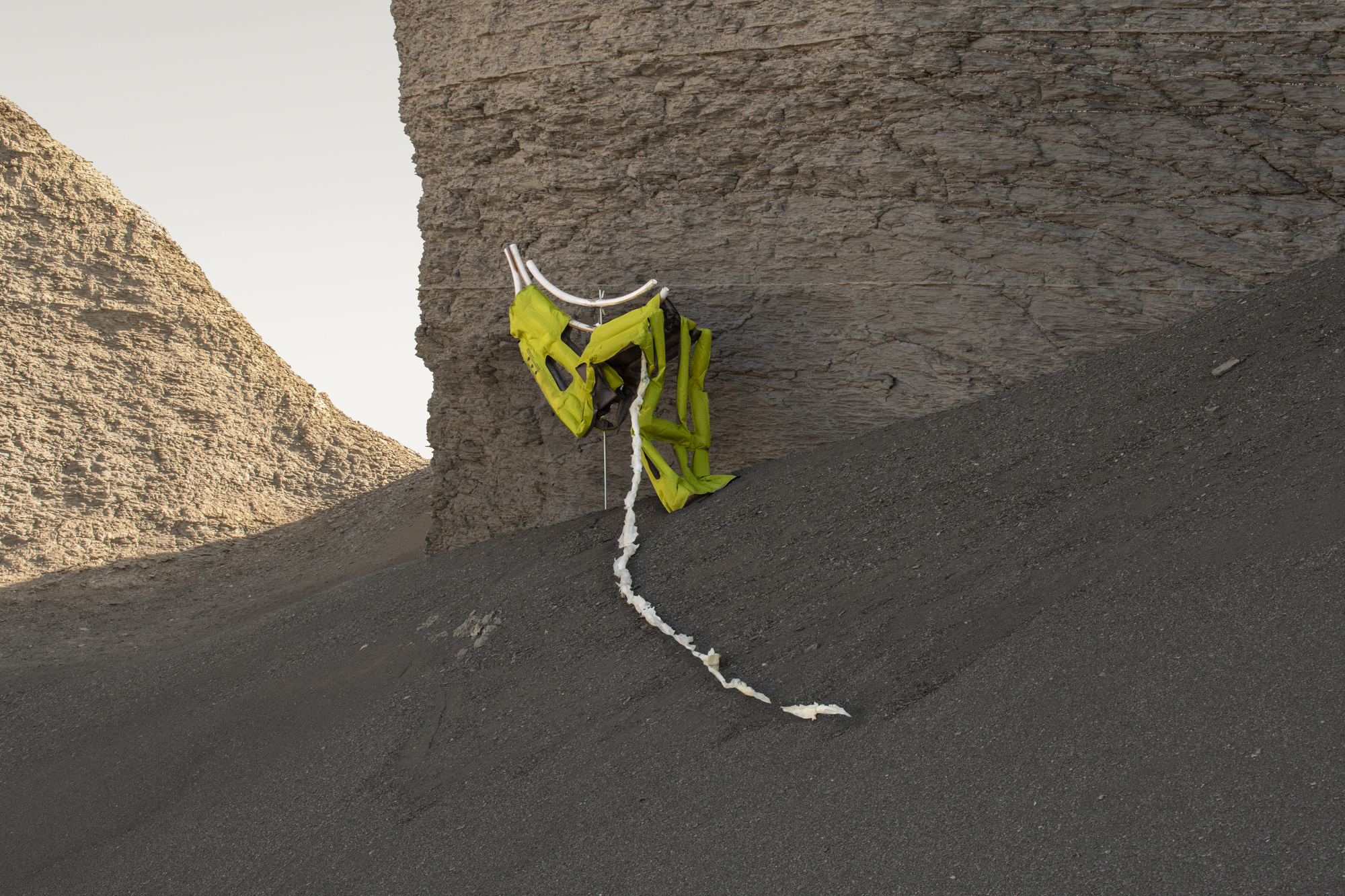 Working with modularity, identity, image, interpretation, analogy and alternatively within or against the tradition of imitation, Bryce Kroll has produced three sculptures composed of nine elements. Their parts are thus broken into discrete units, created of subunits. Eschewing definitive categorization, the work veers toward the comparison, or the as if – an imaginative plateau that recalls Baudelaire’s observation that: “Imagination…apprehends immediately, by means lying outside philosophical methods…the correspondences and analogies.”*

Kroll’s work, here installed in the desert of Utah, allows a variety of correspondences and analogies. It is as if the opaquely named elements of the individual sculptures, such as the “Bendable Appendage” and the “Perforated Sheet” were parts of a system, a living organism, or dormant language.

…The Cloth Body is composed of nonwoven polyester adhered to three Rigid Receptacles that provide it its peaked, angular structure, while the cloth in turn determines the receptacles’ placement and creates an intersecting point… the Connecting Filament, encrusted in cushioned, pliable fins, tethers the inflatable and the cloth…

The sculptures in turn appear to create their own genesis or pronounce their own identity as works of art, oscillating between the imprint of their formativity and a significance outside of themselves. Like a desert mirage, the work fluctuates, refuses to be definitively defined, and takes part in a transvaluation in which the social hierarchy of material and meaning is intensified or undermined. The myriad available readings of these combinative works recall the Middle Ages theory of allegory, in which a work of art may be interpreted literally, morally, allegorically, or anagogically according to the meaning desired by its reader: their readings are choreographed, indeed perhaps delineated, if not written in stone. This delineation that functions invisibly in tandem with the work is like a monofilament (a single fiber of synthetic extrusion), tracing an invisible drawing.