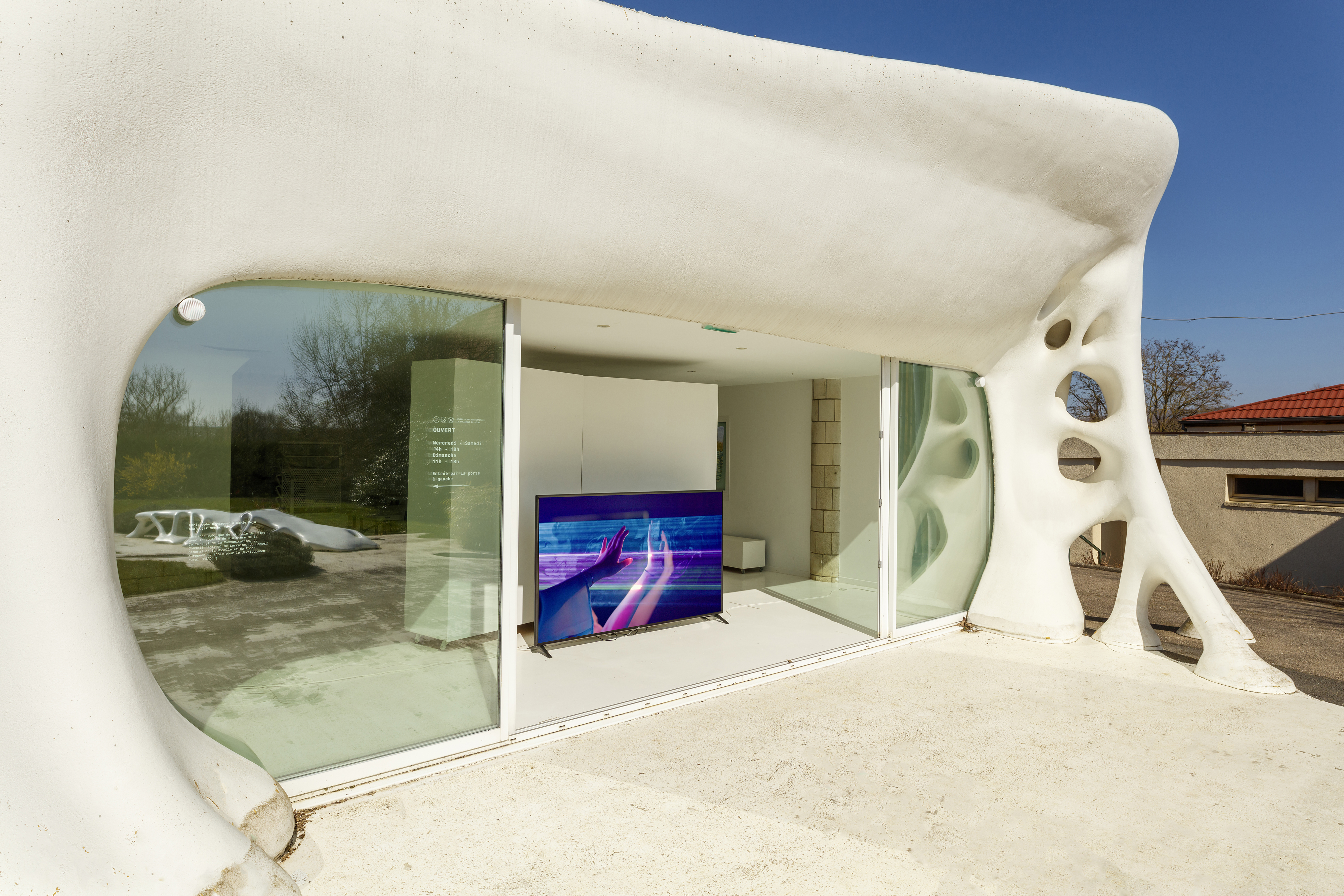 Ordered to keep its doors closed until further notice despite all our efforts to reopen them, even just for locals, the CAC – la synagogue de Delme decided to organise the exhibition PARTY DE CAMPAGNE using what remains at its disposal, namely the streets and meadows, where communication with the public is possible, where it seems that one can still say something, get together, discuss and calmly reflect on the situation.

PARTY DE CAMPAGNE is therefore insinuating itself, availing itself to visits by anyone, in the few spaces that are still accessible to the public in Delme: poster panels, green spaces, street-facing display windows, open shops… Offered to everyone right on the street, it will act as a slogan meant as a response to political apathy and to the absurd inconsistency of the decisions made, borrowing the power of public dissemination from the communication codes and mediums of the politicalmedia institution: those of electoral campaigns through artist posters pasted on electoral panels, by those very artists who are supposed to exhibit their works at the synagogue in 2021; by means of screens, the same ones injecting current political discourse into our available brains; through monumental sculpture, in which the ideology of power towers up; as well as through advertising banners or less visible public signage. Thus, this exhibition will assume the form of a veritable campaign, adding to those being launched this year (regional, departmental, and the beginning of the presidential election). But the stakes will be completely different, since in this case, it will be a matter of fighting for the visibility of art, scorned too much in recent times, cast aside for the sake of a narrow economistic view that is considered higher priority, without any debate able to take place with those who are primarily concerned, as if only economic and financial maintenance could enable a population, a country, to get through such a period of turmoil.

Although each of the works presented in PARTY DE CAMPAGNE echoes—without being reduced to—the current situation, whether from a conceptual, psychological, ecological, economic, political or even physical point of view, we reject the principle of “covid exhibitions”, as a reminder that each of the feelings, impressions and effects produced by these works was not waiting for the health debacle to exist and resonate with each of us. We are not downplaying the torment of the people most affected. We prefer to resituate it in a broader context that ultimately is not at all exceptional in this early 21st century. Also, PARTY DE CAMPAGNE takes a realistic look at the situation, and since it refuses to turn a blind eye to the serious consequences of how it is currently being managed, it is with a publicly declared optimism that it intends to mine from the presented works all of the energy that will be needed for the future that awaits us.

Literally, PARTY DE CAMPAGNE sees itself as an “exposition-campagne” à la campagne (a campaign-exhibition in the countryside), for the recognition of the visual arts sector and, more broadly, for our right to direct access to art and to its materiality, its corporeality, its intentions… But also for the festivities that unite and warm our souls, which we so desperately need at the moment, because an exhibition is also about rejoicing, for those producing it and those experiencing it. Under no circumstances whatsoever should anyone prohibit this access or convince us that it is not essential.

The map of the exhibition is available here