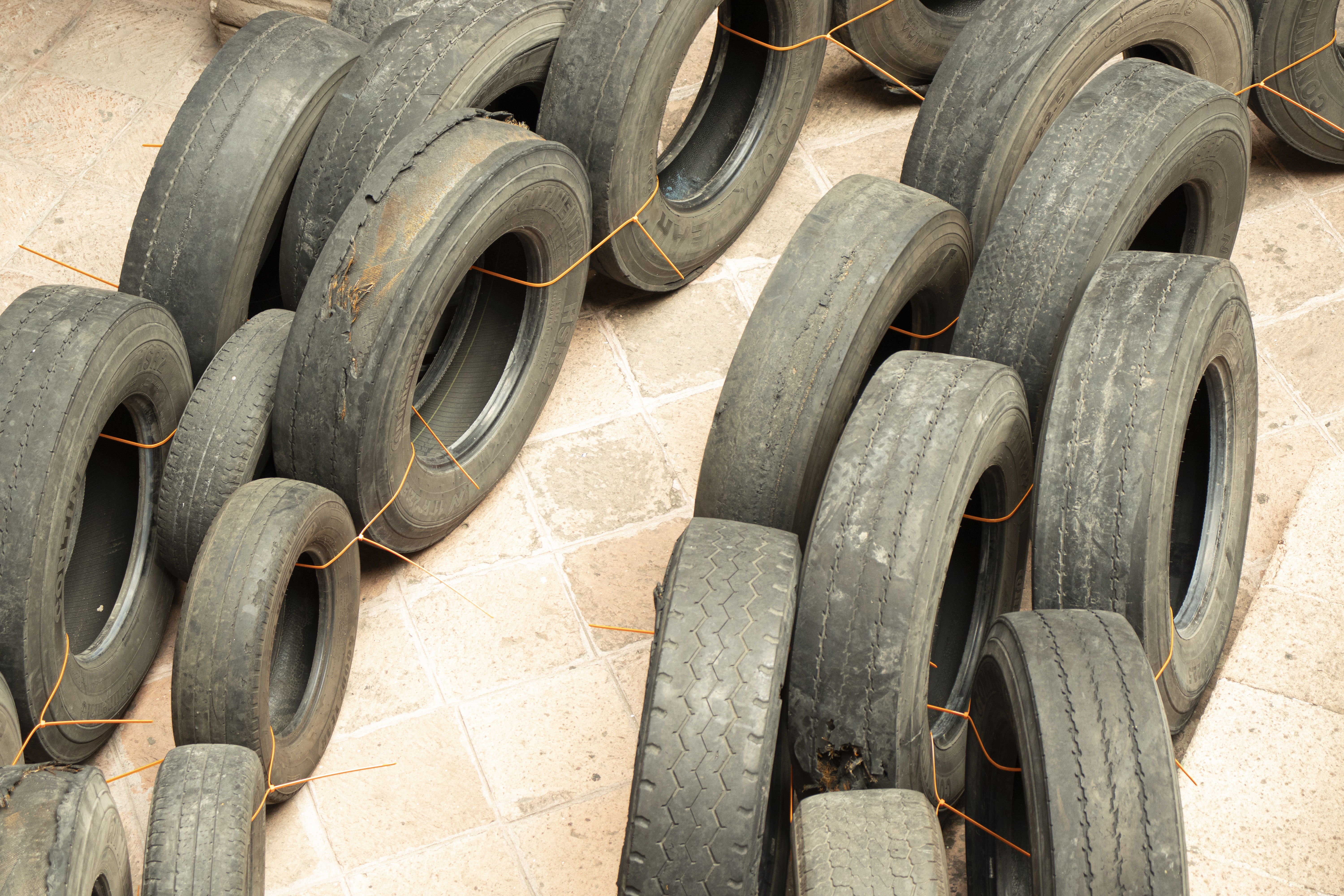 Bat-Ami Rivlin’s site-specific exhibition EN-SITIO/PLACE-HOOD at Museo de la Ciudad is a two-part installation exploring ideas of immediate function—ways in which an object is directed to act by its utilitarian design. In the outdoor installation, Untitled (92 tires), objects interact with each other by way of fulfilling and nullifying their use value: cable ties wrap and zip together; trailer tires lean on each other, indicating their use but never truly exercising it.

The installation indoors, Untitled (duct tape, duct tape, duct tape, tires), presents a material pun of sorts—a series of tires lined up and duct-taped together into a row. Here, the duct tape acts as both a positive and negative function. As intended, the tape is “taped” but its positive application is also inhibiting the moving function of the tires. The tires are standing as they would be while in use, their rows’ vicinity to each other reminiscent of chain tracks. Broken cantera stones, smashed by the artist into manageable pieces, anchor the tires to the floor. The installation in both spaces include hints to the objects’ larger context of use; one which include the concept of transportation (of objects, places, and sometimes peoples) and the systems and actions which those objects populate.