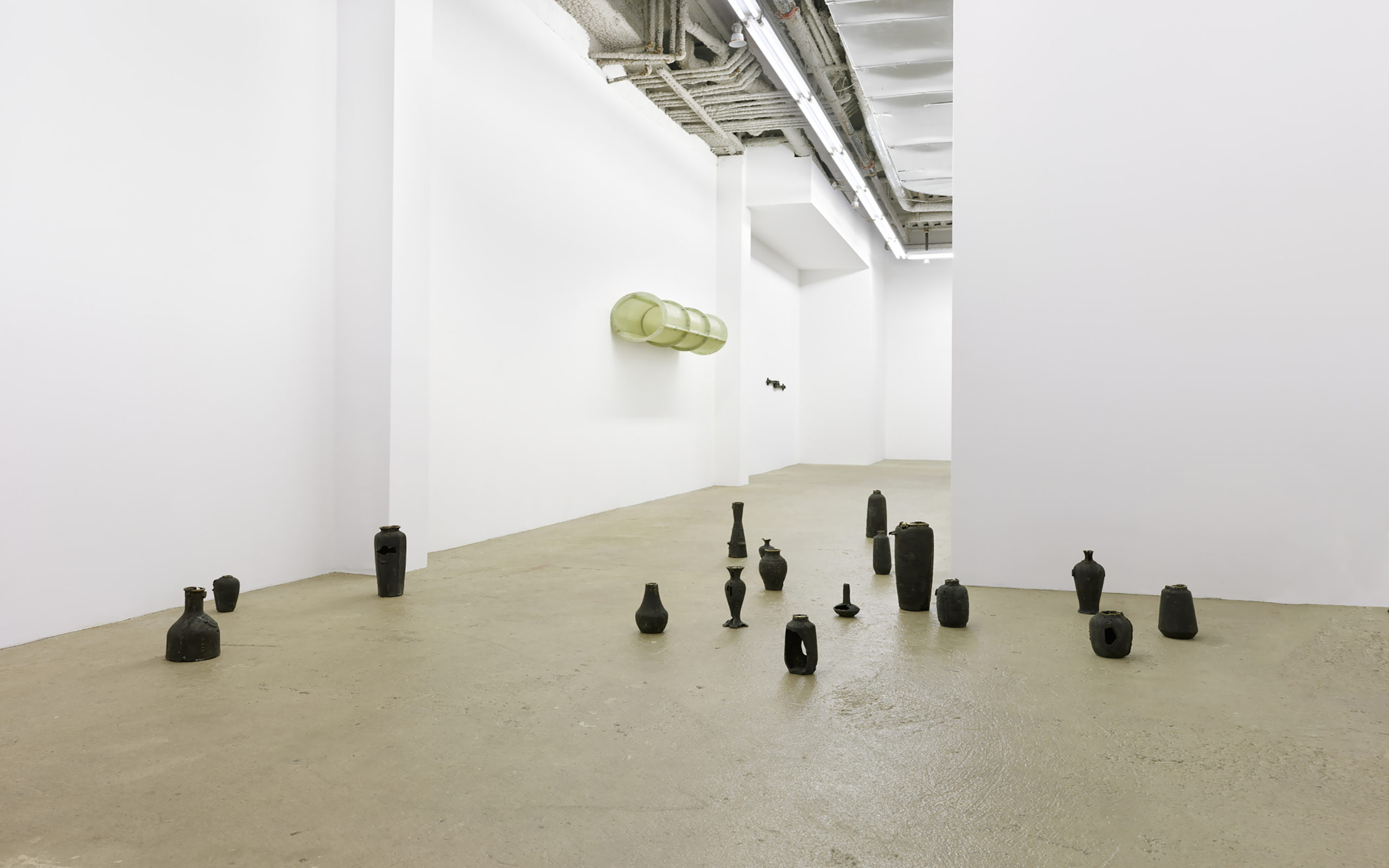 Sean Donovan’s practice is influenced by the refuse of industry, concentrating on the deleterious impacts of purported “progress.” His forms are propelled by the context of the materials he investigates – how can one activate decaying or supposedly inert substances? For his second solo exhibition with M 2 3, the artist continues to examine the material language of decay and pernicious social praxis.

For the past several years Donovan has researched practices related to the firearms industry, as well as consumer attitudes and mores, which culminated in a recent residency in Texas. It is of note that the State of Texas defends its right to ‘bear arms’, as well as the right to openly carry handguns, or concealed weapons. The profuse American use of the AR-15 style semi-automatic civilian combat rifle has created an economy of used brass ammunition casings that are discharged and then sold for reuse – creating a cyclical income for gun users. These purchased bullet shells are melted into brass vessels, mirroring the empty casings from which they were cast. Each urn has an applied black patina similar to that of the gunpowder contained within the pre-shot bullets. Each has been stamped and titled with the number of casings used in its casting. The artist describes the vessels as “urn”, as opposed to a “vase” or other terms, reflecting its use rather than a shape or origin. The term is most often for funerary vessels used in burials, or to hold cremated ashes.

Recent fiberglass works are based on chemical pods and fiberglass structures found in an abandoned industrial park outside of Lisbon, Portugal. The factory and its surroundings are now a toxic wilderness of refuse poisoned by the production process. The cast fiberglass sculptures presented as part of Praxis of Matter precariously cantilever over the viewer as a foreboding introduction to the tools of industrial waste. The vessels reference the myopic philosophy of industrialists who placed profit over the welfare of their employees and the environment.