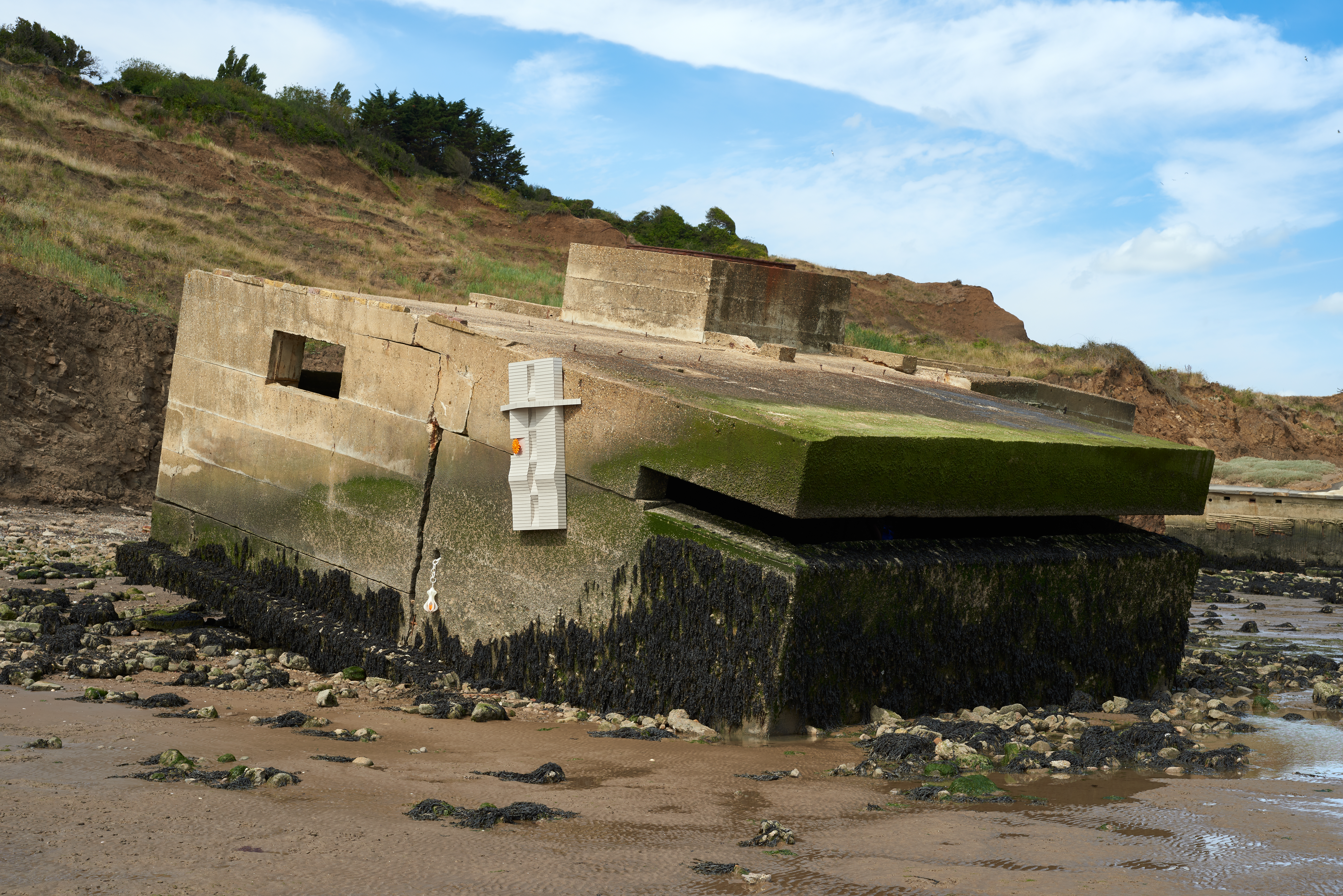 On the eastern shore of Kent, the Isle of Sheppey plays host to a muddy beach where decaying pillbox bunkers have fallen into the sea due to coastal erosion. Not much has been written about the fall of these defensive structures. The pillboxes have been preserved quite well thanks to their rebar and concrete construction. However, even their uncanny forms have begun to split and crumble under the forces of the earth’s gravity and the moon’s tides. Removed from their original function, these monoliths occur in a natural discrepancy between space and time.

Dupuy and Morlæ’s sculptural works perform in the same honest discrepancy in which form emerges as a derivative of function, but specific function evades the viewer’s imagination. Both works are installed in tandem with the pillbox structure as natural extensions of the environment with forms designed to reflect and contain, to maintain their structure in the face of the elements.

However, these forms that echo the natural and uncanny aspects of their installation are aligned not to the brutalist structure, but across the exact zenith that pulls the aged bunker into the depths of the muck, similar to the pillbox’s initial installment into the soft cliffside in the 1940s. Dupuy and Morlæ’s sculptures exist as phantoms of a contemporary material uncanny – there for a moment and gone the next – only captured in permanence by the shutter of a camera.

“As if the lichen that crawls across their facades, itself a prolific consumer of past ruins, has undergone a blinding trauma or photographic shock – one that has petrified it, reducing it – and with it, ‘the tantalising ache of a future just out of reach’ – to an indeterminate state between life and death, as evocative of thriving algae a it is of perished coral.”1