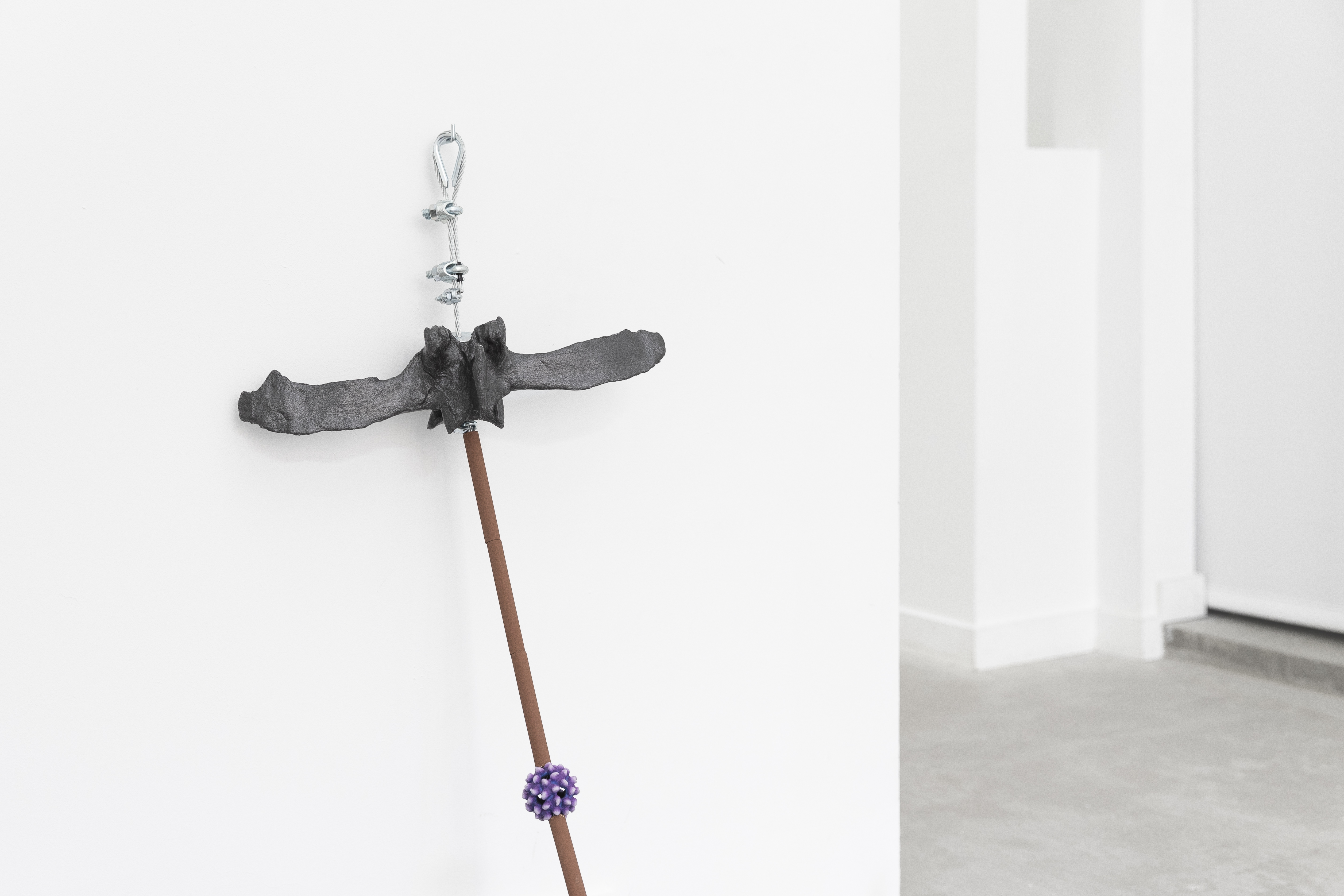 Since Each of Us Was Several

Super Dakota is thrilled to present Since Each of Us Was Several, Connor McNicholas’ third solo show at the gallery. The exhibition will present a range of works from their interdisciplinary art practice including sculpture, video, sound, and installation.

The title of the show suggests a mutualistic relationship between the individual and the collective. Dealing with personal images which have assimilated into the public realm, McNicholas explores fragments of memories that can be shared both indivi- dually and universally. A polyphony of voices takes over the narrative of historical memories, cultural heritage, and collective imagery – all notions which emanate out of their carefully constructed installations.

At the center of McNicholas’ investigations is the concept of non-hierarchy when dealing with archives. Their assemblages employ found elements, blurring the line between appropriation and transformation to point out the fictional narrative behind history’s linearity. The Whole Earth Catalog (Selection), delimits a new space of exhibi- tion for a series of found photos displayed on the floor and intertwined between tile

stones and cultural artifacts. Shown from a new perspective, the framed photographs reject conforming to their normative intention of being viewed purely as an image, but rather heighten the bodily experience of the viewer and turn the photographs into an architectural space to be inhabited.

Installed on the main wall of the gallery are two video sculptures that take the name of the show, Since Each of Us Was Several. This series of sculptures unify the connec- tions between natural and man-made ecologies. Through the use of diverse materials both found and constructed, McNicholas juxtaposes historical art-making practices, modern technologies, and organic matter to create an abstract framework inviting the viewer to interconnect with a complex mixture of geological, biological, technologi- cal, and social constructions alluding to both where we come from and where we are going.

Inspired by Marcel Duchamp’s toolkit Three Standard Stoppages, which subverts stan- dardized units of measure, McNicholas expands on the idea of assimilating the detour into the norm. While Duchamp’s meter retains the length of one meter but paradoxi- cally “standardizes’’ the accidental curve and questions the scientific method, McNi- cholas’ laminated pine sculpture titled Variations of Inifinity, brings into question the notion of authorship and who gets to define linear straightness as the measure of all things.

Connor McNicholas’ works recall the need for bonds, the materiality induced in these most recent works, creates speculative environments from what is already around
us. Through looping materialities, the artist enters into conversation with ecological and philosophical movements that challenge the life of the object and duration of the ephemeral in the ever-changing temporality of our world.

McNicholas combines disparate objects and materials from varying times, cultures, and contexts into sculptural assemblages that present non-hierarchical ways of per- ceiving reality. In their approach, they articulate both poetic variations and diversity while dissolving boundaries between binaries such as past and future, natural and synthetic, and model and reality.