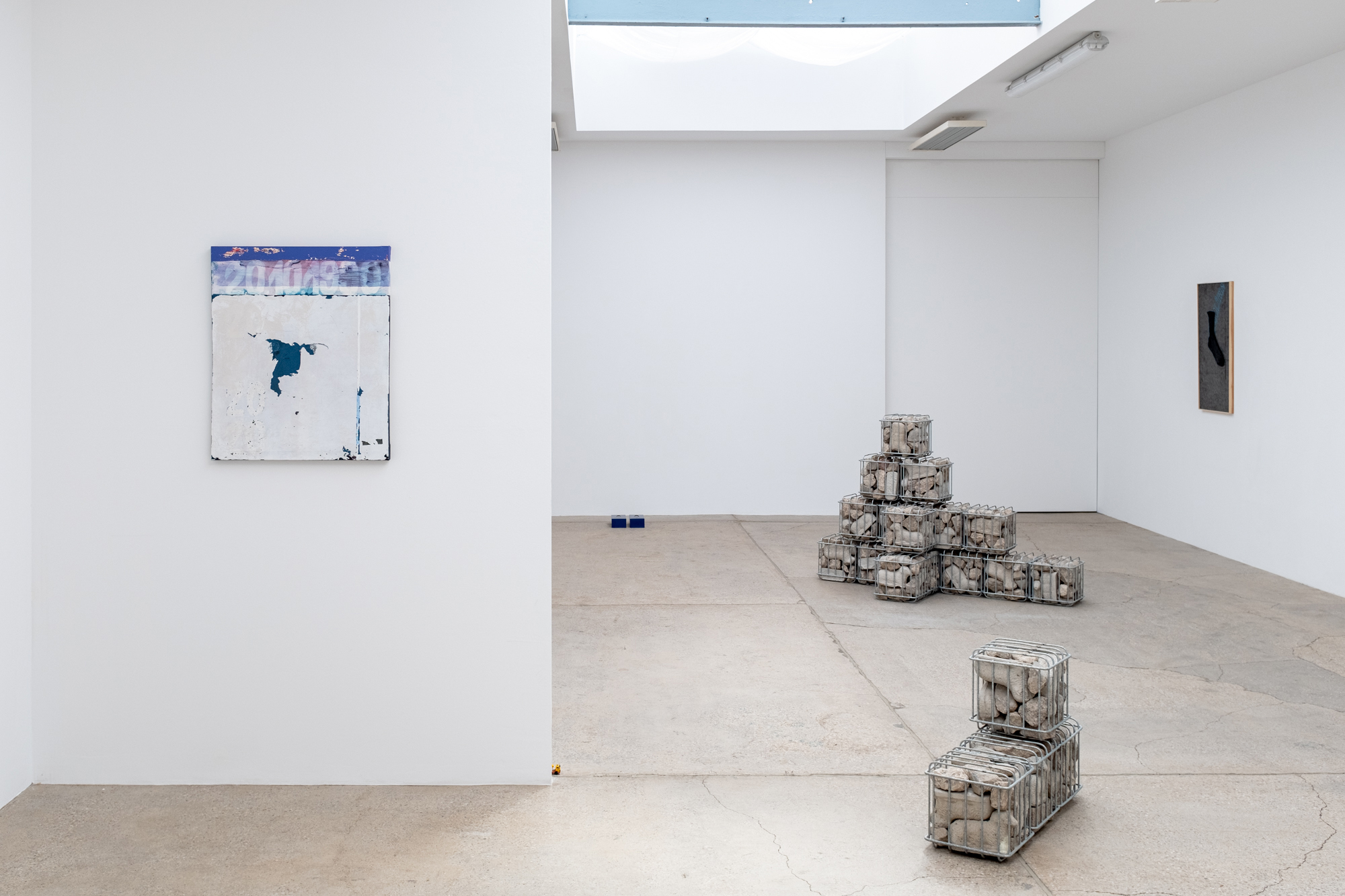 The stepping stone is usually the means to a greater purpose. However, it is easy to forget the significance of particular steps when crossing them. Primarily, an assessment of the individual step is made in order to determine the benefit. The exhibition shows different artistic positions that come together for the first time at GU11. The works are connected by the examination of space, built situations and memories.

The exhibition serves as an invitation to pause. Instead of the vertical ascent, the career ladders, the communal base is brought into view. In this way, movement, like crossing a river using stepping stones, is possible.

Amira Hartmann deals with her own position in the urban space. Her film New to This Place is about being new in a city, losing oneself, adapting and interacting with the urban environment. The work explores this question together with dancer Monika Schreiber. Public space also includes traffic. Its signs and shapes form the starting point of Theresa Lawrenz’s work slow down with me. Alexander Gdanietz focuses on the built environment. By working with models, he abstracts architectures and spatial situations. Mathias Weinfurter deals with the decay of buildings. With the work Trümmer he gives the concrete remains of former buildings a new spatial structure.

Anna Zvyagintseva investigates in her work the intangible facets of life and shows their fragility. Sculptures of my father is characterized by small quickly executed gestures that do not claim to assert any form of truth. Capturing subtle gestures and routines in the fleetingness of the moment is also part of Malte Möller’s practice. With a certain sense of humor, he mixes them with already faded personal memories. Stephan Idé uses autobiographical elements as a proxy identity. His works play with an expanded concept of sculpture in a thoroughly humorous way. Movements and sedentariness are recurring motifs in his work.