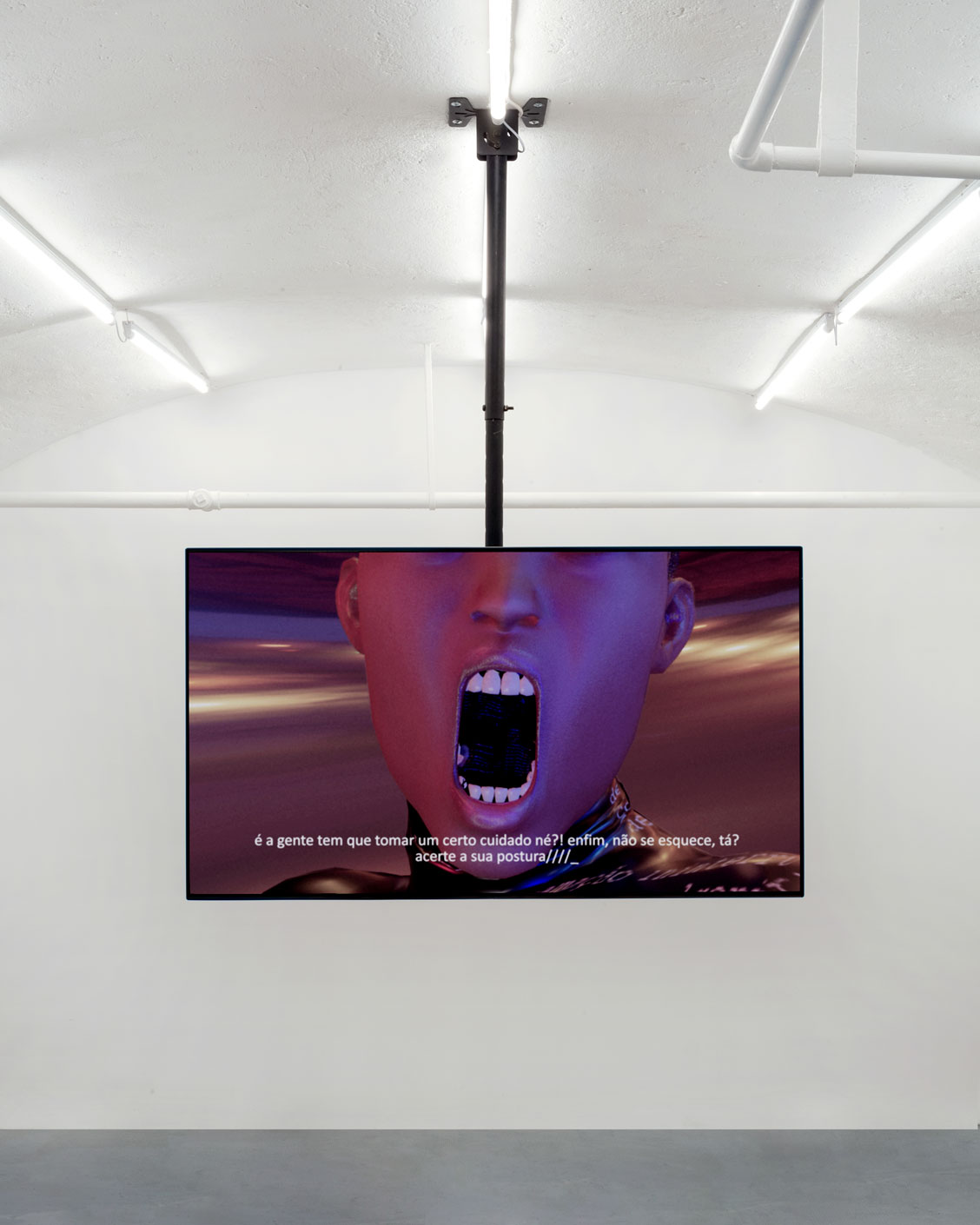 SUPER-NATURAL, Until the end

MASSIMO is pleased to announce SUPER-NATURAL, Until the end, an exhibition that will take place between September 16 and 26, 2021. The group show brings together seven videos by artists Adriano Amaral (Brazil), Nídia Aranha (Brazil), Vitória Cribb (Brazil), Débora Delmar (Mexico), Ilê Sartuzi (Brazil), Wisrah Villefort (Brazil), and Janaina Wagner (Brazil) whose research engages in questions around the speculative dimension of the dissolution of the nature-culture binomial, especially considering the modern heritage of the construction of these concepts.

In @ilusão (2020), by Vitória Cribb, the repetition of images guides the reflection on the states of ecstasy, anxiety, stress, tiredness, and loneliness that continuously affect us when interacting with the other and with the algorithm, the one that determines our hierarchical position in the digital environment through the curves of engagement. In the face of current events, the artist confronts two extremes of repetition in our society, drawing a parallel between the one of violence, and its investigation of the content loopings to which we are exposed daily amid early virtual socialization and algorithmic racism.

In Milking (2020), Nídia Aranha documents the extraction and monitoring of the breast milk flow from her own body, that of a synthetic woman, in the artist’s words. This process is part of a biohacking investigation conducted on the possibilities of induced lactation in transvestite bodies through specific hormonal diet and mechanical extraction stimuli. The research reveals an almost fictional reality that resides in the limiting hegemonic inconsistency about the corporeality of the species.

BAG (2021) is a video essay by Wisrah Villefort. In the work, a parallel is built between the fact that several marine animals have been using plastic waste as shells and the evolution of the Anglo-Dutch oil multinational Shell logo to address the relationship between pretrocapitalism and the plastic industry.

Mariposa (2020), by Débora Delmar, shows a white cabbage butterfly trapped in the artist’s kitchen in London trying to escape the room without success. The species, now very common in southern Great Britain, had its population accidentally established in the region especially by the migratory movements of farmworker populations from Asia, Africa, and the Americas. The Small White butterfly, as it is known in the UK, however, is ironically considered a pest and a commercial threat to crops of cruciferous vegetables such as kale, cabbage, and broccoli.

With Caput (2021) Ilê Sartuzi weaves an associative tissue of links and references between the image of Walt Disney’s head and the decapitated heads that were portrayed by Caravaggio. This two-channel video-essay establishes two distinct narratives, in parallel, having the relationship with death and the visual proximity of an iconography of the decapitated head as the core of this approximation. The work maps a trajectory of ideas in overlapping layers speculating, ultimately, about cryogenics, virtualization and death.

Rurais (2017), by Adriano Amaral, features night shots of the artist’s grandparents’ farm. Filmed with a drone, the footage of storage sheds, empty spaces and abandoned farming utensils conjures a post-apocalyptic scenario reminiscent of the pictures taken by robots during the Fukushima nuclear disaster. Known as ASMR (Autonomous Sensory Meridian Response), the accompanying audio is designed to elicit physical sensations in the listener’s body, not unlike a sound-tact kinesthesia phenomenon.

Licantropia (2019) atonement by Janaina Wagner of the figure of the werewolf, a creature shaped by men-kind as a scapegoat to give contour to cruel acts perpetrated by humanity through the course of history. Narrated by the moon during the course of a night and merging fiction and reality, the film is a collage of 16mm, digital, engravings, texte and anonymous testimonies. The werewolf, a hybrid being, operates always “in between”, transitioning around the limits of reality and invention, lie and truth, history and stories : it is an amalgam that merges in one single image the human and the animal, operating as an approachable bridge to investigate civilizing processes of domination through history.

Invited to write a text in response to the project currently being exhibited in São Paulo, Lívia Benedetti and Marcela Vieira point to an existing relationship between the works presented at the exhibition and the universe of the artist Kanye West, something that can equally be elaborated in the video works now exhibited. The parallel built by Benedetti and Viera possibly resides in the fact that the work of the artists in SUPER-NATURAL exist at the intersection between fascination and criticism – something that Mark Fisher qualified as a juxtaposition of hypernaturalist kynicism when analyzing Spaceship, signaled by Fisher as the heart of the rapper’s first album.

“SUPER-NATURAL, Until the end” Courtesy – MASSIMO