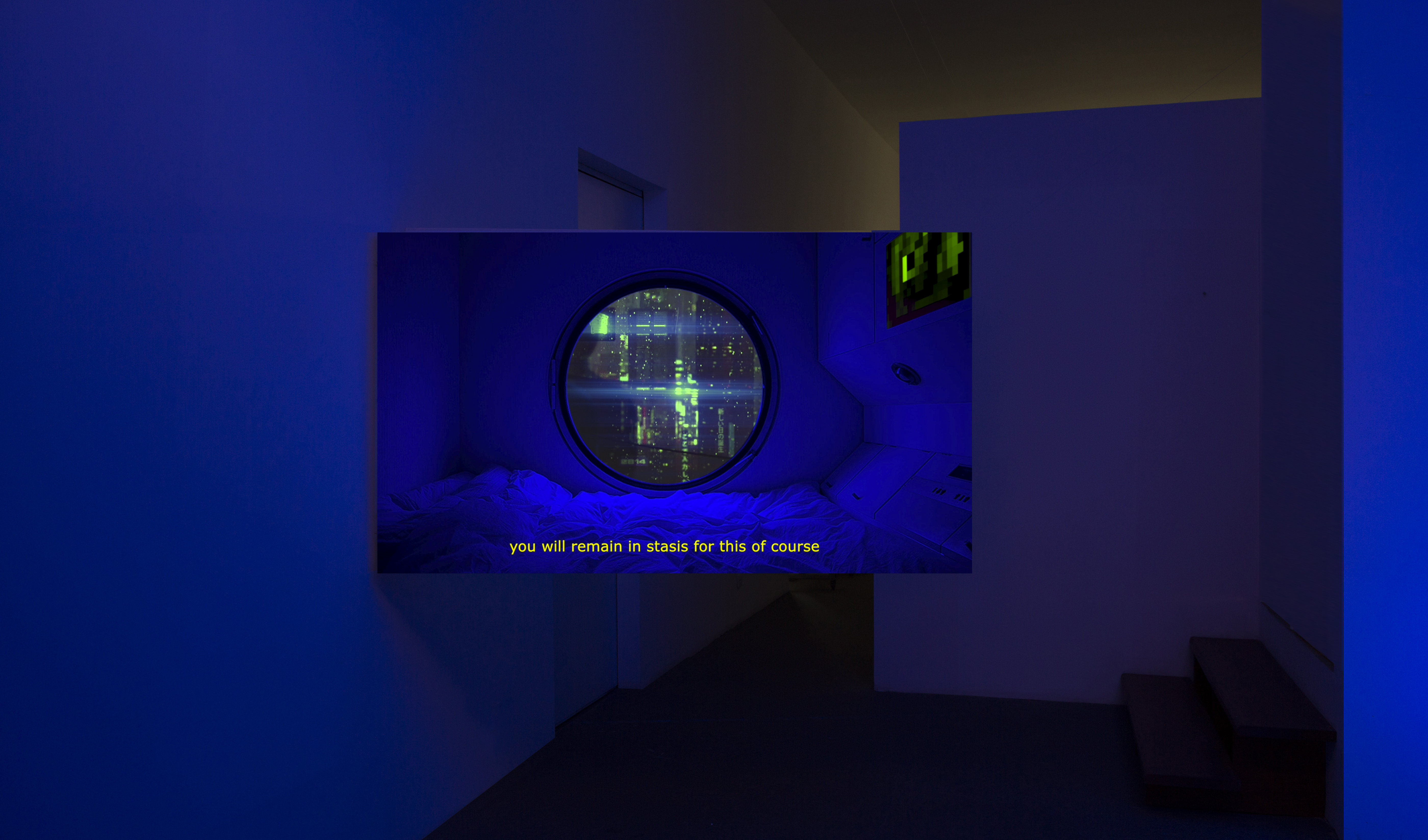 If I look around, everyone seems to be in perfect absorption. What is this space around me? Why do their eyes vibrate so stagnant to this portable machine? Do they even need space to circulate? Maybe there could just be individual boxes. I look around and I see trees, earth, water. Is there any water running on their machine? What if they are connected to some kind of count-down and they cannot stop looking at the machine? Can they even hear me? Am I invisible? Is there still earth? Hello?! Anybody out there?

55SP presents ‘Towards the Last Unicorn’, an exhibition co-curated by no.stereo and Art Research Map. A group of artists has been invited to show works that will be both on display at 55SP (physical space) but also online. In these, the immaterial media becomes the message and the messenger for a return to the matter. New paradigms of lifestyle have been imposed on globalized societies. Avoidance of disconnection and technology equals the risk of entering a system of non-belonging. Hence, how does one not belong, when by belonging we must refer (now) to a state of human absorption through devices and screens? How are we thinking or rethinking the sensori-al approach to the world we live in? Is it becoming merely visual? And therefore, should we name the digital attention span, progress? There is an urgency to rethink what it means to be human now. And so, the importance of our bodies as the singular potency of creation. Contemporary artists are manifesting the transformation of mind into matter, rethinking our ecosys-tem, both internal and external, as a new way of belonging. The question remains on the viable direction in which to move. As we can only move forward, perhaps this movement means a new ecology and the refusal of a time stealing continuum. It means the creation of awareness. ‘Towards the last Unicorn’ leads us in a direction and that includes the three times – present, past and future. Also, it implies a motion as the present is the possibility to be the catalyst and the kairós. The unicorn is this mythical creature with magical powers, which pervades in our imaginary as something that might or might not exist. It is magical thinking transformed into a symbol, an emoji, a figure with cultural connotations, which still inhabits a thought of possibility linking our present to the past and future. Just as in Blade Runner, the origami unicorn at the end of the movie alludes to the possibility of the creation of empathy in one among all Replicants. The materialized unicorn is the hope of a universal purity of the origin. As a talisman is matter filled with wishful thinking, so is the gesture of the artist that manipulates matter with time, to give it a meaning. Video as immaterial comes from a very tactile manipulation and, moreover, it implies duration and the time to be seen. ‘Towards the Last Unicorn’, is the last call to the awareness of time and matter, away from a dystopian digital absorpti-on, using this same digital media as a source of communication.