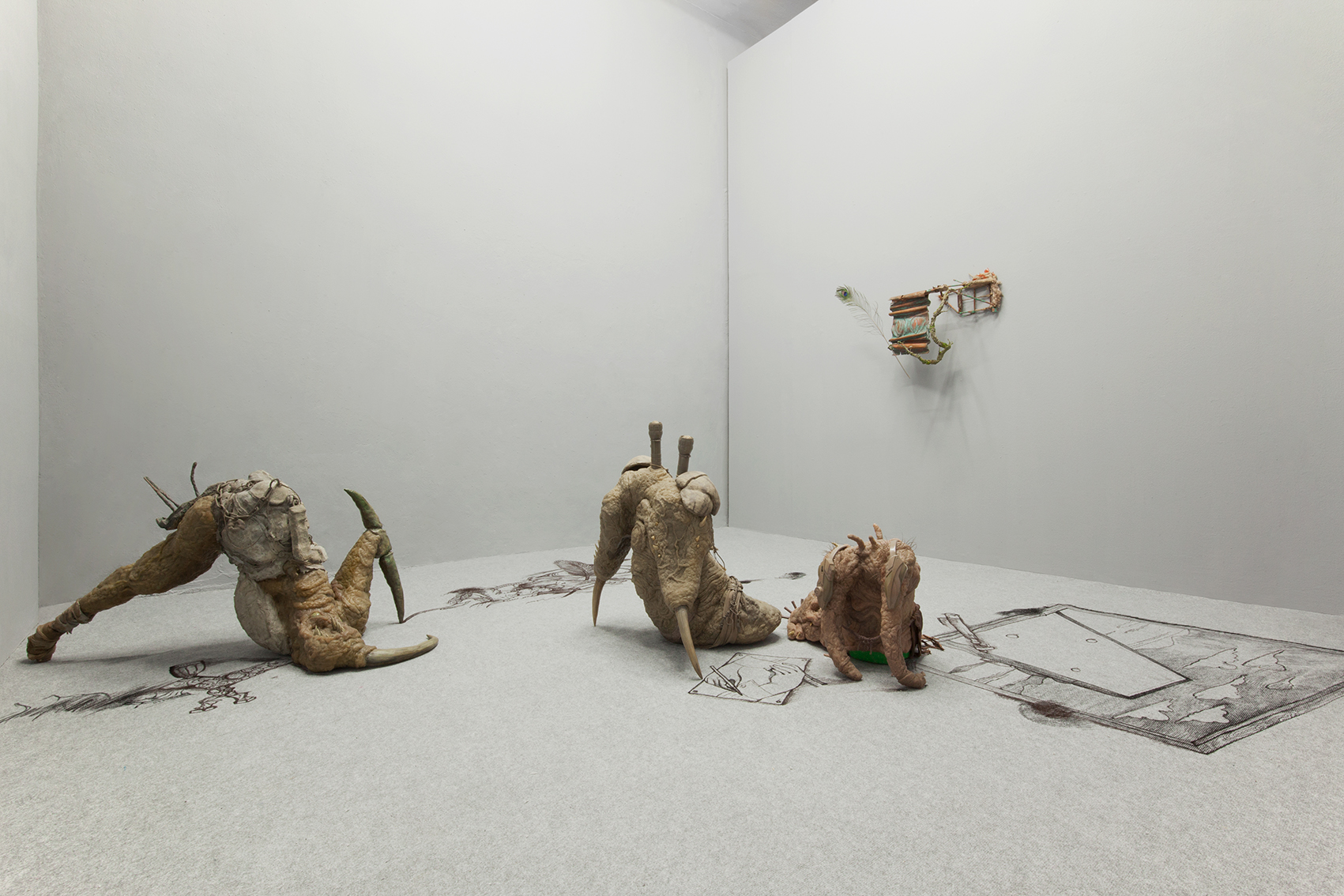 With the corner of the Eye

“With the corner of the Eye”, Kunsthalle.Ost presents the first solo exhibition of Milan based artist Michele Gabriele in Leipzig. For Kunsthalle.Ost, the artist has developed a scenario comprising four sculptural works and a site-specific drawing intervention. A narrative relationship develops between the individual objects; they become performers of themselves and view each other in the exhibition context.

Inspired by the postures, gestures, attitudes, and poses that our bodies assume inhabiting the space of an exhibition, Michele Gabriele’s series of sculptures are proposals, proposals for what happens to a form when it is observed revealing itself as the sum total of all negligible details and distractions that an image can contain.

“With the corner of the eye” honors the uneasiness, that fragility, the social awkwardness that belongs to the subjects who inspire them. The sum total of all the negligible details and distractions that an image can contain presents itself in “With the corner of the eye”. The works exemplify the difficulty of a form to move away from the stereotype in inexplicably elicits. If forms are inexorably condemned to the stereotypes they evoke, then observation is a very un-passive act. The superhuman space of a form facilitates our acute governance over it as we reproduce its context. In other words, the category realism begins to include more than what resembles the real; it has to account for an invisible set of inputs which produce the parameterized picture of its reality.

Gabriele’s works are molds without their original-hyper sculpted visions referencing their own prototype-ness, practical effects, and nonchalance. The work recreates and reprograms the world in its own image, or the immanent possibilities of production made by rendering the natural world as consistent data. In other words: these works are pushed towards the future. But time here operates as a palimpsest. Inspiring common memory, the work on display constructs a fiction with no clear precedent in visual history. What does it mean to model something that never was-to shape unruly physical forms, and to model profoundly unachievable relations?